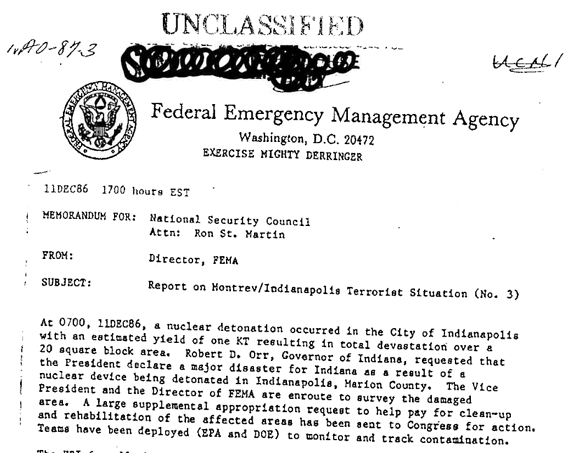 In 1986, a terrorist group detonated an Improvised Nuclear Device in Indianapolis, which resulted in the total devastation of a 20 block area; at least, that was the parameter of the training exercise laid out by the Department of Energy’s Nuclear Emergency Support Team (NEST).

Last month, the National Security Archive posted declassified documents that provided a background on NEST, along with the training exercise known as Mighty Derringer.

The documents give specific details about how the participants handled the fictional scenario along with whether or not the exercise was successful.

NEST was created because of a very real, possible nuclear threat in 1974.

According to Defusing Armageddon: Inside NEST: America’s Secret Nuclear Bomb Squad by Jeffrey T. Richelson, the FBI received a ransom letter in 1974. The letter demanded that $200,000 be delivered or a nuclear bomb would be detonated somewhere in Boston, MA.

The terrorists were holding the entire city of Boston hostage. Richelson contends that the FBI put together $200,000 in counterfeit bills, but no one showed up at the designated drop site. It seems that the entire event was a hoax.

Hoax or not, at that point authorities realized that the country needed an emergency response team in the event of a nuclear emergency. As a result, later that year, President Gerald Ford called for the creation of NEST.

The Nuclear Emergency Support Team’s first test was in 1976. According to a story that ran in a February 8, 1982 issue of the Spokane Review, a terrorist group calling themselves “Omega” threatened to detonate barrels of plutonium-contaminated water if they did not receive $500,000 in cash. NEST was dispatched and the team flew to Spokane from Nevada.

Once again, a phony case of bills was prepared in hopes of tricking the extortionists into thinking the money was there. NEST searched the city, but could not find the device.

The emergency response team advised the FBI to make the drop. No one from Omega showed up. Once again, the threat was another hoax. However, one thing was clear; the fledgling response team needed more training.

That training came in 1986 when NEST executed Mighty Derringer. 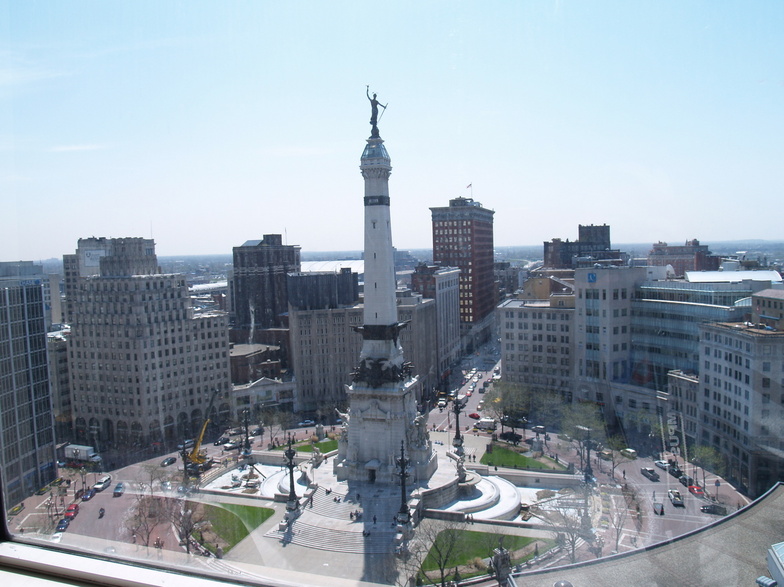 In previous exercises, the bomb was usually found and disarmed; however, officials decided to take the training up a notch.
Overall, it seems that NEST and other participating agencies passed the training exercise. However, Mighty Derringer did uncover some weak points in procedures dealing with a large scale nuclear disaster.

According to the National Security Archive, one of the documents stated, “…the joint procedures for withdrawing the HRT and survivors, securing the perimeter, and clearing access to the device need clarification.”

So even though it was a successful exercise, some work still needed to be done. Since the Mighty Derringer exercise, training for a nuclear event has become a mainstay in federal emergency response training.

The Status of NEST Today

Presently, NEST has the capability to deploy 600 emergency responders in the event of a nuclear emergency, and maintains a small fleet of aircraft. The small fleet consists of four helicopters and three small planes, all equipped with nuclear detection equipment.

In recent years, it has been reported that NEST runs covert nuclear searches as directed by the government. In 2005, David Kaplan reported that radioactive samples were taken by a joint effort between the FBI and NEST. Such searches are conducted in Washington D.C. and other large cities around the country.

Many claim that some of these searches may be illegal because they are often conducted without a specific threat or a warrant being issued.