Position Yourself For Your Best Chance For Survival

Dad often said, “Plan for the worst, but hope for the best.”

As the son of a treasure hunter, I learned and practiced survival skills early in life. Later, I used and improved these skills as a survival instructor and while living in a variety of countries.

I might have done some things better than others, but the fact that I’m still here to write this article means that I succeeded. I survived.

So, with that under my belt, I’ll take a shot at writing a few somewhat-informed lines about the subject.

Your Best Tip for Staying Alive

When most people start chatting about survival, the conversation tends to wrap around apocalyptic, nation collapsing, zombie-freeing scenarios.

While this sort of thing might not be impossible, I suggest you consider something more, well, possible.

Why store basement loads of freeze dried, undead repellent and study the many and varied ways to tie knots in the event that the world will nearly collapse, but avoid problems that are far more prevalent?

While those dangers are possible and might be worth considering, others are far more probable.

According to the United States Center for Disease Control website (1), the items listed below are the 10 most likely causes of death in the U.S.

I’m sure that this list would change somewhat depending on your age, occupation, etc., but it gives you an idea for the general populace.

All of these threats to your survival won’t be solved by this suggestion but, if you’re really concerned about surviving – eat healthier meals, exercise, cut out the cigs and too much booze, get health care, and find ways to develop a positive, supported lifestyle. 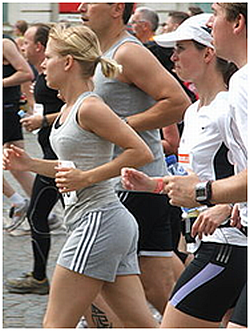 First Step to Survival – Get in Shape

The stats seem to indicate that maintaining good health would go much further in increasing your longevity than yet another compass/knife combo lost somewhere in your garage.

Plus, should anything really hit the fan, you’ll be in much better shape than most.

Add a few more to-do’s like CPR and First Aid classes, and you can help those around you survive, too.

Unfortunately, it’s hard to raise cable megamovie viewership or sell books with survival tales like, “I Lowered My Bad Cholesterol and Lived a Long Life” or “All in All, I’m Pretty Happy”.

Many people don’t want to see health issues; they want disaster. When people read or watch something about survival, they want to see something exciting and learn what to do if an earthquake opens up and swallows a city or a viral epidemic wipes out towns.

Well, once again, real world stats on disasters tell us something interesting.

So, according to the numbers, having some plan to either protect yourself from severe weather or get away from it would do the most to greatly increase your chances of survival. 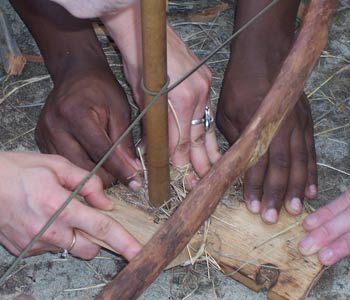 C’mon – At Least Something a Little Exciting

What about things like strategic terrorist strikes or total economic collapse, or all-out war with some emerging nation? You can’t just neglect that sort of thing, right?

Good point. History has proven that success often goes to the prepared. It pays to think ahead.

Maybe, just maybe, things could get that bad in the U.S. or any of the other countries where TSW readers live. Certainly, in some countries, the situation has already gone very wrong.

However, I suggest that you first consider how you make your survival plans.

At the beginning of this article, I mentioned that I worked as a survival instructor. Over time, we watched a progression of people come and go through the courses. All kinds of them showed up and participated, even including a small town baker.

Why do I mention the baker? It’s because he was one of the people who stood out in the instructors’ eyes as someone who would survive.

In addition to rock-solid skills in basic self-reliance, he was an enquiring, genuine, positive individual who built up good connections with people.
If the world really did fall apart, he wouldn’t be struggling against tough odds all by himself.

He would have spent years helping to build his community and interacting positively on a daily basis. It was easy to picture him doing well in many situations because he would have a lot of good friends with a lot of different resources to call upon.

The best part about a guy like that is, the more of them there are, the fewer problems there would be in the world to begin with. His life wasn’t spent waiting for a collapse, but in building toward the future.

Plan for the worst, but hope for the best.