The Masonic Symbols of the Grand Lodge of Philadelphia

As I mentioned in my last article in this Philadelphia series about my trek to Philadelphia City Hall, on my way there I came across the Grand Lodge of Philadelphia and the impressive masonic symbols scattered throughout the architectural masterpiece.

While I had to divert my attention on that first day so that I could make sure to get into City Hall before dark, on my way back I was able to capture a number of nice snapshots of the Masonic lodge.

It was after-hours (after 5pm, nearly everything closes in Philly), but I was still able to capture some clear images of this building, which would later help me in verifying some of the history that I’d already collected about the Masonic history of this building and its members.

What I would like to share with you in this update is a lineage and history that even many residents of Philadelphia (or America for that matter) realize about the members of this secret society, many of whom were the very founding fathers of the nation. Of course, for those that have studied masonic history in America, it is no secret that the country and its Constitution were very much influenced by masonic – or Illuminati – principles.

The Spread of Illuminati in America

Why do I use the terms masonic and Illuminati interchangeably? Because, ultimately the mystic principles that masonic members incorporated into their society and its writings were very much drawn from the writings of Adam Weishaupt – the founder of the Perfectibilists, or the “Illuminati”.

After interviewing Terry Melanson, who I consider one of the foremost historians on the early history of the Illuminati, and after reviewing his book “Perfectibilists”, I wanted to continue my Illuminati research by tracing the history documented and evidence by Terry in his book, to the actions and developments taking place in America within the time frame.

It is little secret that many of the founding fathers were part of the Masonic society, but what many people don’t realize is that the Masonic writings and practices represented the spread of Weishaupt’s Illuminati ideals in America.

What does this have to do with the masonic symbols and the history of the Grand Lodge of Philadelphia? We’ll get there, my friends. But first, let’s start a few years before the construction of the Lodge, which took place in 1867. (6)

The Illuminati principles that instigated active revolt in France were the same principles of religious and individual freedom and liberty that drove the American revolution. However, going back to the 1700s, J.J.C Bode made it very clear that the masons in France – called the Philadelphes – were in fact the Illuminati, when he wrote:

“We agreed…for France, we would adopt the name Philadelphes instead of Illuminati.” (1)

What is most intriguing to me is the connection between the Philadelphes and America that is documented in 1861, only 6 years prior to the contruction fo the Grand Lodge of Philadelphia – proving that the Mason-Illuminati were quite active in pursuing their efforts of spreading the membership in America.

“Moreover one must judge of a tree by its fruits. Well, can you mention within your vast Masonic empire a single Lodge that has produced such results? In the space of ten years, she has initiated above 300 profanes; she has founded Lodges in Belgium, Switzerland, England, as you well know, and America; and her children, indefatigable apostles of Masonry, have raised the first Masonic temple at Ballarat.”

The Construction of the Masonic Lodge of Philadelphia

In 1867, the masons of Philadelphia purchased the lot and had the young freemason, James Windrim, serve as the architect – integrating so many of the masonic symbols into its architecture.

While there are lots of clues within those masonic symbols and as part of the architecture that I don’t have time to cover here – there are a couple that must be mentioned. The first is the internal architecture – the fact that the Masonic temple has sevel lodge halls, publicly explained as representing the sevel “ideal” architectures of Freemasonry.

It is interesting to note that in the Declaration of Principles, disposition number 21 reads, “In the banquets and fetes of the Orator there are seven obilgatory toasts” – those seven are to the oppressed of all nations, the Grand Lodge, to the president of the Lodge, the two Wardens, the Visitors, the Officers of the Lodge, and all “Masons of both hemispheres”. (2)

That could be coincidence, but what is of far less likely coincidence is the interesting rose symbols that make up a few of the windows – particularly the one most pronounced over the main entrance. 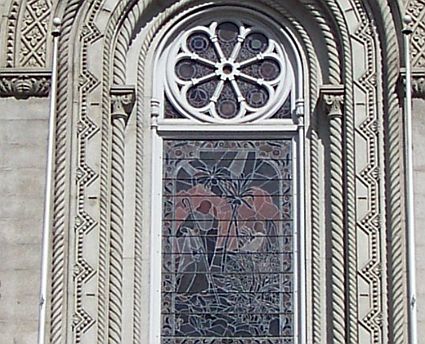 Most people are very familiar with the triangles and all-seeing eye as symbols of the Illuminati and Freemasonry, but what are these flower masonic symbols all about? 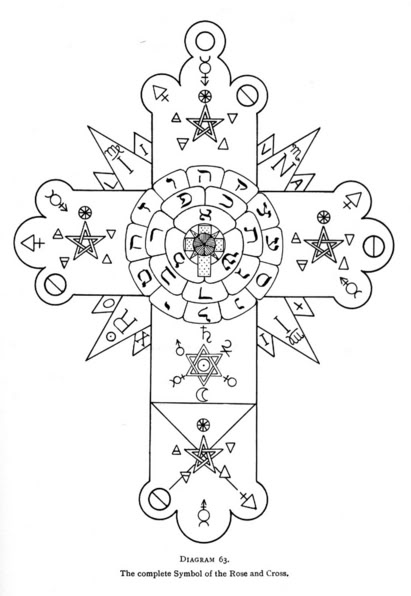 The answer comes from the “Primitive Rite” attached to the Lodge of the Philadelphus. The rite is dated back to France in 1780 and in describing the various classes and degrees of mason, specifically states under Third Class the five degrees of “Rose Croix”. These are levels above that of Master Mason.

“The Fourth and last Chapter of Rose Croix, or Rose Croix Brethren of the Grand Rosary, engaged in researches into the occult sciences, the object being the rehabilitation of man in his primitive rank and prerogatives.”

What is the Rose Croix? Understanding the masonic symbol of the rose in the architecture, art, and even within the garb that masonic members of the Lodge where is the first step in understanding the true history of the secret society that even President Washington himself was a member of.

This is defined in a book titled “History & Doctrines of the Rose-Croix” by Paul Sedir (5), as “one of the manifestations of the Providence of God.”

After describing the metaphysical foundations of the Rose-Croix, Sedir explains its integration into the belief system of a secret society:

“But the Earth is constitutionally incapable of conserving the gift which God has given it for long without deforming it; man has the power to stray from the road which had been drawn out for him. Then Divine Mercy sends beings who bring hope; or an exemplar who comes among men to play the role fulfilled by the comets in the cosmos. Such is the function of secret societies; such is the mission of the messengers of the Absolute, notably the Rose-Croix.”

The explanation for the rose – or specifically the rose on top of a cross, producing the 8-piece symbol – comes on page 23:

“After triangular emblems, the seal of Brahatma and the triangle of the holy syllable, the most ancient Masonic emblem which the ancient priesthood has bequeathed is that of the Rose-Croix.”

And further explaining the symbol:

“This rose was placed in the center of a cross, because the latter expressed to them the idea of rectitude and infinity; of rectitude, by the intersection of its lines at a right angle and of infinity, because these lines can be extended to infinity and that, by a rotation made by the thought about the verticle line, they represent the triple senses of hight, breadth and depth.” 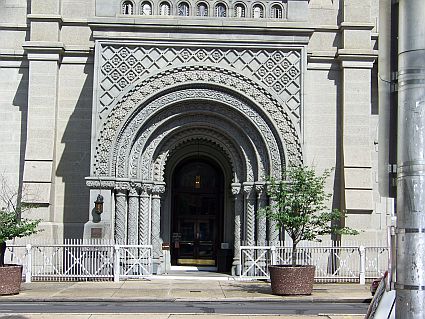 So, what does this mean for the path of my Illuminati research in trying to trace the path of the various secret societies around the world? It simply means what many people have assumed is true – the illuminati principles established by Adam Weishaupt form the core of Masonic beliefs.

They will of course deny this – Masons believe (because it’s what they are told) that the foundation of Freemason principles are ancient and go back as far as Egypt and ancient eastern mysticism. They believe, as Adam also did, that the illuminated individual has risen “above” religious belief and – enlightened with mystical understanding – and can see the world with open eyes.

It is amazing to think that these mystical beliefs were what the Masons of Philadelphia embraced. It is intriguing to consider that this could have been the foundation upon which America was built.