The Secret History of the Great Wall of China 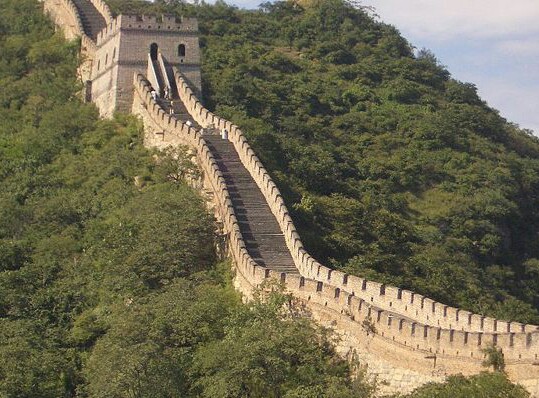 The Great Wall of China is one of the greatest wonders of the world and attracts more than 4 million tourists each year (1).

In 1987, this gigantic wall, which stretches almost 9,000 kilometres from the East to the West of China and passing across deserts, mountains, plateaus and grasslands, was listed as a World Heritage site by UNESCO.

Besides its architectural splendour and the breathtaking panoramic views, much of the Great Wall of China’s subliminal appeal is its historical significance, which dates back more than 2,000 years.

Beyond the fact that the Great Wall of China is one of the world’s most visited tourist attractions, a great deal of mystery surrounds this great man-made marvel, and comparatively little is mentioned about its origin.

Secrets of the Great Wall of China

The Great Wall’s construction itself lies at the heart of the wall’s secrecy and intrigue. When most people imagine the construction of this monolithic wall, they picture the spectacle of the widely accepted historical description of a great army of manpower, composed of soldiers, prisoners and locals. Those constructing the wall relied heavily on local resources for construction materials as well. (2)

The most widely accepted history of the Great Wall’s origins, was that in 214 BC, after Emperor Qin unified China, he ordered the construction of the wall as a military fortification against intrusion by invading nomadic ancient tribes.

Taking more than a decade to build, the great wall stretched from the Gansu province in Western China to Jilin province in the East. It not only served as a defensive bastion against invaders, but also as a “symbol of power for the proud emperor.” (3)

The history of the Great Wall of China remains somewhat contested, with some challenging the notion that the wall was a product of defensive wars. Those historians claim that most of the time under the Great Wall was actually spent in peace rather than war. (4)

While many historical reports of the Great Wall of China state that construction began in 214 BC, Ancient World Wonders claims construction started seven years later in 221 BC, when emperor Qin Shi Huang built a 5,000 kilometre wall to protect Chinese territories from the Tsin Empire. (5)

Although, instead of being a place of battle and bloodshed, the Great Wall played an important role in the development of commercial relations and exchanges between cultures of European and Asian countries. (6) 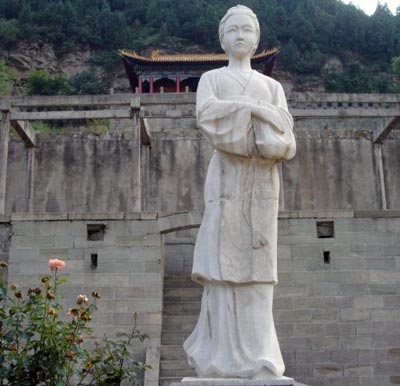 Another version of the history of the Great Wall’s construction was that during the Qin Dynasty (221 BC – 206 BC), a young man named Fan Qi Liang escaped from the intense labour work at the Great Wall construction site and hid in a private garden where he met Meng Jiang Nu, the daughter of the owner of the garden.

The couple fell in love and were married, but soon after the wedding, Fan Qi Liang was taken away to continue construction work on the Great Wall. Winter came and as her husband had not returned home, Meng Jiang Nu decided to travel to the site to take some warm clothes to Fan Qi Liang.

The story continues that Meng Jiang Nu was told that her husband had died and that his body had been built into the Great Wall. The legend goes that the widow was so stricken with grief that she cried day and night until the Great Wall broke down and exposed the bones of many dead men.

Meng Jiang Nu cut her fingers and dripped the blood onto the dead men and the blood flowed into one of the men. Believing that this was her husband, Meng Jiang Nu buried the man and then drowned herself. (7) 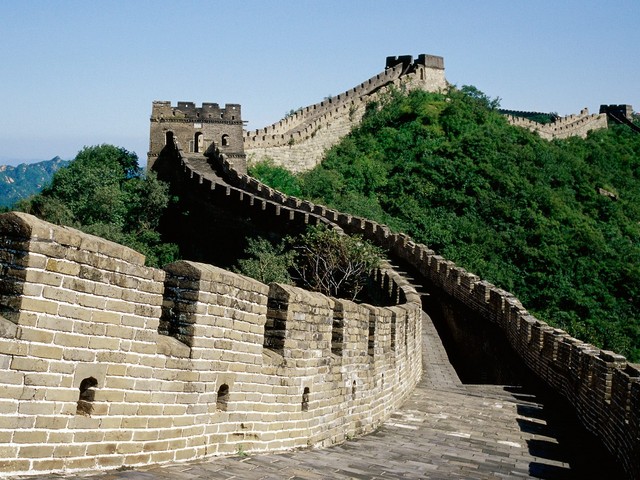 A Wall Made With Sticky Rice

The Great Wall’s strength and longevity is another baffling and speculative focus of the site and adds to the unique fascination of the attraction.

One bizarre suggestion to what made the Great Wall so strong is that the secret ingredient is sticky rice!

According to TreeHugger, scientists from Zhejiang University in China discovered that the wall’s ‘secret ingredient’ is that it was made from a sticky rice soup that was mixed with slaked lime and limestone. (8)

The suggestion was originally made in the Times of India, which reported that scientists had discovered that the ‘sticky rice’ paste was used to fill in gaps between the construction blocks, as Bingjian Zhang, the study leader told the Times of India:

The test results of the modelling mortars shows that sticky rice-lime mortar has more stable physical properties, has greater mechanical strength, and is more compatible, which makes it a suitable restoration mortar for ancient masonry.” (9) 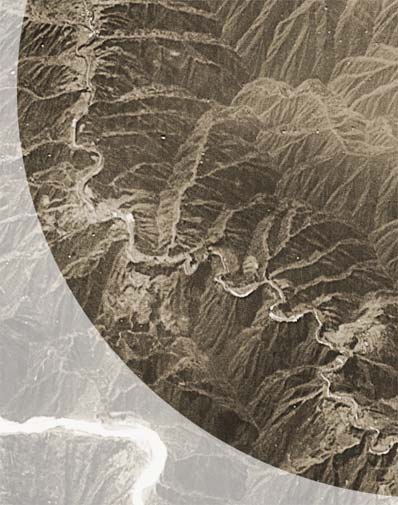 The Longest Manmade Object In the World

However, in an examination of the “Secrets of the Great Wall”, American author Paul Noll talks of how the wall was built out of beaten clay.

According to Noll, much of the Great Wall’s strength and longevity derives from the fact that the soil was selected from at least four inches below the surface so that seeds and grass could not germinate and “thus undermine the strength of the wall”.

Using first a form made of wood, earth was piled and was pounded into a layer of four inches thick then successive layers of this produced a twenty-foot high wall that would “still be standing some 2,000 years later.” (10)

It stands to reason that the Great Wall of China, the longest manmade project in the world, which can be seen from the Earth’s orbit by astronauts in space, and is evidence of the determination and hard work of ancient Chinese people, has evoked many a legend about love, freedom, war and peace.

Its legends and uncertain history play a central role in maintaining the mysticism and intrigue that has surrounded this colossal architectural marvel for centuries.