Document Shows CIA Obsessed with its Own Hollywood Intrigue 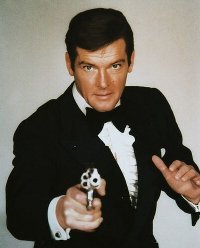 A document has been published on the CIA’s Freedom of Information Act (FOIA) website titled “CIA Meets TV-Movies CIA”.

The paper, which was approved for release on the FOIA’s Electronic Reading Room that invites the public to view previously classified documents released through the FOIA and other disclosure statuses, talks about Danny Biederman, writer and producer in the spy-fi business and movie espionage fiction prop collector.

The document informs readers of some of the 4,000 items that are contained within Biederman’s spy-fi collection, which is, according to the CIA document, the largest movie espionage collection in the world.

The collection includes shoes worn in the James Bond series by Sean Connery, the tarantula that nearly killed James Bond in Dr. No, the sleeve gun device from the TV version of Wild Wild West, Tom Cruise’s exploding gum and stunt watch from the first Mission Impossible movie and ID cards from Scarecrow and Mrs. King, amongst many other infamous movie espionage gadgets and devices. (1)

The CIA’s interest in Danny Biederman is not confined to this one document, as a bio on the spy-fi writer and producer is located within the CIA Museum itself.

The CIA Museum is a section of the agency’s website, which works alongside presidential libraries and other major institutions and libraries for display in public exhibitions with the aim to promote a ‘wider understanding of the craft of intelligence and its role in the American experience’. (2)

The CIA’s bio on Danny Biederman, describes him as being an ‘internationally recognized expert in pop spy fiction’ of whom numerous Hollywood companies, including Warner Brothers and American Cinematheque, have employed Biederman for his expertise in cinema and TV espionage’. (5)

The CIA article also mentions Biederman’s private collection of movie espionage memorabilia from the last 50 years of spy movies, of which Biederman has been touring the United States with since 2000. Asides exhibits of the 4000-piece spy-fi archives being held at the CIA, they are also held, according to the article, at the Pentagon, the National Atomic Museum, the Ronald Reagan Presidential Library, the Queen Mary, and the International Spy Museum. (5)

If you are a fan of spy-fi and espionage movies, you are likely to be interested in Biederman’s undoubtedly impressive collection of artifacts and footage taken from some of the most popular movies from the spy-fi genre.

A more intriguing question is, however, why is the CIA itself so interested in what some might call Biederman’s somewhat ‘unhealthy’ obsession with spy-fi?

I mean come on, the man even named one of his kids ‘Bond’?

In yet another Biederman and spy-fi-related article published on the CIA website, this time in the News and Information section as a featured story archive titled, ‘SPY-Fi Archives: Where the worlds on entertainment and intelligence collide’, a report describes the SPY-Fi Archives as “an entertaining look at how Hollywood viewed intelligence work during the Cold War and beyond.”

“When President John F. Kennedy revealed his fondness for Ian Flemming’s James Bond novels in the early 1960s, the SPY-Fiction craze began. While CIA’s intelligence officers were tight-lipped about their sometimes life-and-death Cold War mission, the movie industry filled the void with glamour, intrigue, and even humour – with some interesting implications for the real world of intelligence.” (3)

The fact that the CIA is so devoted to publishing documents related to spy-fi experts, memorabilia and other information about the CIA’s history with the glamorous world of Hollywood, suggests that the agency is in fact obsessed with its own Hollywood intrigue.

Thinking along these same lines is author Robert Eringer, who talks about the CIA enjoying an intriguing relationship with Hollywood in his book ‘Cloak and Corkscrew: Where CIA Meets Hollywood’.

Eringer provides an interesting perspective about the CIA and Hollywood, stating that many foreign dictators, such as Cuba’s Fidel Castro, and Venezuela’s Hugo Chavez, use Hollywood actors as “propaganda trophies for showing off their own people, garnishing sympathy in the United States, and also sticking it to the U.S. government.” (4)

Eringer continued explaining at his website, how a former CIA operations officer familiar with Hollywood informed him how the CIA encourages Hollywood ‘heavyweights’ to collaborate with foreign dictators, stating:

“By my calculation, about one-third of the Hollywood heavyweights who visit scummy dictators secretly report back to the CIA. They are able to provide details that help analysts and profilers determine the physical health and mental state of these dictators – intelligence otherwise hard to come by. Is Fidel slurring his words, perhaps the result of a stroke? This kind of intelligence, which can only be obtained through access, is invaluable to the U.S. intelligence community.” (4)

While this might have slightly steered away from Danny Biederman, and the CIA’s blatant approval and support of his 4000 plus sci-fi movie memorabilia, Erigner’s analysis of the CIA’s alliance with Hollywood provides further proof that these two established American institutions are in fact more entwined than most people would believe.