In what has been referred to as being the largest health care fraud settlement in United States history, the pharmaceutical manufacturer GlaxoSmithKline, LLC, pleaded guilty to the illegal marketing and promoting of certain drugs and failure to report safety data, and has agreed to pay to pay $3 billion in criminal fines.

In a press statement released by the Department of Justice, it was announced that the GlaxoSmithKline (GSK) agreed to plead guilty to a “three-count criminal information”, including paying $1 billion for illegally marketing the drugs Paxil and Wellbutrin for uses that had not been approved by the Food and Drug Administration (FDA), as well as failing to report medical data to the FDA about the drug Avandia.

The Department of Justice also reported that GSK will also pay out $2 billion to resolve civil accusations that the drug manufacturing giant submitted false claims to federal health care programmes for various drugs as a result of GSK’s illegal marketing strategies and payments to doctors. (1).

Talking in Washington D.C. at the GSK press conference, Deputy Attorney General James M. Cole, spoke about how pleased he was about the ‘historic’ $3 billion settlement in the fight against health care fraud. Cole announced:

What is arguably the most alarming part of the case is the fact that U.S. sales representatives from GlaxoSmithKline, which incidentally is a British multinational pharmaceutical, vaccines, biologics and consumer healthcare company, which prides itself on the slogan, “Do more, feel better, live longer”, were encouraged to “miss-sell” drugs to doctors.

According to the Guardian, the doctors who helped promote the unapproved drugs were treated to “lavished hospitality and kickbacks on those who agreed to write extra prescriptions, including trips to resorts in Bermuda, Jamaica and California.” (3)

The path a drug takes from travelling from a scientific laboratory to the medical cabinets in people’s homes is long and complex, and in the U.S. that path involves being tested through the Investigational New Drug Application (IND).

The FDA’s website gives a detailed description about the different stages of drug development and review, where the organisation explains that the final stage of the NDA is “the formal step a drug sponsor takes to ask that the FDA consider approving a new drug.” (4)

In James Cole’s speech at the GSK press conference, the Deputy Attorney General spoke of how GSK illegally promoted the drugs Paxil and Wellbutrin for uses that “had not been approved by the FDA”.

The unapproved uses of the adult anti-depressant drugs Paxil and Wellbutrin included prescribing the drugs to treat children with depression, as well as treating patients with obesity, anxiety, addiction and ADHD.

Beside misusing the drugs to treat illnesses that had been not been approved by the FDA, Cole also informed of how GSK also failed to report safety problems with the diabetes drug Avandia. For these criminal charges, GSK is to pay 1$ billion. (5)

The additional $2 billion the pharmaceutical giants are paying in compensation is for as Cole states, “the company’s illegal promotional practices and payment to physicians.” (6)

Painting a more scandalous picture of GSK’s deplorable antics, the Guardian talks in detail about how these illegal promotional practices would involve the company flying psychiatrists and their partners to five-star hotels to attend eight lavish three-day events put on by GSK to promote the drugs to doctors for ‘unapproved use’.

According to the Guardian, speakers were paid up to £2,500 to attend these lavish events and to give presentations on the drugs.

“They could enjoy diving, golf, fishing and other extra activities arranged by the company.” (7)

The health fraud scandal is made even more outrageous by the mention in court documents that GSK also paid for articles about these unapproved drugs to be published in medical journals, and that “independent” doctors were recruited by GSK to promote the treatments. (8) 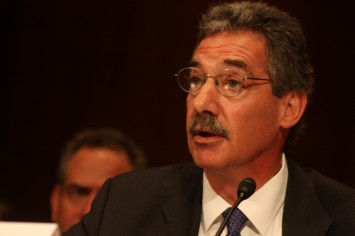 According to the FBI, health care fraud costs the United States an estimated $80 billion a year.

What’s more, national health care in the U.S. continues to outpace inflation, with health care spending topping $2.7 trillion. The FBI – the primary agency for investigating and exposing health care fraud in the U.S. – reports that these recent cases show “medical professionals are more willing to risk patient harm in their schemes.” (9)

This could certainly be said to be the case with the recent GSK scandal that certainly put patients at risk in order to sell more of its drugs.

Unfortunately while a $3 billion settlement may sound like a huge amount of money, it is perhaps equivalent to someone earning, for example, $40,000 a year receiving a $100 dollar speeding fine.

According to data group IMS Health, which consults for drug manufacturers, in the years covered by the settlement, GSK has made $10.4 billion in sales of Avandia, £11.6 billion from Paxil, and $5.9 billion from Wellbutrin. (10)

The $3 billion settlement, when put into context of how much money GlaxoSmithKline actually makes, appears considerably less significant; however, the settlement can at least be viewed as a victory for health care fraud.

As James Cole said in the GSK press conference:

“Today’s multi-billion dollar settlement is unprecedented in both size and scope. It underscores this Administration’s firm commitment to protecting the American people and holding accountable those who commit health care fraud.” (11)