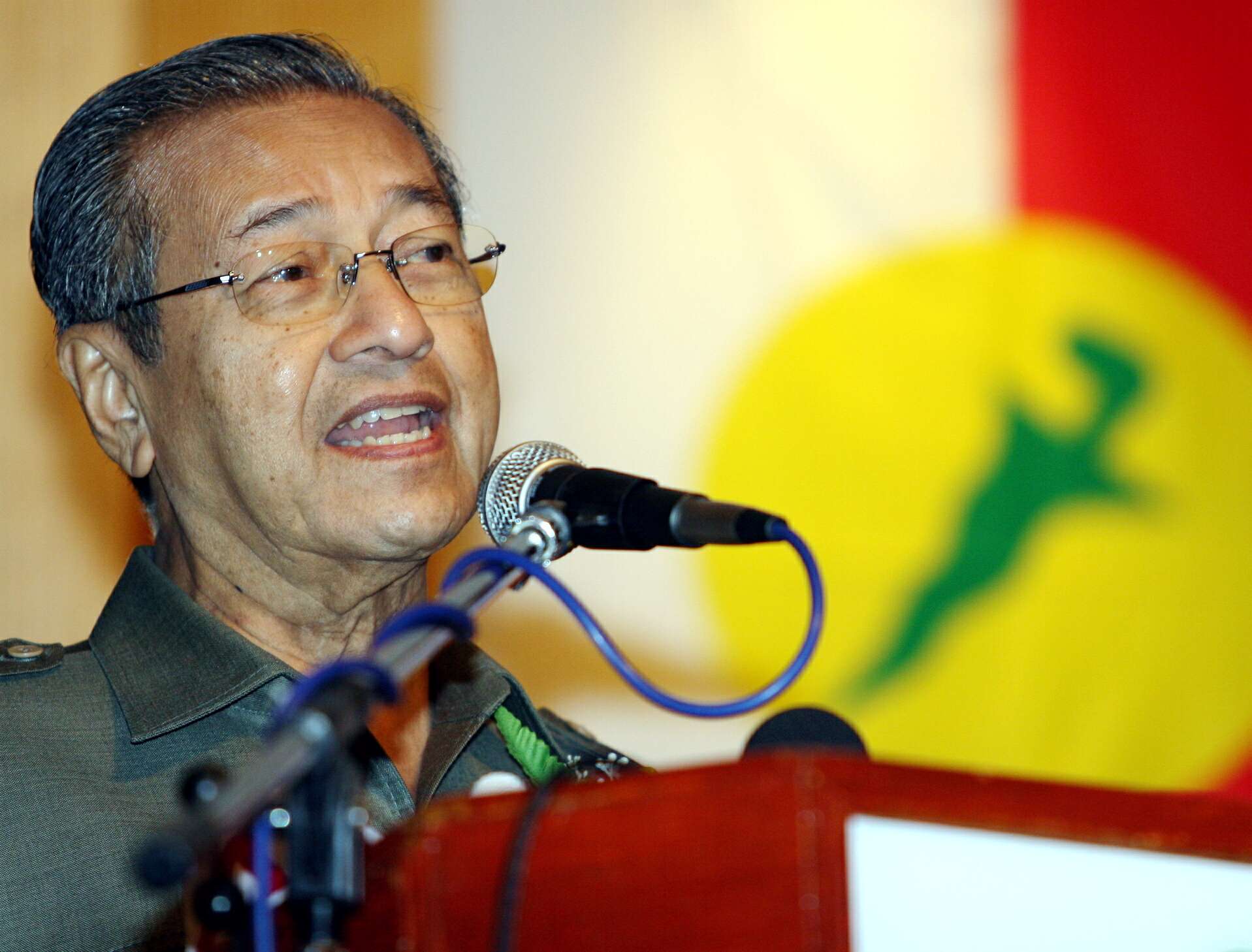 Malaysian politics have always been defined by stability. From its previous incarnation as Parti Perikatan (Alliance Party) to its current form born in 1973, Barisan Nasional (National Front) has always been the federal ruling force in Malaysia’s history.

But the 13th general election, which will happen sometime before April 2013, may well see that end.

Part of why Barisan has never lost ruling power is Perikatan’s legacy of gaining then-Malaya’s independence from British rule and, subsequently, the formation of Malaysia as we know it today.

When Malayan Union was formed in 1946, United Malays National Organization (UMNO) — the leading party in Perikatan and Barisan today — led protests against the compromise of Malay rulers’ powers and the position of Malays, eventually contributing to the Union’s dissolution.

After a landslide victory in 1954 state elections, it was Perikatan politicians who went to London seeking Malaya’s independence. For many, Perikatan and subsequently Barisan has been the champion of the people.

Another part is the absence of organized opposition. Until recent times, political parties not part of its great coalition acted individually during national polls. Without a systematic opposition, Barisan continues its predecessor Perikatan’s image as the people’s champion, with its historical contributions augmented by every good thing done as the ruling government.

Indeed, doing good things for a government of a developing nation. Its different component parties cater to different races in the populace; in a political scene intertwined with racial issues, having something for everyone is Barisan’s key to power.

In 1981, Dr. Mahathir Bin Mohamad was sworn in as Malaysia’s fourth prime minister after the third’s failing health forced a resignation. None expected a 22-year reign would follow; the Mahathir era had begun.

Mahathir’s strong and authoritarian administration provided the stability for Malaysia to complete its transformation from a mining and agricultural-based economy to a newly industrialized market economy.[1]

Malaysia started producing its own cars. Malaysia’s growth was such that Mahathir is now known as the Father of Modernization. However, that growth came at a price.

“There is a general agreement on the fact that, although authoritarianism in [Malaysia] preceded the administration of the fourth prime minister, Mahathir Bin Mohamad, he carried the process forward substantially …” [2]

Under Mahathir’s heavy-handed rule, the judiciary’s independence was compromised and eventually vaporized.

His political dominance suppressed his political rivals, even inside UMNO and Barisan. Mahathir even battled the royalties and emerged victorious, managing to limit their powers and remove their immunity from prosecution.

It was then a surprise to many that Mahathir announced his resignation in 2002, which was followed by protests by UMNO and Barisan supporters asking him to remain. Eventually, he fixed his retirement for October 2003 so that he could pass the torch to his handpicked successor, Abdullah Badawi.

Mahathir’s dominance meant that when he stepped down, there was no clear successor to the leadership of UMNO and Barisan. Despite starting off with an unprecedented landslide victory in the 2004 10th general elections, Badawi was widely seen as a weak leader.

Indeed, Mahathir grew to be Badawi’s most vocal critic.

Badawi reversed many things that came from Mahathir’s rule. Apart from cancelling some of Mahathir’s projects and conceding ground to Singapore on several longstanding disputes, he also arrested a number of public figures from the Mahathir era for corruption.

Five years after Mahathir gave his blessing to Badawi’s rise to the premiership, their dispute escalated to such heights that Mahathir quit UMNO in 2008 after having served as its president for 22 years, citing his lack of confidence in Badawi’s leadership. He vowed only to return after Badawi resigned.

When Barisan faced the 11th general election, its second under Badawi’s leadership, it only managed its narrowest win in history.

Four additional states were lost to the newly formed opposition coalition Barisan Alternatif (Alternative Front). The unprecedented setback meant Barisan was without its customary two-thirds majority in parliament for the first time in history.

It proved to be Badawi’s undoing; in 2009 the dissent and calls for his resignation grew too loud and too strong for him, and he resigned in July 2009. His deputy, Najib Razak, son of the second Prime Minister, was sworn in the day after.

The Question of Najib

Inheriting his office meant Najib is untested in general polls. His first action as Prime Minister was to remove bans on two opposition newspapers and to release 13 detainees of the Internal Security Act (ISA), which allows detention without trial indefinitely.

It was a promising start for someone who promised sweeping reforms, among them review and repeal of the ISA.

Yet three years on, the general air is that Najib’s leadership is still shaky. A career politician, his reforms has been selective, only made where it does not endanger his base of support while still appeasing the demands made of him by the general public. [4]

Meanwhile, Barisan’s image continues to deteriorate. Arguably the biggest blow so far came from Najib
administration’s mishandling of the Bersih 3.0 rally, the latest in a series of rallies demanding fair and free elections and investigations into alleged corruption of the election commission.

With estimates ranging between 80,000 and 300,000 attendees, it ended with the police using excessive force and violence in dispersing the protestors — even the police’s claim that the irritants containing CS gas used to contain the rally were “UN-approved” as a “riot-control agent” [5] was denied by the United Nations. [6]

It did not end there. Malaysian satellite TV service Astro came under fire when BBC and Al-Jazeera took issue with the censoring [7] of their Bersih 3.0 coverage; Astro later claimed that “local regulations” forced its hand. [8]

Whistle-blowing website SarawakReport.org later exposed said “regulations” to be extremely biased in favour of the ruling coalition. [9] With the mainstream media either owned outright by Barisan or heavily censored, the Internet is the only relatively free media avenue — although perhaps not for long.

Bribery and Corruption of Barisan

These developments coupled with the perceived corruption that carried over from Mahathir’s and Badawi’s administration cast a murky, dishonest light on Barisan overall.

It does not help that Najib himself is linked to bribery and illegal kickbacks in the Scorpene submarine scandal, a matter kept quiet domestically but which rose to the international public’s attention when Malaysian human rights organization Suaram filed the case in Paris for investigation. [10]

Links to the murder of Shaariibuugiin Altantuya further adds to the questions surrounding the premier; his refusal to comment on the Scorpene issue is damning. [11]

With nine months to go, Najib — and Barisan — is running out of time to convince voters angry at the blatant censorship, authoritarianism and corruption. Young voters who want to move away from racial politics are at odds with the entire political premise of the major political forces: all the big players play the race card. [12]

The delay in calling for elections is seen as fear; indeed, we are seeing intensified efforts to win votes via cash handouts to the needy [13] and “public service” advertisements on mainstream radio and television channels reminding the people how Barisan’s promises are delivered. [14]

Will Barisan finally lose Putrajaya? Will Najib survive his day of reckoning? The answers are eagerly anticipated by everyone within and without Malaysia.