Could 9/11 have been prevented?

Up until now the common sentiment was that the 9/11 attacks came as a complete shock to the U.S., which had no idea that the devastation that happened on September 11, 2001 was going to occur.

However, a trove of documents have been released concerning Osama bin Laden and terrorist attacks that paints an alarming picture that President Bush had actually been warned of an imminent attack, but had chosen to ignore the warnings.

The CIA documents are newly declassified and have been released to the National Security Archive. The documents are available to read on DocumentCloud, a document uploading site that gives users access to extensive information about organizations, people and places.

The highly damning documents provide readers with a clearer account of U.S. knowledge about the possibility of its country being attacked, which blatantly contradicts claims made by Bush officials, that the U.S. government was aggressively pursuing bin Laden and al-Qaida prior to 9/11 and that nobody could have predicted the 9/11 attacks.

From June until August 2001 a series of documents made clear reference to bin Laden, and his associates impending attack on the U.S.

“Multiple reports indicate that extremists expect Bin Laden to launch attacks over the coming days, possibly against US or Israeli interests.” (2)

On June 30 2001, another document warned that Bin Laden was ‘Planning High-Profile Attacks’:

“Operative linked to Usama Bin Laden’s organization expect the near-term attacks they are planning to have dramatic consequences, such as major causalities.” (3)

Preceding documents talk of bin Ladens’ attack being delayed but not cancelled, with the last of the CIA briefs, written on August 7, 2001 warning that Bin Laden is ‘Determined to Strike in the US”, and that:

“A service reported that Bin Laden was planning to exploit an operative’s access to the US to mount a terrorist strike.” (4) 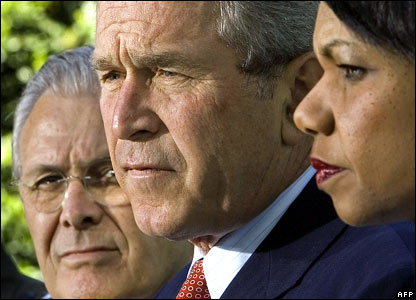 Why Were Warnings Ignored?

So why would the Bush administration choose to ignore warnings that bin Laden was about to attack the country with assaults that were planned to have ‘dramatic consequences’?

One suggestion made on Liveleak.com is that Bush was informed of imminent strikes, but simply ignored them because he was so determined to go to war in Iraq, and wanted any excuse he could get. (5)

Talking about how damning the documents would be to the Bush administration, Barbara Elias-Sanborn, of NSA – the one who edited the material – said:

“I don’t think the Bush administration would want to see these released, because they paint a picture of the CIA knowing something would happen before 9/11, but they didn’t get the institutional support they needed.” (6)

While Intelligence briefs were being sent to his administration warning that “Bin Laden and Associates Making Near-Term Threats”, Bush was on holiday at his ranch in Texas for the whole of August 2001.

According to LiveLeaks, that vacation joined Richard Nixon’s famous vacation in being the longest vacation ever to have been taken by a U.S. president.

The Liveleak report goes on to state that the CIA Director, George Tenet, had described President Bush as being “on leave”, and that he did not speak to him once during August 2001, the month before America experienced its worse terrorist attacks in its history. (7) 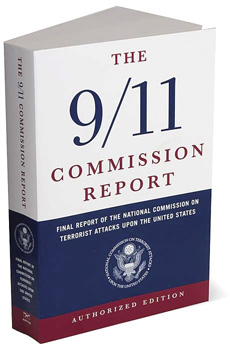 It was not until September 4, 2001 that Bush held a meeting on terrorism, which, incidentally, had been downgraded from a Principals’ meeting to a Deputies’ meeting.

While the newly released declassified documents, which have been heavily blacked out, clearly reveal the extent of how much the U.S. knew about the al-Qaida plot before 2001, they offer very little new information.

As an Associated Press report states, many of these CIA briefs were already cited in the 9/11 Commission report, which was published in 2004. The Commission’s report concluded that the failure that led to 9/11 was a ‘lack of imagination’, and that:

“U.S. intelligence agencies did not connect the dots that could have prevented the attacks.” (8)

While the information on the newly released documents may not be entirely new or shocking to anyone that has been following along with 9/11 revelations over the past decade, the reality that the U.S. government was exposed to such stark warnings that Bin Laden was “Planning High-Profile Attacks”, just weeks before 9/11 occurred – while the President enjoyed a month-long holiday in Texas – is simply beyond belief.