1952 UFO Sightings Over Spain and Africa 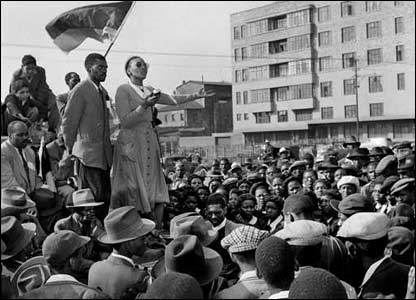 One interesting document, buried within the pile of documents released under the CIA’s 25 year program, is a fascinating 1952 report about UFO sightings over Spain and Africa during July through October of that year.

The report was drawn from information found in several newspapers throughout Spain and West Africa. It describes how a rash of UFO sightings started on July 14th, when multiple sightings of flying saucers took place over the Ifrane region of Africa, with most of the saucers flying toward Meknes.

The most significant recorded event first occurred on July 16th, 1952, when a group of people saw a large, glowing disk bouncing through the air in a horizontal line, followed by a flash of light and the appearance of a second disk. The sighting took place at around 9 PM at night.

Following the unexplainable group sightings in July, the events did not subside in subsequent months.

On August 2, 1952, at around 8:45 at night, five people described by the report as “trustworthy persons”, spotted a glowing ball of light in the sky above Moulay Bousselham, French Morocco.

The light was described as “red in the center and bluish around the edge”, and witnesses reported to the newspaper reporters that it flew quickly to the northwest before disappearing over the horizon in about 20 seconds.

On August 12, 1952, a railroad operator in Ain Sefra, Algeria, spotted a “ball of fire” in the clouds moving quickly to the west across the sky, and “leaving behind a luminous pink trail. While a reasonable person would assume the object was probably a meteorite having just entered the Earth’s atmosphere, that theory is blow apart when the witness described how the object, “stopped suddenly, became bright red, and seemed to explode, but the observer did not hear any noise.”

Throughout the month, the sightings continued. On August 14th at 9:15 PM, two people in Constantine spotted a glowing object in the sky flying toward Guelma. Earlier the same day, at 7:20 PM, multiple witnesses on the docks in Philippeville say a glowing red disk with a green trail behind it.

On August 22, several witnesses near San Fernando spotted two lad-gray oval objects flying toward each other at high speed, only to turn at a 90 degree angle just prior to collision. 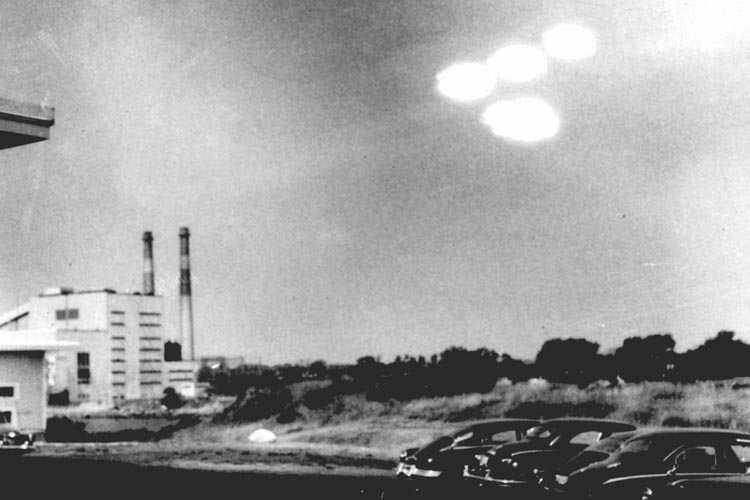 As though an entire month of UFO sightings wasn’t enough, the objects continued to appear in the skies above Africa throughout September as well.

On September 3, four professors on Mallorca Island spotted a glowing disk in the sky traveling East. The professors insisted that the object was not a shooting star.

In the early morning hours of September 6 in Durban, South Africa, a meteorologist and his coworker spotted six white spherical objects flying across the sky. The meteorologist tracked one UFO with a theodolite and determined that it was at an altitude of 6,500 meters.

On September 21st at around 6:20 PM, a saucer-shaped object was spotted by thousands of witnesses flying at high speed over Casablanca.

The local news office received about 15 telephone calls before one of the news agency’s own correspondents called in to report that he had spotted the object himself. The object was described as a glowing, cigar-shaped object, giving off a strange “silvery smoke trail”. One interesting observation noted that the object “stopped short a moment and then revolved on itself, emitting a shower of sparks about its cone.”

Amazingly, 6,000 witnesses at a boxing match in Casablanca all saw the flying object pass over the arena.

One of the most interesting sightings was on September 21st, when a tourist plane pilot – a former military pilot named Creze – reported that as he was preparing to land at an airfield in Casablanca at around 6:25 PM, he spotted the flying object flying in the same general line of flight, but off to the left. He reported that the cigar-shaped object had a bright blue-green flame, and was traveling about twice the speed as his plane, which was moving along at 220 kilometers an hour.

The only sighting included in the document was on October 3, 1952 at just after 1:30 AM in Abidjan, when a three-person family reported seeing a bright green light traveling East across the sky, “seemingly the exhaust of some craft.”

The family reported seeing the object remain motionless in the sky, when the flame was orange-red, until it revolved”about itself in a ring of fire, zig-zagging upward and remaining in the same area of the sky”.

The fact that the CIA was so thoroughly collecting accounts of UFO reports in this part of the world indicates that there was concern about what was occurring in the skies above Africa and Spain. 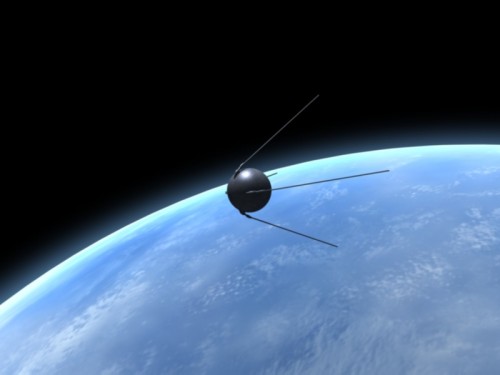 Were the sightings all related to Soviet Union missile tests over the region? Is it possible that the sightings were related to flights of the 1952 U.S. QF-86F Sabre – one of the earliest jet aircrafts being distributed by the U.S. to regions including Spain and South Africa. Those silver, cigar-shaped jets with a trail of flame – powered by a GE J47 turbojet with nearly 6,000 pounds of thrust – would have been a sight to behold for local residents.

Or were the sightings related to top secret satellite tests conducted by the soviet union leading up to the final launch of Sputnik in 1957?

It can be difficult, so many years after-the-fact, to tie together unusual aerial sightings with top secret projects taking place at the time, but any of these possibilities are equally plausible.