A Surprising Story of Survival For Audrey Hepburn 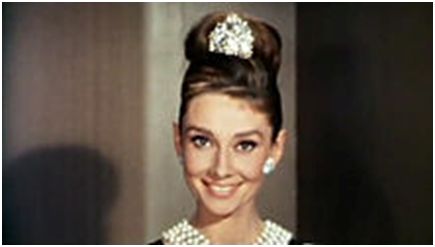 This story might surprise you, and there’s a prize at the end.

She was the famous, beautiful star of such films as “Breakfast at Tiffany’s” and “Sabrina”: the epitome of elegance and glamour.

Some might make the mistake of thinking that they could not learn important survival points from the petite, gentile Audrey Hepburn. ‘Not true.

She was born Audrey Ruston in 1929 in Belgium and spent her childhood between Belgium, the Netherlands, and Great Britain. Her mother was a Dutch aristocrat, and her father had British citizenship and worked for a British company, so they traveled.

Audrey learned to speak English, Dutch, French, Spanish and Italian fluently and started ballet lessons by the age of five. However, at such a young age, her life would be changed forever once the Nazis invaded.

Audrey’s father left the family and, eventually, her mother, Ella, took the family to Arnhem -a picturesque Dutch city – believing that the Germans would leave the Netherlands alone.

Sadly for them, this did not turn out to be the case. In fact, later, the move to Arnhem would put them right in the middle of the action.

Audrey’s normal days of playing and attending school and ballet classes were changed by the Nazi invasion of the Netherlands in 1940: six days after her eleventh birthday.

Audrey’s first survival decision was to follow her mother’s suggestion to change her British-sounding name to a Dutch one: Edda van Heemstra. In the middle of the occupation, it is quite possible that this one decision avoided some serious trouble for the 11-year-old girl.

As you might expect, living conditions during the occupation were brutal, including lack of food and fuel.

During the winter of 1944, the Germans confiscated the limited food and fuel supply in Holland for themselves. Without heat in their homes or food to eat, this created horrible conditions.

Many people in the Netherlands starved or froze to death.

With such a tight food supply, Audrey’s family, like others surviving through this crisis, had to find new sources of food. They made another survival decision: they made flour from tulip bulbs. Tulips are edible and related to onions.

Although they found ways to scratch out something to eat, Ms. Hepburn still suffered from malnutrition, respiratory problems, acute anæmia, and œdema.

Looking for a survival solution, her mother found some help from relatives, and that seems to have been useful. Unfortunately, there was only so much that anyone could do. 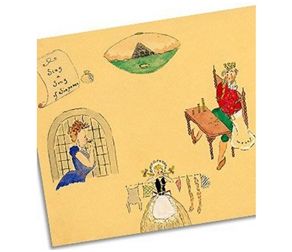 Living Under the Boot of Oppression

Although surrounded by terror, hunger, and death, Audrey continued her studies and performances.

Apparently, these included not only public performances but others that helped raise funds for the resistance. All the while, the streets were patrolled by Nazis.

Her uncle was executed in retaliation for a sabotage carried out by the resistance movement, and her half-brother Jan was deported to Berlin to work in a German labor camp. Another brother went into hiding to avoid deportation.

In her own writings, Audrey remembered some of the pain of others that she witnessed:

“We saw reprisals. We saw young men put against the wall and shot and they’d close the street and then open it and you could pass by again. If you read the diary (of Anne Frank), I’ve marked one place where she says, ‘Five hostages shot today’. That was the day my uncle was shot.”

And in another piece of writing:

“I have memories. More than once I was at the station seeing trainloads of Jews being transported, seeing all these faces over the top of the wagon. I remember, very sharply, one little boy standing with his parents on the platform, very pale, very blond, wearing a coat that was much too big for him, and he stepped on to the train. I was a child observing a child.”

Survival is far more than the physical; like sports, much of it is mental. Experiencing such extremely negative events over a long period of time is extremely hard for adults to deal with, let alone children.

However, there can be survival power in continuing daily routines, pastimes, and learning. She continued her dancing.

Having loved art before the war, Audrey continued her drawing and coloring in part as a child loving to create and in part as a person bringing light into a dark place. 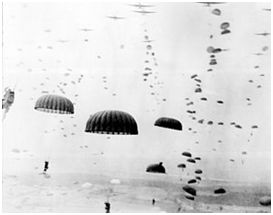 As mentioned earlier, Audrey’s mother did her best to protect the family from the war by moving them to Arnhem.

Unfortunately, it is not always possible to predict the future. Arnhem would be anything but safe.

No matter how well you plan, there’s still the chance you’re going to get caught by surprise. So try not to beat yourself up over things that are out of your control.

Not only did the Nazis invade, but Arnhem ended up being the site of a famous event in the European Theatre during World War Two.

Serious Allied bombing blasted the city. And, Operation Market Garden – the massive Allied airborne attempt in the Netherlands and part of Germany – brought the war to their front door. If you’ve ever seen the movie “A Bridge Too Far,” you’ve seen the story.

Allied troops parachuted and glided into the area and tried but failed to hold the bridge at Arnhem.

World War Two finally drew to a close, and Audrey had survived by the skin of her teeth. When the war ended, she was 16 years old and emaciated.

In only two years, Audrey Hepburn was 20 pounds heavier, healthier, and performing on stage in London. In 1951, she was chosen to star on Broadway in “Gigi” and in the movie “Roman Holiday” for which she won the Academy Award for best actress. And the rest, as they say, is history.

As with pretty much everyone, there’s far more to her as a person and actor-both upside and downside. This article focused on her incredible survival story. 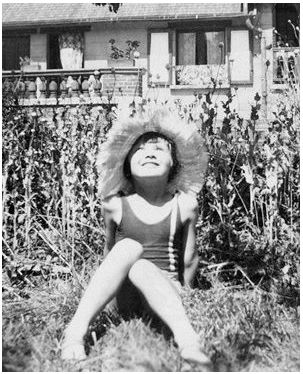 She survived the war and reached the heights of fame. But, the events of her past shaped her.

United Nations Relief and Rehabilitation Administration trucks followed the Allies as they advanced through the Netherlands, providing food to the starving masses. Ms. Hepburn recalled that she was so hungry that she downed an entire can of condensed milk and ate oatmeal with far too much sugar on it.

Ms. Hepburn remembered what it was like to be powerless, oppressed, scared, and hungry. And, she remembered the feeling of being helped. That is why she became such a strong supporter of UNICEF as well as creating Audrey Hepburn’s Children’s Fund.

A Final Word from Ms. Hepburn Herself:

“My own life has been much more than a fairy tale. I’ve had my share of difficult moments, but whatever difficulties I’ve gone through, I’ve always gotten a prize at the end.”

Here’s to you getting your prize, too.