“From the 1950s to the present, different defendants, at different times and using different methods, have intentionally marketed to young people under the age of twenty-one in order to recruit ‘replacement smokers’ to ensure the economic future of the tobacco industry.” – U.S. District Court Judge Gladys Kessler Final Opinion, United States v. Phillip Morris (1)

Anyone born before the 80s are likely to remember the catchy tobacco slogans, such as “Winston tastes good like a cigarette should” and “Chesterfield: Blow some my way”, as tobacco companies attempted to lure people to take up smoking.

Although, as the health pitfalls of smoking became increasingly apparent, tobacco advertising gradually faded and was banned from television entirely in the U.S. when Congress passed the Public Health Cigarette Smoking Act in the early 70s.

Throughout the proceeding decades, various other acts were passed intended to deter smokers. These acts included the Federal Cigarette Labeling and Advertising Act in the U.S., which stated that all tobacco packaging and adverts must come displayed with a health warning.

Consequently, the tobacco industry is one of the most tightly regulated forms of marketing, and nowadays catchy smoking jungles have been replaced by haunting anti-smoking warnings.

However, the same cannot be said about the drug companies of today, which, similarly to the tobacco companies of yesterday, are producing highly addictive drugs and are intentionally pushing those drugs to get more people addicted – ultimately to increase profits.

So what is the evidence to back up such a controversial claim?

The press release, which was published on the FBI website, revealed that five indictments were made, charging 22 defendants – six doctors and five pain clinic owners – with offences including health care fraud, money laundering, and dealing prescription drugs. (2)

According to the press release, Houston-based Dr. Linda Roos allegedly conspired to prescribe and unlawfully distribute Oxycodone pills from 2006 until 2011. Roos’ patients, Dennis and Helen Varney, have been charged with conspiring to distribute prescription drugs.

Meanwhile, Beverly Lockhart, a manager of a pharmacy in Pikeville and Dr Thad Manning allegedly conspired to sell illegal drug samples as well.

Over in Johnson County, Caremore Pain Clinic owners, Tammy Cantrell and Shelby Lackey, conspired with a doctor to distribute Hydrocodone to residents, allegedly making almost $2 million in the proceeds. In yet a further indictment, a Florida pain clinic owner, Jody Robinson also conspired with a doctor to illegally dispense of Oxycodone, Xanax and Hydrocodone, and allegedly made $1.5 million in just two years from the proceeds. (2)

The Profitability of Addiction

As we can see from these shocking cases of the illegal distribution of prescription drugs whereby the profits are immense, drug companies of today could easily be paralleled with the tobacco industry of yesterday. The more people addicted, the more money is made.

Whilst the investigations of the cases mentioned above were conducted by the FBI and are blatantly ‘outright illegal’, there are also more subtle and ‘grey’ areas exploited by contemporary drug companies that can be likened to the evil tobacco companies of the past.

TV advertisements, for example, that alert viewers of a certain disease or ailment can server to convince people that they could possibly have the illness in question. In fact, it’s not just hypochondriacs who start to feel a ‘twinge of the leg’ or a ‘pain in the heart’ when they’re informed of the signs of potential diseases on an advertisement.

This effect is a potent power of advertising, which, similar to the catchy cigarette slogans of the 1950s and 60s, convince the sub-consciousness into becoming actively engaged with the product an advert is selling – whether it is a cigarette fix, or a disease.

Kansas-based author Stan Cox wrote an interesting article for AlterNet about how the drug companies want us to be sick. “The pharmaceutical industry has a dream: at least one disease for every American”, writes Stan Cox. (3)

Cox continues to talk about how drug companies continue to define and redefine a host of medical conditions, such as social anxiety, restless leg syndrome, attention deficit and sleeplessness, to mention just a few. Cox wrote:

“…industry figures make it appear that virtually every American has a disease in need of a treatment.” (3) 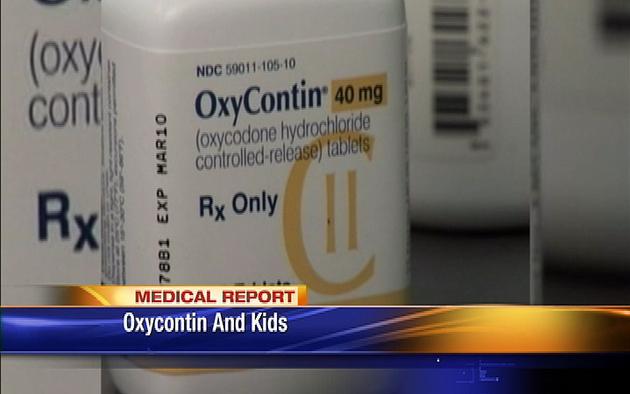 Reiterating Stan Cox’s thoughts is a book written by Ray Moynihan and Alan Cassels, titled “Selling Sickness: How the World’s Biggest Pharmaceutical Companies Are Turning Us All Into Patients”. In that book, the authors emphasize the epidemic of ‘disease marketing’.

The authors also analysis how the drug companies are making everyday life into an illness. The book uses Big Pharma as an example of a pharmaceutical corporation spending millions of dollars ‘marketing minor variants of hot-selling drugs instead of developing novel ones’, and as a consequence those companies are short of innovative drugs just as “lucrative patents near their end”. (4)

In 1998, tobacco companies were sued for 246 billion dollars. (5) Despite this money supposedly being used to help smokers with healthcare benefits, tobacco companies continue to spend billions advertising their deadly products. In fact, according to the Campaign for Tobacco-Free Kids, between 1998 to 2008 tobacco marketing had increased by 52 percent. (1)

The marketing to replacement smokers in order to ensure the economic future of the tobacco industry can regrettably be applied to the pharmaceutical industry as well. For example, ABC News recently reported about the maker of the potent pain drug OxyContin beginning to test the medicine in children, hoping to secure an extra six months of protection for the drug’s patent, which is set to expire in 2013. (6)

Just as the tobacco industry started preying upon the young and those in developing countries, it appears that pharmaceutical companies are following the same path. It seems that nobody is safe – regardless of age – from the powerful persuasions of the pharmaceutical conglomerates.