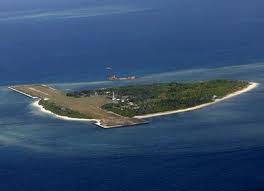 “War is imminent with the United States, Vietnam and the Philippines,” Chinese President and leader of the communist Party -Hu Jintao 2011

China’s construction of a military garrison in the West Philippine Sea (1) (also South China Sea) is an indicator that China will force a military confrontation in the area.

Possession of the islands would provide China with a much needed supply of petroleum. Warring over the islands, however, serves China in other ways as well.

With a declining economy and increasing popular unrest, the communist party needs an external force upon which to focus. A war in the West Philippine Sea is the perfect focal point for the regime in Beijing.

As the communists grip on control deteriorates, they will do whatever it takes to maintain power. By starting a war over ownership of the Paracel and Spratly Islands and/or Scarborough Shoal, the communists can deflect attention from their failings at home.

The West Philippine Sea (aka South China Sea) is dotted with islands which may be rich in oil.

Although the exact quantity of crude in the area has not been proven, estimates range from 28 billion to 213 billion barrels of oil2. If either estimate is correct, then the area would be one of the most oil rich areas on the planet.

The problem is that possession of these islands remains in dispute. Up to six nations including: Taiwan, Brunei, Malaysia, Vietnam, Philippines and China lay claim (3) to the geographic (4) region (5).

As China’s reliance on fuel rises, it has made a push to ‘invade’ territories of other claimants. Four of the six claimant countries base their ownership on international law, geological surveys and continental-shelf boundaries, the Chinese do not (6).

While those four countries are willing to go discuss the matter in court, the Chinese are not.

The Chinese cloak their right to ownership on the ‘nine dotted line (7)’, which was drawn up in 1947, before the founding of communist China. 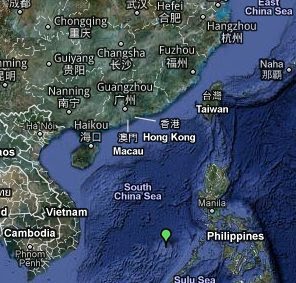 Aside from this, Beijing relies on maps drawn up several hundred years ago in the age of by-gone dynasties as proof of ownership of the land (8).

China’s belligerence in the issue is creating continued problems.

For the sake of brevity, I will use the Vietnamese claim as an example what a lawful claim to the islands consists of. Vietnam’s claim to its section of the islands is based upon the following:

In 1852 France colonized the southern part of Vietnam, called Cochinchina.

In 1933 the Spratlys were “incorporated into the French colony of Cochinchina”. France took “official possession of the islands.”
Three French ships, the Alerte, Astrabale, and De Lanessa, visited the Spratlys and officially declared the following islands as French territory

In the 1951 “San Francisco Peace Treaty” Japan relinquished all titles and claims to the Paracel Islands and the Spratlys Islands.

In 1949, Vietnam “inherited” from France all former French rights over the Paracel Islands and the Spratlys Islands. (9)

China refuses to acknowledge such claims by any other nation state, calling them ridiculous (10). 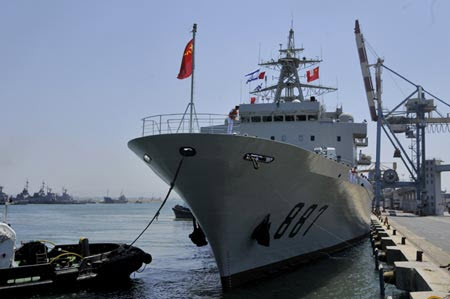 This Will Not Be Just an Oil War

It is true that China now consumes more petroleum than any other country. It is also true that China is desperately seeking to shore up oil rights from Africa to Canada.

As a consequence, the islands would be an oil boom for the petroleum starved Chinese giant. Oil, however, is not China’s main reason to go to war in the area.

China will go to war to overshadow economic and political problems at home, and use a pre-emptive show of force to tilt the balance of power in the region.

By waging a military campaign, Beijing will refocus the growing discontent within the Chinese population upon ‘another foreign invasion’ of China’s ‘sovereign territory’.

China’s economy is not doing as well as it must in order to maintain a ‘harmonious society’.

The global crisis has hurt Chinese exports, which have been the driver of the economic juggernaut. Coupled with this is a financial crisis of epic proportions which has led to a decline in the Chinese economy.

Beijing is aware that the legitimacy of the communists revolves around defending against foreign invaders and creating wealth. As the economy stagnates, the usefulness of the party comes into question.

The logical card for Beijing to play is to create a war in which the communist party can play an integral role (11).


References & Image Credits:
(1) Garrison in the Sansha Islands
(2) Reuters
(3) Sky News
(4) Parcel Spratly Islands
(5) Wikipedia
(6) The Last Columnist
(7) Wikipedia
(8) Reuters
(9) Paracel Spratly Islands
(10) The Last Columnist
(11) The Chinese military reports directly to the communist party and operates in isolation from the people. The military was recently forced to re-pledge their loyalty to Beijing and the power of the party.
(12) Want China Times