The 1989 Rash of UFO Sightings in the Soviet Union

One very interesting aspect of spending hours digging through old declassified CIA documents is occasionally coming across more evidence that the agency had a healthy interest in the topic of UFOs – particularly when the sightings took place in other countries.

For example, one Foreign Press Note dated November 22, 1989 and titled “USSR: Media Report Multitude of UFO Sightings” provides a rare glimpse into the UFO frenzy that was taking place during the cold war – not much unlike the spike in UFO interest that took place in the United States during the same time period.

In this particular report, the author provides excerpts from a variety of Russian media reports which detail the sort of sightings and claims regarding UFOs that were taking place in the USSR during the late 1980s.

Of particular interest in this report, was the plethora of witnesses and events that took place involving Russian military experts, as well as the opinion of one Russian scientist regarding the Roswell crash that is far different than what most UFO enthusiasts in the U.S. believe about the event.

The Battle Between Skeptics and Enthusiasts

Aside from listing many of the more notable sightings of UFOs, the report indicates that in 1989 there was a very clear divide between skeptics and UFO enthusiasts.

The report noted one media article in particular – the August 1989 issue of Nauka I Zhizn – which published a 9-page article:

That 9 page article pointed out that even though enthusiasts claimed that UFOs left “evidence” behind on many occasions, the skeptics point out that most of the evidence is easily explained with causes other than extraterrestrial intelligence – such as circular impressions being caused by rocket testing, or bright orbs being caused by ball lightning.

With the battle regarding explanation for the sightings aside, there is little doubt based on media reports that there was plenty of unusual activity in the skies above Russia during the late 1980s.

For example, one issue of Sotsialisticheskaya Industriya in 1988 described a report of “an amazing event that took place on Hill 611 near the village of Dalnegorsk in Primorskiy Kray.”

That event included multiple observers watching a “flying sphere” crash into one of the hills. According to the article, physicists and scientists from the USSR Academy of Sciences were:

“still studying the ‘fine mesh’, ‘small spherical objects,’ and ‘pieces of glass’ that are considered to be small remnants left behind by the sphere.”

One scientist at the site of the crash reported finding “gold, silver, nickel, alpha-titanium, molybenum, and compounds of beryllium.” One skeptic stipulated that it was some sort of “plasmoid” that had crashed, while other scientists actually concluded that the Hill 611 object was an “extraterrestrial” space vehicle made by “highly intelligent beings.” 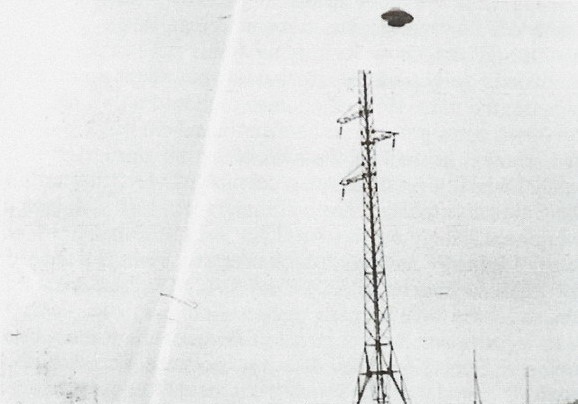 Some additional UFO sightings described in the report included events witnessed or analyzed by engineers, scientists or physicists. Some notable examples from the CIA report are as follows:

–> The July 1989 sighting by Russian engineer Yuriy Pnomarenko and other workers who witnessed a disk land at a farm in the Dnepropetrovsk region. The disk emanated two beams of light from the sides. It landed for 20 minutes before taking off again without any sound.

–> The rash of UFO sightings throughout the Soviet Union in September of 1989, where researcher Anatoliy Listratov claimed that while investigating some landing sites, his team found that, “the operating frequency of a crystal-controlled oscillator changes. Simply speaking, electronic timepieces run at rates that are either too fast or too slow.”

–> The encounter between one Soviet plane and a flying disk, in which the pilot and copilot were “illuminated” by a “bright ray of light, projecting a spot with a diameter of 20 centimeters.” Both men felt “heat” during the event. According to researcher Listratov, both pilot and copilot suffered effects of radiation sickness and “died within a few months.” Cause of death was cancer. (This particular story was uncorroborated by the media, and taken as true as directly told by Listratov).

–> In October of 1989, the Soviet news agency TASS published a story about a UFO landing in a Voronezh city park, where multiple witnesses observed the object before it took off.

The most interesting section of the CIA review of Soviet media UFO reports was the discussion surrounding alleged remnants of a craft recovered from a crash in Dalnegorsk.

Physical scientist Vladimir Azhazha contended that the Dalnegorsk case was very much like the case of the Roswell, New Mexico crash in the U.S., where thee were multiple witnesses that had seen “the bodies of four extraterrestrials lying near the smashed spacecraft.”

However, Russian Physicist Yuriy Platov of the Terrestrial Magnetism Institute explained that in both cases, the evidence tells a completely different story.

Yuriy explained that the Dalnegorsk materials were nothing more than “remnants of the unsuccessful launch of a Soviet rocket in that region”.

As far as the Roswell crash, Yuriy says that the witnesses probably saw what they say they saw, but that they misinterpreted the event. Yuriy explained that:

“…the object that crashed was a USAF experimental rocket with four Rhesus monkeys aboard and that the accident was the result of an unsuccessful launch attempt at the dawn of the space era.”

The idea that the Roswell crash – and resulting “bodies” – were fallout from a failed biological high-altitude flight test is supported by the publication of a September 22, 1947 document titled, “Analysis of Factors Contributing to ‘Pilot Error’ Experiences in Operating Experimental Aircraft Controls” produced by USAF Air Material Command, in which the authors wrote:

“As to the actual causes of the two incidents on 25 March and 4 July 1947, of the loaned S-Aircraft (PF), analysis of the engine design and thrust stress factors, P9 personnel and Atomic Energy consultants [snip] could not fully agree as to the exact cause of engine failure in both cases. One plausible problem has been examined which might help in correcting ‘pilot error’ operation. Interaction of symbolic instrumentation with tactile manipulation of flight controls and pilot shielding in high performance operation, has been a continuing factor of study by Research and Development.” (2)

Clearly, the USAF was performing some pretty elaborate and “out of the box” experiments with some type of “pilot” that required “symbolic instrumentation”.

This of course would support Yuriy’s contention that the Roswell crash was actually caused by a failed USAF animal test flight as part of the build-up of the U.S. space flight program, and probably also experiments with nuclear engine systems, with references to “radio-biological hazards” throughout the document.

No matter what you believe about UFO sightings or about the reported UFO landings and crashes, one thing that is for certain is that whether or not top secret government test flights and experiments caused most of the actual sightings – they certainly did not help.