There is Indeed Still a Market for Underground Bunkers 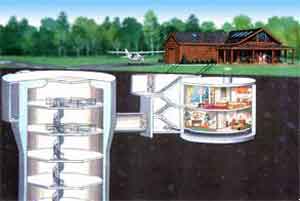 With the end of the cold war and the collapse of the Soviet Union in 1991, you could be forgiven for thinking the need for underground bomb shelters and bunkers to be a thing of the past.

The threat of nuclear annihilation no longer hangs over us and the days of duck and cover are consigned to history forever. Or are they?

For some, the threat of global catastrophe has grown, not diminished, since the dark days of mutually assured destruction. Economic meltdown, solar flares, super volcanoes, mega earthquakes, tsunamis, nuclear suitcases and asteroid hits are the ICBM’s of today, and underground bunkers are seen as the ultimate protection.

Why anyone would want to carry on living underneath a world that has been ravaged by whichever doomsday scenario comes first is a question for another time, but what are the options available for those who do? Perhaps surprisingly, there are a great deal.


Interest in Bunkers is Rising

From custom-built, underground “disaster shelter systems”, build-your-own DIY kits, or utilizing former military underground bunkers, there is a wide choice to choose from.

20th Century Castles, LLC are a real estate company with a difference. Specialising in the sale of decommissioned nuclear missile sites and related military bunkers, their portfolio includes properties from $185,000 all the way up to an eye-watering $2.8 million.

One former Atlas F site in the Adirondack Mountains, NY is a stunning example of a disaster-proof property. Featuring a 2000 sq. ft. open plan surface home, a luxuriously appointed 2300 sq. ft. underground 2-story 3 bedroom “house” in the former launch control centre, the original missile silo with over 20,000 square feet of space over 9 underground floors, an 1800 gallon septic tank and its own power supply.

Edward and Dianna Peden, the owners of 20th Century Castles, have already sold 49 former military underground sites and say interest in such properties have been steadily rising since they started their business in 1995.

Survival for the Wealthy

Larry Hall, another “underground entrepreneur”, has seen the potential such doomsday bunkers could provide, both in terms of profitability and survivability.

Hall offers protection on a grand scale, with his multi-story underground “Survival Condos”.

For a mere $2 million, you receive a whole floor of a converted Atlas F missile silo with over 1800 sq. feet of floor space, 3 bedrooms, 2 bathrooms, a kitchen, dining room and a large living area.

A 5 year per-person food supply ensures you won’t go hungry while the rest of the world is taking its last breath. If that runs out, the facility even has its own farm and “aquaculture” capability for producing fresh food and fish.

The fun doesn’t stop there. The silo boasts its own remotely piloted drone aircraft, presumably for spotting and tracking any surviving members of the human race.

If any are found, the on-site military-grade security system and plentiful supply of ammunition should ensure they’re not around for long… (2) 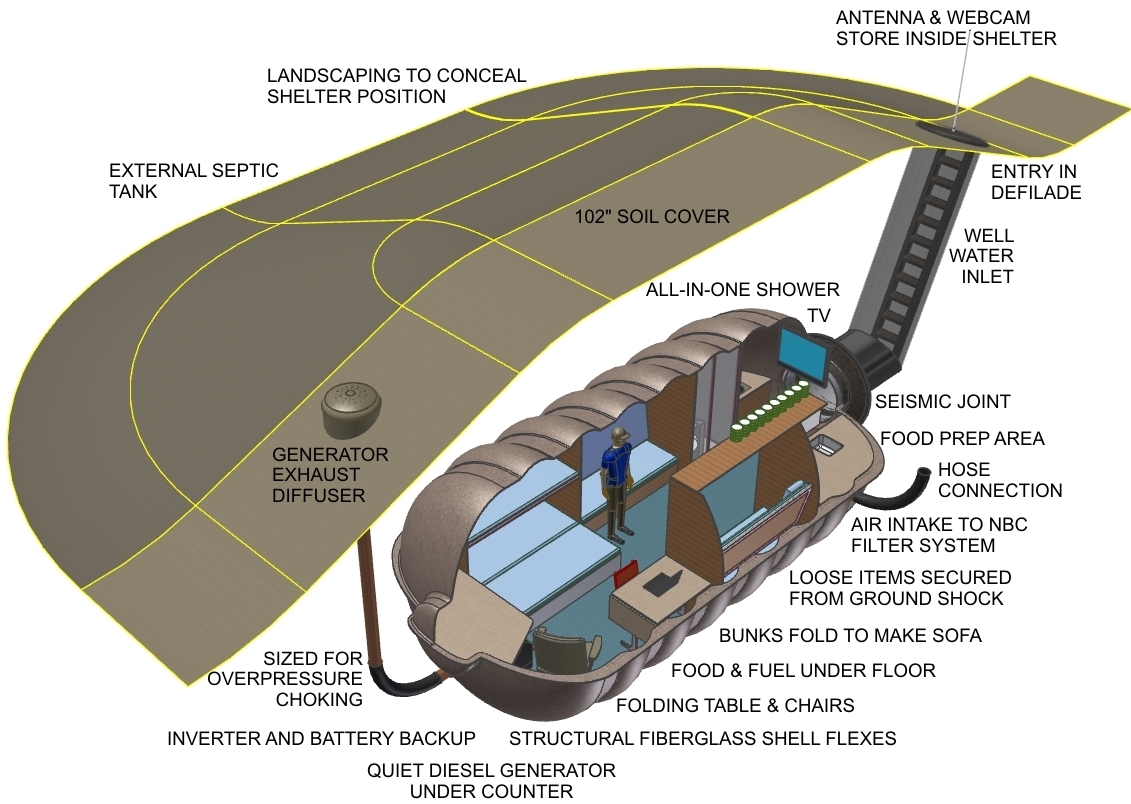 Survival on a Budget

For those of us without 2 million dollars to spare, Radius Engineering offers a range of solutions to suit most budgets.

$24000 will get you an “In Home” shelter, allowing you to stay protected and “off the grid” for up to one year.

In comparison to the bunkers discussed above, these bunkers are a lot smaller. The thought of having to spend one week, let alone a full year in such a cramped and confined space is not a nice prospect.
Along with the In-Home option, other bunker solutions include pre-assembled shelters, shelters that are built on-site and so-called “community shelters”, but all of these seem to suffer from the same cramped conditions discussed above (3).

Whatever the reasons for owning your own underground bunker, the demand for them is definitely growing.

Whether that reflects on a realistic view of civilization heading towards an imminent doomsday, or that people will believe anything if the price is right, is still open to debate.