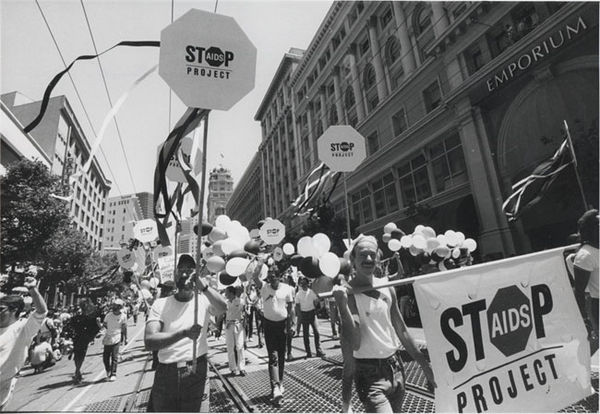 The scientific consensus is that HIV originated in West-Central African primates, and spread to humans at some point in the 20th Century – a conclusion supported by extensive genetic research (2)

At the height of the AIDS pandemic in the summer of 1983, with paranoia and wild speculation the order of the day, “Service A” of the Soviet KGB launched an “Active Measures” AIDS dezinformatsiya (disinformation) campaign against the glavny protivnik (the main enemy) – the United States of America.

Active measures are a form of information warfare designed to influence foreign governments and individuals, primarily to the detriment of the US and the gain of the Soviet Union. The KGB already had several active measures campaigns under their belts, with rumours of FBI/CIA involvement in the President Kennedy assassination being a particular favourite of theirs.


The Height of the Cold War

A period of comparative ease between the two super powers had unceremoniously come to an end with the Soviet invasion of Afghanistan in 1979. This led to the 1980 US boycott of the Moscow Olympic Games and new US President Ronald Reagan taking a very aggressive stance against the USSR.

The main thrust of the AIDS active measures campaign was to spread the idea that the Pentagon created the AIDS disease as part of their biological weapons program at Fort Detrick in Maryland. Fully utilizing pre-existing fears about the disease, the KGB cleverly manipulated various information sources in order to make their nefarious message more believable.

The first place the story appeared was in the communist-sponsored Indian newspaper the Patriot on July 17th 1983. The story took the form of an anonymous letter supposedly written by a well-known American scientist.

The hope was that the story would be picked up by other media organizations, but this failed to materialize. It wasn’t until 1985, with the spread of AIDS into Russia, that another article appeared, this time in the Russian propaganda newspaper “Literaturnaya Gazeta”.

The article followed the same format as before, but this time with more emphasis on the spread of AIDS from the US and the weapons facility at Fort Detrick. An East German biophysicist by the name of Dr. Jacob Sagan provided a “technical” report, but this was not based on any direct evidence, and he even said as much in the report.

Despite this, the story spread rapidly around the world, with many left-leaning countries and publications running with it.

The KGB ramped up their efforts, with radio broadcasts, TV shows and further articles appearing at a great rate of knots. More details were added to the mix, including how US soldiers were intentionally infected with the disease in order to facilitate the spread of HIV in the countries in which they were stationed.

Other details described how AIDS was a targeted “non-white” weapon in order to eliminate black people in Africa, and even how the CIA had exported “AIDS-oiled condoms” to Africa! (3)

The campaign was a great success. Many people, especially those in the developing world now believed that AIDS was a US biological weapon and had been invented in a lab. It didn’t matter that there wasn’t a single shred of scientific evidence to support it; the backstories created by the KGB were so convincing no evidence was needed.

The scientific community were not having any of it. They knew the story was a fabrication, but competing against a biased news media is an almost impossible task when they won’t publish your side of the story. Ironically, it was the Soviets themselves that were forced to admit the fabrication in order to get help from that very same scientific community.

By 1987, the spread of AIDS had reached deep into the Soviet Union, and the Communists were finally forced to listen to the many complaints coming out of the US. In October of that year, US Secretary of State George Schultz met with Mikhail Gorbachev, where he accused the USSR of peddling “bum dope” on the AIDS subject (3).

Soon after the meeting, the Soviet Academy of Sciences moved to make their position clear. Having already disavowed themselves from the thesis that AIDS was an artificial construct, Dr. Vadim I. Pokrovskiy said in an interview with the Russian federation’s official newspaper Sovetskaya Rossiya;

“Not a single Soviet scientist, not a single medical or scientific institution, shares this position.” (3)

The Soviet AIDS disinformation campaign was finished. While they no longer sanctioned any further outlandish stories and made-up facts, many third world countries remained convinced the campaign was based on genuine evidence. Such was the power – and the success – of the KGB mission.

Even now, 25 years after the campaign ended, there are still many people who believe AIDS was created in a lab in Maryland. Not even a full and frank admission in March 1992 by the then Russian Prime Minister Yevgeni Primakov is enough to change that.

“[Primakov] mentioned the well-known articles printed a few years ago in our central newspapers about AIDS supposedly originating from secret Pentagon laboratories. According to Yevgeni Primakov, the articles exposing US scientists’ ‘crafty’ plots were fabricated in KGB offices.” (4)

Therefore, the next time someone tells you that AIDS is a man-made virus; simply tell them that it isn’t, and point them in our direction.