The problem of illegal immigrants has been a longstanding issue in Malaysia, especially in the state of Sabah, for more than two decades.

While in recent years the federal government has stepped up efforts to counter the issue, in Sabah it has not shown the same level of enthusiasm to do so — indeed, there seems a reluctance to properly address the issue. A closer look reveals unsettling reasons.

“During Dr [Mahathir’s] time, there was a policy to simply give ICs to immigrants.” [1]

A major factor in Sabah’s illegal immigrants issue is a practice dubbed “Project IC”. The practice systematically naturalizes immigrants regardless of legal status in exchange for votes for the ruling Barisan Nasional coaltion. Spearheaded by the fourth Prime Minister Tun Dr Mahathir Mohamad, the practice also aims to artificially change the voting demographics of Sabah in favor of Barisan.

It began before Mahathir’s time. Before Mahathir’s premiership began in 1981, there were already been allegations of mass immigration and naturalization in Sabah with political motives in the 1970s as well as early 1980s [2].

Once Mahathir’s position was secure, however, the practice intensified as his party United Malays National Organisation (UMNO) spread its wings to Sabah.

Turning it Up to Eleven

“What the Malaysian schemers are doing is tantamount to selling our birth rights to aliens.” [2]

What followed was a concerted effort to alter the voting population to secure its position. Specifically, Barisan engaged in an operation to increase the Muslim population in the multi-ethnic and multi-religious state and enlarge its bank of voters who vote along religious lines.

And it was to some extent successful. In 1960, the Malays comprised a mere 0.4 per cent [2] of the population. By 2006, however, the percentage of Malays (who are defined by the constitution as being Muslim, thus encompassing most Muslim immigrants) rose sharply to 11.48 per cent [3].

The dubious growth rate is further augmented by the mismatch between the number of registered voters born between certain periods and the actual number of births in the state [4]. 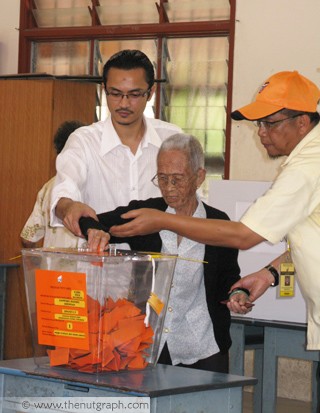 “God has given me the strength and fortitude … to truly act as a Judge and not a ‘yes-man”. [5]

In the 1999 state election, the Sabah constituency of Likas saw Barisan’s candidate won amid protests over the thousands of dubious names found in the voter registry.

The United Sabah Party (then not yet part of Barisan), on the losing end, petitioned for the results to be declared void. The subsequent hearing culminated in the judge acknowledging publicly in his judgment that he was “given a directive over the phone that these petitions should be struck off without a hearing” [5].

It gave insight into the inner workings of Barisan in abusing its ruling power to have its way.

Various parties have since come forward to shed further light. A former district native chief testified in court how he played a leading role in the project, admitted that its object was to increase the voting population grateful to Barisan for their newfound citizenship and alleged involvement by foreigners, Barisan government officers as well as Barisan officials [2].

Mutalib Mohd Daud, former Silam Umno Division Executive Secretary, wrote numerous books exposing the questionable practice [6]. However, there has been no substantial move to resolve the issue from Barisan post-Mahathir. 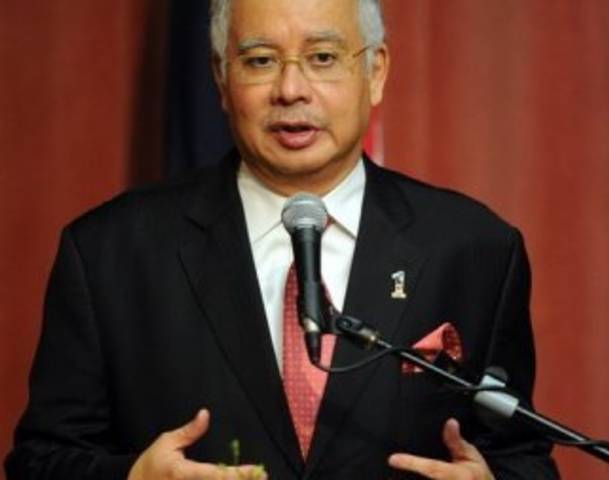 Lack of action from Barisan Government

“There appears to be lack of political will on the part of the government to resolve the problem once and for all. “ [7]

By 2010, 27 per cent of the Sabah population are foreigners [8]. Taking into account the number of foreigners now naturalized and officially Malaysian citizens under Project IC, the actual numbers are unsettling, not least due to native Sabahans apparently losing their own home state to immigrants [9].

Unfortunately, the top brass of the federal Barisan government has not appeared to be genuinely concerned.

In the 1990s, following the detainment of several government officers for involvement in Project IC, a Parliamentary Select Committee on Integrity was formed in 2007 to hear their testimonies and investigate. After disputes and disagreements [10] as well as the refusal of some parties to appear before the committee [11], the findings eventually were undisclosed to the public [12].

Other actions taken to solve the issue has also been suspect, to the extent that the 2008 cabinet committee set-up by the then Prime Minister Abdullah Badawi and chaired by his then deputy Najib Razak as “lip service” [13]. 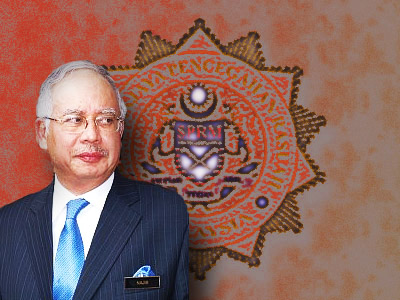 With the opposition growing increasingly competitive in the peninsular, east Malaysia — Sarawak and Sabah — remains his lifeline as Barisan’s traditional vote bank. Therefore, growing resentment not only from the public but from politicians as well over the issue is one he cannot ignore.

In June 2012, Najib announced a Royal Commission of Inquiry (RCI) to investigate the issue [15]. While some quarters welcomed the announcement [16], many were unconvinced. While the RCI has six months to investigate beginning August [17], conspiracy theorists point out that that period is well after the next general election if rumors of a November election is true — ample time for a doctored, ineffectual finding placating those clamouring for action without necessarily doing anything.

Another reason for suspicion is that the announcement followed rumors of defections among Sabahan Barisan politicians, who has long been dissatisfied over the federal government’s relative silence on the issue.

If the top Barisan leadership saw it coming, the RCI may perhaps be interpreted as a knee-jerk damage control measure to avoid losing a stronghold vote bank state, not genuine concern over social issues and concerns raised by Sabahans.

Will the Issue See Resolution?

It is apparent that Barisan’s reluctance to deal with the issue in substantial manner stems from the fact that its top leadership — since Mahathir’s time and possibly before — instigated the problem and in part encouraged it in the first place.

Its part in the thorny issue has been alleged and revealed in bits and pieces over the years, and actively pursuing any sort of investigation will necessarily expose the entirety of its dark role behind it.

Will the RCI bring positive results to the great Sabahan problem? Doubtful.

However, it remains to be seen if this longstanding issue will be the final nail in Barisan’s coffin, come next general election.