The History of US and Russian Open Air Biological Weapons Testing 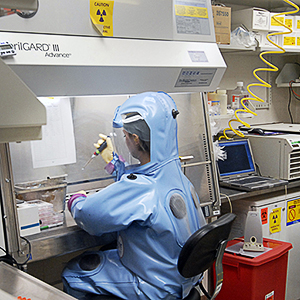 In 1977, the U.S. Army conducted a full review of it’s biological warfare program. The report was published on February 24 of that year, and detailed the Army’s role in Biological Warfare research for review by Congress. (1)

Since the U.S. Army was in charge of the work done at Fort Detrick in Maryland, the report provided a great deal of information about the stockpile of biological agents produced by the United States there.

Many U.S. citizens are not only unaware of the sheer volume of deadly diseases and germ agents produced by the United States, but they are also unaware of the often careless open-air testing that the military conducted over populated civilian centers.

The author of the report made a concerted effort to downplay the ethics of the biological warfare program by asking readers to take the beliefs, politics and culture of the time period into account.

“In preparing a comprehensive review of the Army BW programs, it is crucial that the activities be portrayed in the context of the times and circumstances in which they occurred. For this reason, the events have been related to the appropriate period of national security activity. It has been difficult, at times, to provide finite data as some of hte detailed working papers have since been destroyed; however, much data is available and every attempt has been made to use primary documents or the most credible derivative data.”

I believe the authors of the report made a sincere attempt to accumulate solid, verified evidence of elements of the biological warfare program that really took place, rather than distributing information based on anecdotal or otherwise flimsy evidence.

All of the information in the Army report is undisputed – it is not the work of a conspiracy theorist’s mind. Basically, everything you’re about to read is absolutely true.

At the end of World War II, after the United States discovered the sheer size of the Japanese biological weapons program, the Secretary of Defense established an Ad Hoc Committee on CBR Warfare to investigate and review the topic.

The 1950s saw the first major “vulnerability tests” in the United States, including all of the following.

–> An open air test in San Francisco using “the stimulants BG, SM and fluorescent particles”
–> Tests with pathogenics at Dugway Proving Ground in 1950
–> Biological weapons test against animals in 1951 at Eglin AF Base in Florida.

Stimulant testing involved micro-organisms similar to the microbiological agents under study, but incapable (at least believe to be incapable at the time) of causing infection. As far as the Army believed, all test agents were considered “medically safe” to operating personnel and surrounding communities.

In 1961, the DoD established the “Project 112 Working Group”, which developed a plan for moving the U.S. BW program forward. Project 112 led to the development of the Deseret Test Center at Fort Douglas in Salt Lake City, Utah, with the intended purpose of testing biological and chemical weapons.

By 1969, scientists discovered that some of the agents used could actually be infectious in large exposures and for people with a weakened immune systems.

Project SHAD – an acronym for Shipboard Hazard and Defense – was one effort under Project 112 during the 1960s, when 46 tests were conducted using deadly biological agents on U.S. military personnel.

The Department of Defense hid evidence of these tests – even after military personnel suffered greatly from the physical effects of those tests – over 40 years after the tests were conducted. Agents used in those tests included VX nerve gas, Sarin and Q fever biological agent Coxiella burnetti.

Up until 1998, the Department of Defense denied that the project even existed, and when information started coming out about the tests, the DoD assured government representatives that only “stimulants” were used in the tests. Until a full inquiry into the Project finally took place, led by the efforts of U.S. Representative Mike Thompson, those that suggested such a project were treated like like conspiracy theorists.

In a prepared statement for the U.S. Senate Subcommittee inquiry into Project SHAD in 2002, Thompson wrote:

“My own personal experience with this issue began over 3 years ago when a constituent of mine, Jack Alderson, asked me to investigate something he called Project SHAD. I am honored that Jack is here today and that he will be sharing his knowledge with you. He is a great patriot who has refused to disclose classified information regarding these tests until the DOD has acted. He has not broken the promise he made to his country nearly 40 years ago, despite hearing of crew illness and experiencing illness himself.” (2)

The tragedy of this situation is that while patriotic veterans like Jack Alderson respected the honor code of his military oath, the DoD portrayed no honor at all in attempting to cover up the biological weapons testing inflicted upon human beings during those tests.

“Jack was the commander of five tugs used in these experiments. At first the Department of Defense told us that Project SHAD did not exist. Then we were told that it did exist but only simulants were used in the tests. Finally, after 3 years of pressure, DOD not yet 5 months ago revealed that these tests involved harmful chemical and biological agents, the worst of which included VX nerve gas and Sarin nerve gas.” (2)

Thompson demanded that the government needed to appropriately care for the veterans that were harmed by those tests, and demanded that the DoD release a list of all agents used in the tests, the lasting health effects of those agents.

Not only military personnel were exposed to the biological agents over the course of Project 112’s activities. Project SHAD included open-air tests “done on American soil and overseas” during the 1960s and 1970s. According to Thompson’s statement, but the information finally declassified by the DoD revealed biological weapons tests that exposed American and overseas civilians to the agents.

“Alaska, Florida, Hawaii, Maryland, Utah, Canada, and England were the locations used and DOD claims that civilians were only exposed to simulants. Keep in mind that some of these simulants are still live biological agents and may be harmful. It appears that not only were soldiers put at risk but the civilian population the DOD is charged with protecting may also have been put at risk.” (2)

It is the belief of Top Secret Writers researchers that the negative health effects that veterans were experiencing were not the extent of the repurcussions from Project 112.

It is an ongoing research project here at Top Secret Writers to explore a number of mysterious human illnesses and the relationship of those symptoms to the long-term health effects caused by those agents in the areas of the country and the world where the BW tests took place. 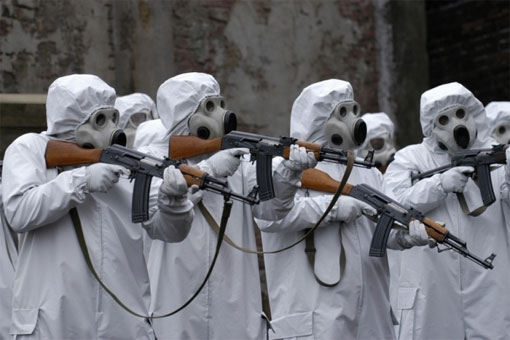 A 1961 SECRET document published by the CIA titled “The Soviet BW Program” details how the post-WWII revelation of Japan’s extreme biological weapons research also sparked fear and anxiety in the Soviet Union regarding what other countries might be up to – such as the United States.

That fear and anxiety might have sparked Russia’s own BW test program similary to that of the DoD.

The CIA wrote that the Soviets had the Soviets will have a wide range of organism tested for BW application by 1965.

“Possible agents for standarization by the Soviets in this time period include those of anthrax, plague, tuleremia, foot-and-mouth disease, finderpest, the encephalitides viruses, and botulinum toxin.”

The CIA recognized what sparked Russian interest in ramping up their own BW research program – just like the U.S. did with Project 112.

“It now appears likely that the notoriety following the Khaborovsk investigation in 1949 of alleged Japanese BW activities and the widespread charges of U.S. employment of BW during the Korean hostilities provided the stimulus for much of this writing…” (3)

What is especially disturbing in light of the tensions and potential hostilities between the U.S. and the Soviet Union is the fact that in the late 1950s, the CIA noted that “considerable emphasis” in Soviet research was focused on aerosol delivery systems for “pathogenic bacteria, viruses , and microbial toxins dispersed as clouds.”

Given the reality the the DoD actively tested biological weapons on U.S. personnel and on regular civilians during open-air tests, in an upcoming article we will examine Soviet tests of biological weapons, and the possibility that the Soviet Union might have covertly released such agents on U.S. soil.