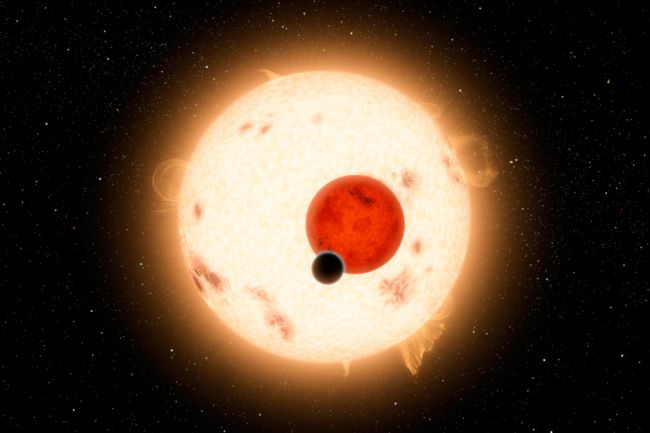 As the search for an Earth-like planet continues, researchers are discovering new planets that would fit the descriptions of extraterrestrial worlds from science fiction novels.

The most recent discovery, named PH1, is one of a kind in more ways than one. One characteristic that makes PH1 so unique is the fact that it is in a four-star system. Four-star systems have been previously discovered, but this system is unique in that PH1 orbits a double star that is also orbited by another pair of stars. (1)

This type of four-star system has never been seen before. Another characteristic that makes PH1 unique is the fact that such an extraordinary system was not discovered by professional astronomers, but instead by a group of volunteer citizen scientists.

As exciting of a discovery as it is, the new planet, PH1, is not an Earth-like planet. Researchers believe it to be a gas giant that is comparable in size to Neptune. This would make it roughly six times the radius of Earth.

Only six other planets have been discovered that orbit two stars; however none of the previously discovered planets were accompanied by another pair of stars.

New Planet Leads Back to Drawing Board

Such an extreme planetary environment is leading scientists to believe that planet formation can occur in a variety of systems.

In a press release about the discovery, Meg Schwamb of Yale, the lead author of a paper about the system, stated:

“The discovery of these systems is forcing us to go back to the drawing board to understand how such planets can assemble and evolve in these dynamically challenging environments.” (2)

This discovery of this new planet may have never come to light if it was not for the Planet Hunter organization. The organization describes itself as, “a collaboration between Yale University and the Zooniverse.” (3)

The Zooniverse is a citizen science web portal that volunteers can participate in a wide variety of research tasks, in this particular case that research is focused on finding planets. PH1 one was actually discovered by two of these volunteer researchers and verified by Yale team members. Debra Fischer, a professor of astronomy at Yale stated:

“This unique system might have been entirely missed if not for the sharp eyes of the public.” (2)

This time, those sharp eyes belonged to Kian Jek of San Francisco and Robert Gagliano of Cottonwood, Arizona. The two noticed a slight dip in the amount of light produced by the stars when PH1 passed in front of them. The two discoverers are actually amateur astronomers who only recent joined Planet Hunters as a hobby.

The find was confirmed by the Yale team and announced on October 15, 2012.

The search for extrasolar planets only really dates back to the 1990s, and only recently has the public had a method to participate in the hunt. This most recent discovery proves that the most fascinating scientific discoveries can be made by everyday people.

In this case, the discoverers came to the project just for fun and with a fresh perspective, allowing them to entertain all sorts of ideas. It is this combination between experienced researchers and enthusiastic amateurs that made the discovery of a solar system one thought impossible, entirely possible.

Who knows what other types of new planets this partnership will discover in the future?