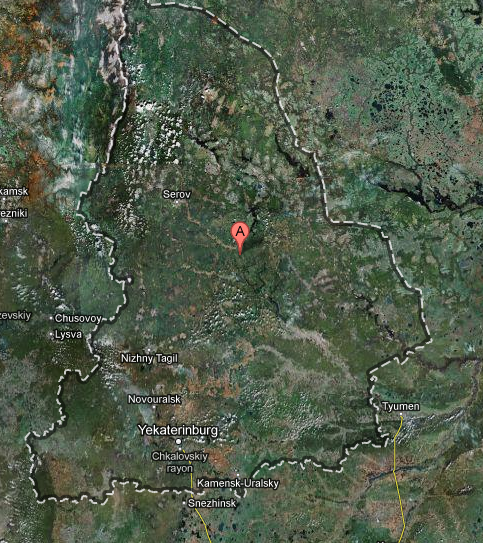 In April of 1979, residents living in and around the southern part of the city of Sverdlovsk began feeling ill. At first, people started getting headaches, which eventually evolved into fever. Then, the abdominal pain started, followed by chest pain strong enough to raise concern about possible heart attack.

As the chills and fever became worse, unsuspecting residents began vomiting. Concerned family members raced their family member to the hospital, only to return the following day themselves when they themselves fell ill with the mysterious disease.

By the end of the epidemic, 68 people would die from anthrax infection and many others would survive after spending weeks in the hospital and on artificial respirators, forever affected by the deadly microbe that destroyed families and communities.

By October of 1979, a Russian newspaper in Frankfurt, West Germany first ran the story that a “major germ accident” caused the death of thousands of Russian citizens. By 1980, the same newspaper published a follow-up revealing that an April 1979 explosion at a secret military facility later revealed as “Compound 19”, released anthrax spores into the air and infected the unfortunate Russians living downwind of the release.


A Decade of Denials

As though the initial cases of inhaled anthrax weren’t bad enough, weeks following the event, additional residents continued to get sick from eating contaminated meat from the cattle and other animals that had been showered with the anthrax spores following the accidental release.

United States Intelligence analysts went to work collecting data from Russia on the incident, with multiple sources in the form of Russian scientists reporting that there was in fact an incident that took place at a biological warfare facility around May of 1979.

“A Soviet emigre reported that three close friends on separate occasions during May 1979 told him of an accident at a biological warfare (BW) institute in Sverdlovsk which resulted in 40 to 60 deaths.”

CIA agents also learned about the military quarantine in Sverdlovsk, and based on the overwhelming accounts and rumors rolling in, the United States subsequently accused Russia of breaking its promise not to pursue biological or chemical weapons.

According to 1988 scientific presentations offered by Soviet physicians that had investigated the Sverdlovsk incident, there were approximately 96 cases of human anthrax, with 79 of those the gastrointestinal form of anthrax infection. Throughout the 1980s, Russia denied that any accident occurred, and insisted that all cases of Anthrax at Sverdlovsk were only the result of people eating naturally tainted meat.

It wasn’t until 1992 and the collapse of the Iron Curtain that Russian President Boris Yeltsin shared the truth with the rest of the world.

“We are still deceiving you, Mr. Bush. We promised to eliminate bacteriological weapons. But some of our experts did everything possible to prevent me from learning the truth. It was not easy, but I outfoxed them. I caught them red-handed. I found two test sites. They are inoculating tracts of land with anthrax, allowing wild animals to go there and observing them…” (2)

In 1992 and 1993, Western scientists were allowed to travel to Sverdlovsk to investigate the facility and surrounding land. Scientists were able to determine that all victims had been living in a narrow straight-line band, downwind of the facility known as Compound 19. Furthermore, even at the southernmost end of the release zone, livestock had died of anthrax.

After the investigation, the scientists reported that without a doubt the anthrax outbreak was in fact caused by anthrax spores being released into the atmosphere. It remained unknown exactly how the accident occurred, but a Frontline interview with Dr. Kanatjan Alibekov who had worked for the Soviet BW program reported that the accidental leak was caused when workers forgot to replace a filter in the facility’s exhaust system. (3) 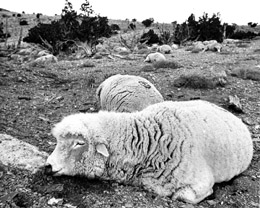 What is especially unnerving about this story is the fact that while this case of mass cattle deaths in Sverdlovsk can now be explained by the accidental release of Anthrax from a top secret biological weapons research facility, similar cattle deaths in the U.S. remain unexplained.

Starting in the late 1960’s and early 1970’s, ranchers in New Mexico, Colorado and other areas started to discover that their cattle were mysteriously dying for no apparent reason.

While those cases eventually became famously known as “cattle mutilations” because of the state in which the carcasses were found – few researchers ever really looked past the mutilations and focused primarily on what was actually causing those hundreds of cattle to die without reason.

In a future article, we’ll explore rational explanations for the state of the carcasses once the ranchers discovered them – setting aside the ridiculous stories about alien cattle dissections or satanic rituals, and instead focusing on what actually caused the sudden rise of so many cattle deaths.

The release of biological agents on these ranch lands that could have caused these deaths is possible. A proven case of this actually occurred in 1968 when thousands of sheep mysteriously died at White Rock in Skull Valley Utah. It wasn’t until the late 1990s that the military finally admitted that the deaths were caused by the release of a nerve agent.

“The deaths in sheep occurred following a spray trial of a persistent chemical nerve agent from a high performance aircraft on March 13, 1968, at Dugway Proving Ground.”

This should lead the discerning reader to ask the obvious next question – just how many other unexplained livestock deaths throughout the 1960s and 1970s could be explained by the accidental release of chemical or biological weapons by the U.S. military, similar to the accident that occurred in Sverdlovsk in 1979?

How long will the U.S. government allow the silly tales of alien cattle abductions and satanic cow dissections to persist before finally admitting what actually caused the deaths of so many livestock throughout the Southwest and Midwest during those years?

In an upcoming article, TSW will explore known and suspected BW research facilities near where cattle “mutilations” occurred, as well as the story of an enterprising group of investigators that single-handedly explained the state of those carcasses with a single brilliant experiment.