Genetic Use Restriction Technology (GURT), also known as ‘suicide seeds’ or ‘terminator technology’ is a contentious subject inside and outside of the agricultural industry.

While seed companies argue that GURT is required, as it strengthens crops and advantages farmers, critics view such products as a threat to natural diversity, and the autonomy of farmers around the world. It is widely condemned as being a threat to the food security of the farm-based seed that billions of people depend on.

GURT was first developed in the 1990s under a combined research venture made between the United States Department of Agriculture, the Delta and Pine Land Company and the Agricultural Research Service. Terminator technology essentially involves limiting the use of genetically modified plants by causing the second generation of seeds to be sterile. (1)

Due to intense opposition made by indigenous communities, farmers, NGOs and certain governments across the world, GURTs have not been commercialized, are not yet commercially viable anywhere in the world.

However, terminator technology is currently being tested in greenhouses across the United States.

The Danger of GM Contamination

While the biotechnology industry assures the public that suicide seeds and terminator technology provides “biosafety” benefits by preventing the unwanted genes from genetically modified crops (GM) to contaminate non-GM crops, critics argue that such genetic seed sterilization technology would not prevent GM contamination, and would instead create a serious risk to biosafety.

According to BanTerminator.com, the commercialization of GURTs would bring corporate benefits to the biotechnology energy, but only at the peril of the farming industry.

“The industry’s goals is to win acceptance for a technology that is designed to protect corporate patents and maximise profits by stopping farmers from saving harvested seed and forcing them to buy new seed every season.” (2)

Delta & Pine Land, the U.S. seed organization that is carrying out the greenhouse tests on suicide seeds and terminator technology, is advocating for its commercialization, insisting that it prevents even the remotest possibility of the contamination of seeds.

Opponents of terminator technology development assert that there is no technical proof to back up these claims.

“There is no scientific data made to support this sweeping claim. There is not even any data from the greenhouse trials. Terminator technology would need to be 100% effective in order to be considered as a potential option to stop contamination via gene flow.” (2)

Ironically, claims have been made that scientists and researchers involved in studying genetic seed sterilization believe that genetic use restriction technology will never be a reliable or effective gene contamination tool, as it will never be able to achieve 100% seed sterility. (2)

Another criticism of GURTs are concerns that the pollen caused by terminator seeds may contaminate and kill neighboring crop seeds.

The Delta and Pine Land Company insists that the risks of this would be low because terminator technology is specifically designed for highly self-pollinating crops, thus meaning pollination in neighboring fields is unlikely.

That said, the albeit small possibility that GURTs could contaminate and kill nearby crops cannot be overlooked.

Further concerns made about GURTs include concerns that terminator technology would adversely affect local communities, indigenous tribes and small-scale farmers.

For example, staunch GURT opponents believe that such technology would result in significant yield losses, as farmers who traditionally saved their seeds for replanting and whose crops had been cross-pollinated by suicide seeds or terminator plants, may find that a significant proportion of their crops would not grow. (2) 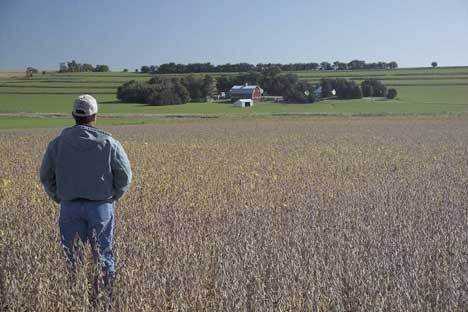 Given this fact, it is difficult to come to any other conclusion other than genetic use restriction technology and the companies involved in its development are calling for its commercialization primarily to increase profits.

Of course, the Delta and Pine Company is much shrewder in its appraisal of terminator seeds and GURTs, stating reasons other than merely making money. The GURT developers assert that this technology will encourage seed companies to practice variety development more dynamically, particularly in “minor crops”, an area where seed companies generally do not spend much research money.

In pursuing seed variety development with greater vigor, seed companies will be able to protect its investment by preventing farmers from saving and replanting seeds. Once that is accomplished, seed companies can devote more money and effort to the development of improved varieties. (3)

However, one aspect of this highly controversial issue is much less ambiguous – anything that remotely poses as a risk to indigenous people, peasant farmers and food security should never be commercialized.