Was the Jill Kelley FBI Report an Intelligence Attack on Petraeus?

Talk about a complicated love triangle and a media circus, as this one certainly takes some beating!

First there’s Jill Kelley, the socialite who throws lavish parties with her husband for high level officers in the Middle East. Then, there’s Paula Broadwell, the woman in the center of David Petraeus scandal, who allegedly sent Mrs Kelley threatening emails warning her to “stay away from my guy”.

On the surface, it certainly seems that 60-year-old David Petraeus had little choice but to quit his post as director of the CIA while apologizing for having an affair with his biographer, Paula Broadwell.
While the David Petraeus scandal has all the hallmarks of a gripping soap opera, there is something sinister about this messy love triangle that even the most imaginative of script writers could not have come up with on their own.

Unlike similar scandals involving high ranking figures in Washington having sleazy affairs, the demise of the former CIA chief goes well beyond sex, and delves into the realm of harming national security.


Petraeus as a Top Intelligence Target

As the Daily Kos wrote about this case:

“If Jill Kelly was not in the employ of a foreign intelligence service then the world’s spy agencies have collectively suffered a dereliction of duty.” (1)

It goes without saying that General Petraeus, former chief of the CIA, would be a top target for foreign intelligence operations, particularly by Middle Eastern countries. Conveniently, in walks Jill Kelley, who was born in Lebanon to Maronite Christian parents and whose maiden name is Khawam. It is important to note here that Maronite’s make up the largest Christian community in Lebanon, a community where, as the BBC points out, “religion and politics are inextricably mixed.” (2)

Although Jill Kelley was born and bred in Lebanon, she is currently a resident of Tampa, Florida, where she and her surgeon husband are known for throwing lavish parties in order to “hobnob with area military brass.” (3) 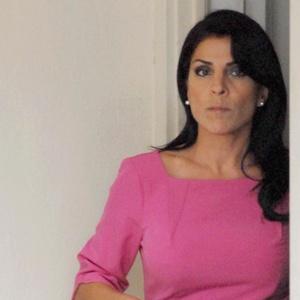 In fact, so lavish were the Kelley’s parties that no expense was spared, including valet parking, premium cigars and champagne and copious buffets, causing the couple to rack up substantial debt and initiating foreclosure proceedings on two of their properties.

As the Washington Post wrote, while what these foreign nationals were doing was not essentially a crime, their attempt to get access to top military personnel should certainly have raised a “few warning bells in both Petraeus’ and Allen’s minds.” (3)

Ironically, it was Mrs Kelley that raised a few warning bells about General Petraeus’ biographer, Paula Broadwell, when Kelley sparked an FBI investigation into Broadwell’s “jealous” emails where she warned Jill Kelley to ‘leave my man alone’.

Aside from the affair, the timing of the scandal and Petraeus’ resignation also requires some attention.

In late October of this year, the former CIA boss traveled to Libya to conduct his own review of the September 11 attack in Benghazi that occurred in 2012, which killed four Americans, including U.S. Ambassador Christopher Stevens.

The trip to Libya was part of the tour around six different countries in the region, as Petraeus prepared to make his testimony before Congress regarding the deadly attack on the U.S. Embassy in Libya. 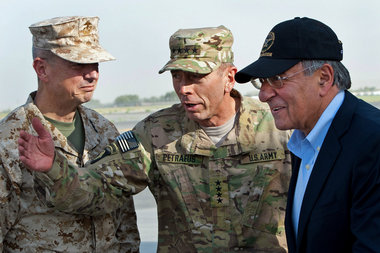 A friend of Petraeus told ABC News that Petraeus was “looking forward to testifying” and that he “wanted to be fully prepared.” (4)

However, Petraeus did not get as far as testifying before the scandal broke, later stating that it would be a media circus if he were to testify.

The fact that the FBI “stumbled” upon the liaison between Petraeus and 40-year-old military reservist Paula Broadwell, from Kelley, an alleged close friend of Petraeus, just days before the married general was about to report to Congress on the September 11 Benghazi attack, certainly rouses suspicion.

Speaking to Sky News, congressman Dutch Ruppersberger, the senior Democrat on the House Intelligence Committee, said that he planned to ask General Petraeus whether or not his resignation had anything to do with the fact that he was about to testify to Congress about the Benghazi attack.

Dutch Ruppersberger had been told that this was not the case, but that Petraeus had wanted to clarify the issue, given that talk about whether or not the General’s extramarital affair had compromised national security would inevitably be raised. (5)

Adding even more disgrace and intrigue to the scandal, Petraeus’ successor in Afghanistan, General John Allen, is also under investigation by the FBI for alleged “inappropriate communications” with Tampa socialite Jill Kelley.

It certainly seems that the Lebanon-born Mrs Kelley is adept at casting unwanted spotlight into the private lives of some of the U.S.’s top national security figures.

Adultery may be illegal under military law, but how morally appropriate is using a beautiful, Lebanon-born socialite to get close to a top commander in Iraq and Afghanistan, one of the most prominent U.S. military figures of the post 9/11 years?

Knowing the details of U.S. actions would inevitably be to the benefit of many Middle East nations, and those considered to be the enemy of the U.S. – all the more reason that Mrs Kelley’s antics, such as her parties and affections towards the former CIA boss and other military leaders, should be more carefully examined by the U.S. federal government.

Something smells fishy in Tampa.