10 Weird Mormon Beliefs Hidden And Not Publicly Talked About 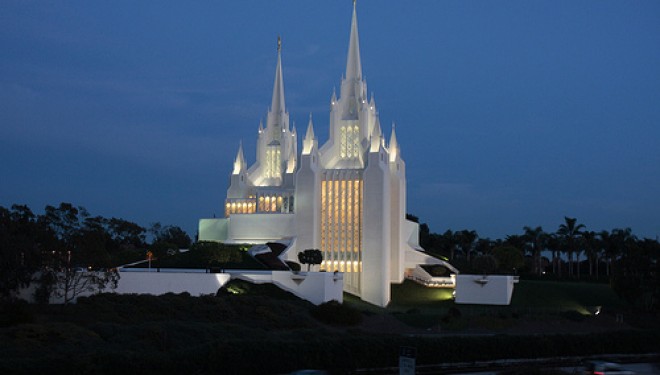 While every religion has its own beliefs, traditions and customs that seem somewhat unbelievable to outsiders and non-believers, the Mormons have their fair share of unique values. What makes the Mormon beliefs particularly out of the ordinary is that Mormons dedicate so much time and energy trying to help non-Mormons.

Editor’s Note: Before reviewing this article, please read through our article about the Underground Mormon Genealogy Database, where TSW explores the unusual underground vault – evidence of another unusual Mormon belief that the dead can be baptized as Mormon, and even when they were never Mormon or expressed any desire to be Mormon when alive.

Mormons are essentially Christian people, who belong to the “Church of Jesus Christ of Latter Day Saints” (LDS). The LDS church was founded in 1830 by Joseph Smith. While Mormons fundamentally identify as Christians, some of their beliefs diverge from mainstream Christianity, such as the central belief that God speaks to children.

Unlike true Christianity, Mormon beliefs include the Book of Mormon as well as the Bible. One of the most glaring differences between Mormonism and Christianity is that Mormon doctrine asserts that God was once an ordinary human being who once lived on earth like an everyday man. (1)

In placing a huge emphasis on the family and taking care of one another, it doesn’t seem surprising that there are approximately 7 million Mormons in the United States and it is the fastest growing religion in North America. (2)

In emphasizing family values and involving people in communities, non-Mormons can largely relate to these central aspects of Mormon beliefs. There are however many facets of the Mormon religion that are not as “believable” or as easily related to and some that are not publicly admitted to.

Mormons have a unique view on cosmology and believe that God created many planets and that each planet has its own God. The Mormon religion goes even further, stating that if you are a good person you will be rewarded by being a God on your own planet. (3)

Tithing is rarely mandatory in religion, but Mormonism theology asserts that in order to make it to the highest kingdom in heaven; you are required to pay 10% of your gross income (tithes) to the church.

Talking about heaven, whilst Christianity believes that there is only heaven, the Mormon beliefs include three heavens that are hierarchical based on how good you were as a human being.

Children Should Not Play with Friends on Sunday

In a speech made in St. Peter’s Square in June 2012, the Pope told his audience:

If you go to a largely Catholic country such as Spain, you will notice that very few places are open on a Sunday, unlike the United Kingdom, for example, where shopping on a Sunday has become very much like every other day.

Mormon theology is similar to Catholicism in the sense that it proclaims that Sundays must be a day of rest dedicated to God and the family. Although Mormonism takes this even further by insisting that no TV can be viewed on Sundays and that children are not allowed to play with their friends on the “day of rest”.

It wasn’t until 1978 when black men could be given priesthood in the LDS church. Some have accused Mormonism of preaching white supremacy. One Mormone doctrine that is not publicly talked about is that if you have dark skin and convert to Mormonism, your skin will become white. (5) Of course, not all Mormons believe or even know about these hidden elements.

If you want to be with your spouse in the afterlife, according to Mormon faith, your marriage ceremony must be undertaken in the LDS Temple. All marriages that take place outside the LDS Temple are considered inferior.

Coffee and Tea is Prohibited

As drinking coffee seems to be an integral part of presidential campaigning and being in office, we are sure self-confessed Mormon Mitt Romney found this aspect of Mormonism difficult to adhere to in the 2012 US presidential elections, if he even knew about this lesser known Mormon doctrine that is. According to the website, Life After Mormonism, coffee and tea, and for some families all caffeinated drinks, are prohibited under Mormonism. (5)

Love Isn’t as Strong for Non-Mormons

Any religion that suggests that the love felt between spouses and families of “outsiders” is not as strong as those within its own faith is guaranteed to raise eyebrows. The suggestion that the love bond isn’t as strong between couples and families who are not LDS has been made and, given its absurdity, is hardly surprising that it is one component Mormons would rather keep a secret.

While there has been no official statement made by the LDS church stating the age of the planet, many Mormons believe that planet earth is thousands of years old as opposed to the billions of years that is widely accepted by the world of science. This is also a belief held by creationist scientists. Those who believe in a younger planet earth point to examples from the Mount Saint Helens eruption and carbon dating inconsistencies. Other scientists theorize that the earth is millions of years old.

Dinosaur Bones Came from Other Planets

The LDS Church Institute teaches that fossilized dinosaur bones came from other creatures living on other planets that were destroyed when Earth was created. (6)

At TSW, we’ve always covered the topic of unusual beliefs, and try to explore them from the mindset of someone that lives outside of the perspective of anyone inside of the community that believes in those things. The reason for this is that it’s the only way to be able to see the forest for the trees. However, many Mormons have pointed out in the comments section that the article is too heavily focused upon things that non-Mormons believe about the Mormon religion which, these people claim, are mostly entirely untrue.

Since the publication of this article, we’ve had a constant barrage of people within the Mormon religion attacking Gabrielle, and attacking Top Secret Writers for the publication of this article. Thankfully, we’ve also had former members of LDS arrive to provide their perspective as well and confirming that much of this is absolutely true – but there are many things the Mormon leadership do not want discussed publicly. This is interesting enough to warrant an interview with former members of the Church, to explore just how this effort to suppress information is conducted (and whether the suppression really exists, of course).

Please note: Going forward, any and all future comments making blanket attacks against the author of this article or this website, will be removed. Please focus on discussing specific issues/information inside of the article, and please provide evidence or sources to support your side of the debate. Provide comments with sources 24 hrs to be approved, as links get auto-marked for review. I will approve them all so long as they are part of a mature discussion about these issues. Attack/derogatory comments toward the author or this website will be automatically deleted and the user will be banned. I realize this topic is extremely sensitive for many – but that doesn’t mean the debate/discussion about the reality or non-reality of specific beliefs can’t be maturely discussed and proven or debunked. Thank you.