5 Unusual and Surprising DARPA Projects in 2012

DARPA is the Defense Advanced Research Projects Agency. It is essentially the place where the military attempts to push the envelope and to come up with new and innovative ideas for defense into the future.

For anyone that is familiar with DARPA, it should come as no surprise that the DoD’s “bleeding edge” research center would come up with some pretty fringe ideas. We’ve covered a number of technologies out of DARPA, such as the hypersonic aircraft or the Dark Star UAV.

However, there are many more concepts and ideas that are explored by DARPA through its many annual investments into the research and development of other companies, both large and small, around the country.

Those investments can provide a bit of insight as to where the U.S. military sees the “state of the art” headed in the next decade or so. To gauge where military technology may be headed into 2013 and beyond, I browsed through the latest publicly released funding numbers for DARPA – FY 2011 Funding – and spotted 7 interesting companies and technologies where DARPA decided to invest.

DARPA investments each year range across all spectrums and all industries. Research includes things like robotics, UAV research, advanced weaponry, biotechnology, advanced materials – the list goes on and on.

The DARPA funding list includes about 30 pages of funding recipients listed, with approximately 100 or so per page. That’s about 3000 recipients of awards ranging anywhere from several million dollars to just a few thousand.

You would expect the usual powerhouse defense contractors to show up on the list, like Northrop Grumman, Mitre and hundreds of Universities to appear. However, if you slow down and pluck out some of the more obscure names of businesses and corporations, you can discover just how varied and interesting the DARPA investment portfolio actually is.

Everyone knows that the U.S. military uses drones for a number of military strikes in areas that are too difficult for troops to reach, however DARPA is taking a closer look at how to use much smaller drones through its investment in a company called Cyphy Works.

These are the sorts of drones that you’ve probably seen used on a few modern TV cop shows, where the police are uncertain about entering a building – maybe there’s a potential bomb threat – so they send in this very small flying drone that can enter the building and observe without putting humans at risk. 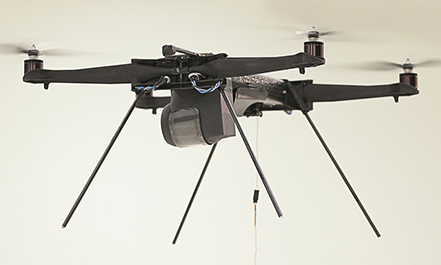 PARC stands for Persistent Aerial Reconnaissance and Communications. You could picture this drone being used to scope out the compound of a Columbian drug lord, or hovering above a battlefield during a ground war to provide a solid relay point for long distance audio or visual communications.

In addition to flying robots, DARPA also appears to have an interest in a very unique technology called “Magnetic Muscle” being produced by a company called Magzor. 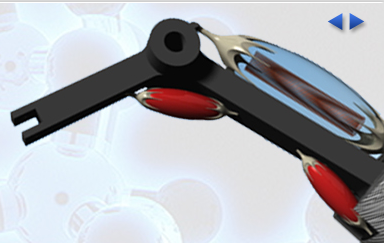 This “muscle” is actually a material invented by the company’s scientists that can provide better “actuation” for robotics or medical prosthetics. The synthetic muscle can actually replace (or increase) the strength of original organic muscle.

It’s uncertain whether the intent would be to use this technology as part of an effort to build stronger robotic soldiers, or if it would be offered to soldiers that are injured in action.

Another fascinating product from a company called Innovega is a technology that at first I thought was essentially Google Glasses on steroids. It’s a very small device – a clear contact lens – that allows the person wearing it to focus on both near and far objects at exactly the same time.

What confused me was that the company mentioned the device could be used to view digital displays right near the eye – however, unlike Google Glasses where the display is part of the eyewear, in this case the eyewear simply gives you the capability to see a display close-up while also focusing on distant objects.

The technology is pretty innovative – by carefully playing with the light coming into the eye, the lens refocuses that light for the eyeball, providing it with one complete picture that includes a focused view of both distant objects and the close-up object.

Going along with this theme is a company called Vuzix, which offers a product nearly identical to the Google Glasses concept – a hands-free smartphone display that lets you use your smartphone in your hand, while looking off in any other direction.

They’re called Smart Glasses, and they’re only one product along these lines. The company also sells augmented reality glasses that cover both eyes and provide a much more immersive experience.

Another company that DARPA likes is one that is trying to replace the “touch” sensory capabilities of a human. That company is called SynTouch.

The company reports that its sensory technology called “BioTacs” can be utilized to create robot fingers capable of discriminating between up to 117 textures with 95% accuracy, even textures that are sometimes too difficult for humans to sense the difference.

As you can see, not all taxpayer money goes to the largest defense contractors out there. Some of it also goes to smaller companies that have a particularly innovative or promising technology right of the cusp of cutting edge.