Is There Any Truth Behind the Bucegi Mountain Discovery? 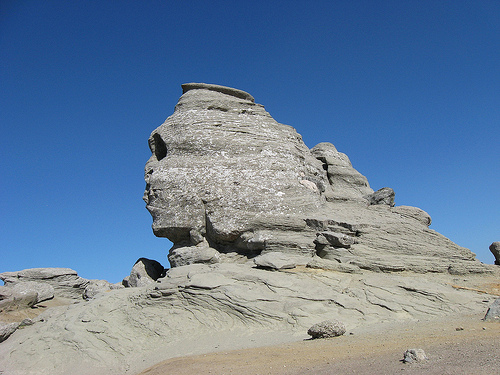 In 2009, the book Transylvanian Sunrise was published, causing a stir in the paranormal research community. The book chronicles a “discovery” under the Romanian Sphinx located in the Bucegi Mountains.

The book discusses a joint effort between the U.S. and Romanian governments to explore tunnels under the sphinx that lead to rooms that possessed advanced technology. Most of the world believes the book to be a work of fiction. However, there are a select few that claim the book is true and the two governments are hiding a find that would change mankind forever.

It makes for a great story, but is there any truth behind the Bucegi Mountain discovery?

Today, the mountains are part of the Bucegi Natural Park near the resort town of Sinaia. Prior to the claims made by Transylvanian Sunrise, the mountains were steeped in an ancient lore of their own.

According to legend, Zamolxis, the god of the ancient Romanian people (the Dacians), made his home and sanctuary in the mountains. It was often said the god would vanish deep into the caverns to consult his oracles because “the cave must have been branched labyrinth-like.”(1) However, the modern-day myth that the book is attempting to perpetuate is a vastly different one.

In 2003, the Pentagon discovered, through the use of satellite technology, an anomaly beneath this ancient sphinx. Through the highest levels of Freemasonry, the Pentagon was able to secure an alliance with the most secret department of the Romanian Intelligence Service which is known as Department Zero.(2)

Most readers take the book as pure fiction, something akin to the works of William Dietrich or James Rollins. It has all of the elements of that genre, such as mysterious findings, government cover-up and involvement of the Freemasons and the Illuminati.

The co-author of the book, Peter Moon, claimed to have co-authored the book with an Intelligence officer with the Romani Government. (3)

Yet, the book is big on claims, but short on proof. Because of this, most of the world has pretty much written the book off as fiction, but there are others out there who claim that can “prove” this find is real.

One proponent of the book claims that the proof is in the stars. AstrologyWeekly.com states that astrology has the means to prove the claims of the book as fact. It does this by taking various celestial positions into consideration. The site claims that these positions line up with the discoveries claimed in the book; therefore, the discovery must be true.

For example, “The Jupiter-Uranus opposition was superposed on the 3rd-9th house axis, the knowledge axis and on the nodal axis in Romania’s natal chart, determining an evolutionary leap in knowledge.”(4)

Nevertheless, astrology really cannot be considered as proof. Another proponent, Alexander Light at HumansAreFree.com, offers a ton of claims that the book is factual, but once again, very little proof. 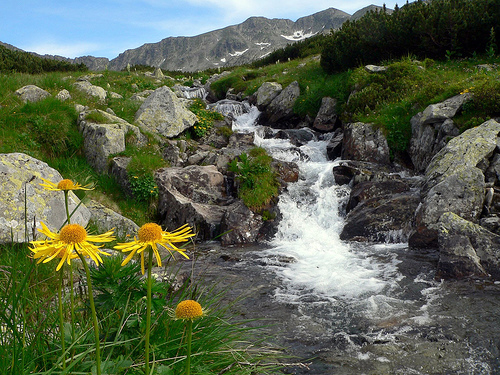 Claims But Not Facts

There is no real proof, aside of the claims of individuals who wish to make money off of the story, that the so-called discovery in the Bucegi Mountains is real.

However, there is a ton of proof that the fantastic claims made by Transylvanian Sunrise are nothing more than fiction.

One bit of evidence is the fact that the entire area is in the vicinity of a resort. The city of Sinaia is a resort town built on the tourism of the Bucegi Mountains. Furthermore, the entire area is often hiked and biked through. Tourists camp in the area and take pictures of the natural features such as the sphinx; all the while, never once being turned away by any sort of government official.

The area is also peppered with hotels inviting tourists to witness the beauty of the natural landscape. With so much activity, it would be quite difficult to hide any sort of secret exploration without someone seeing some government official or being turned away from a specific area.

Is there any truth behind the Bucegi Mountain discovery? Well, it is true there is a sphinx located in the mountains and it is true that the area contains a variety of caves and caverns; however, that is where the truth of Transylvanian Sunrise ends and the fiction begins.