Given the aggressive nature of China’s history, one has to wonder why Beijing does not embrace religion. The answer is simple, the communists can control and redirect anger, but not love.

By manipulating the people through “patriotic education” and anti-foreigner campaigns, Beijing maintains control of the most populous country on the planet. (1) What Beijing believes is that they have the firepower to suppress small-scale uprisings.

Through a show of force the communists can keep the people at bay as they amass fortunes through corruption of all sorts and then plan their exit (2) from China (3). What they do not understand is religion and its underpinnings. It is this fear that paralyzes Beijing in all things religious.

The communists also know that violent calls for a revolution would mean a return to the Mao’ist days of old. A Ghandi-like transition, however, would mean the death of the Mao’ist legacy and sound the death knell of communism. Beijing believes if violence breaks out it can suppress the masses with another Tianenman like event and then negotiate some type of settlement. But what can they do in the face of peace and love or the precepts of Buddhism?


But the Chinese Can Practice Religion, Can’t they?

“Citizens of the People’s Republic of China enjoy freedom of religion. No state organization, public organization or individual may compel citizens to believe in, or not to believe in, any religion; nor may they discriminate against citizens because they do, or do not believe in religion.” – Chinese Constitution

The Chinese constitution guarantees the freedom of religion for all of its citizens (for what it is worth). The reality is that all Chinese churches are beholden to the party. China has declared the party more knowledgeable about Catholic affairs than the Pope and demands unflinching loyalty to Beijing of its Bishops. (4)

Beijing is not only warring with Catholicism but all religions as well. While it is true that Chinese can practice their religion, they have to do it in a state-sponsored manner. Should they decide to pray at their homes or in “unofficial churches”, they can be beaten, jailed (5) or may disappear. (6)

The communist party has created a de-facto freeze on the freedom to worship. (7) 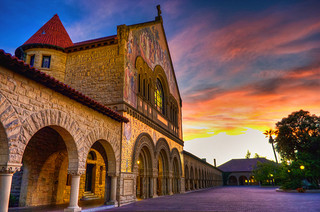 Evil Tool of the West

According to the communists, religion is an evil tool of the West, which is geared towards toppling the new Chinese dynasty.

“Foreign hostile forces have put even greater emphasis using religion to infiltrate China to carry out their political plot to westernize and divide China”.

They are instructing communist cadres and universities alike to staunch all forms of fledgling Christianity and be ever watchful. This goes to show how China sees the US as a menace and force to be controlled. Americans need to be mindful of China’s leanings in order to measure our level of interaction with them in the future.
“When a Beijing organization with close ties to China’s government offered Stanford University $4 million to host a Confucius Institute on Chinese language and culture and endow a professorship, it attached one caveat: The professor couldn’t discuss delicate issues like Tibet.” (9)
What may be most troubling about China’s anti-religion is how it will impact those of us in the US. As bizarre as this may sound, it is unfortunately true. In order to promote the new “gentler China”, the communist party has been investing in American colleges and Confucius Institutes.

This scheme is part of Beijing’s push to increase China’s “soft power” or overseas appeal. The idea is to promote Chinese culture by pouring money into American institutes of higher education. The unfortunate consequence of this is that Beijing has strings attached to their funding. Typically this means that all conversation about Tibet, Taiwan and Tiananmen are off the table.

In this way China is enforcing a blackout on some of the most relevant aspects of China today. Part of this mandate is that China needs to: 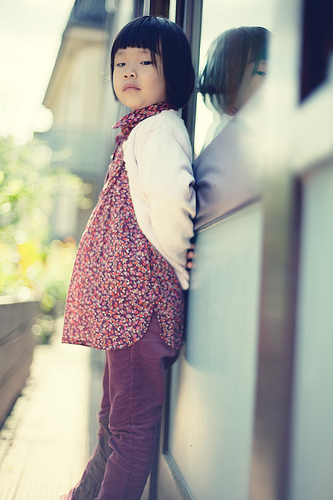 The scary part of it all is that in Beijing’s own words, they will strengthen and improve the ideological and political education of students while guiding them through the religious “battlefields”.

Does this mean that the communist party of China will be bringing those same norms and mores into the Confucius Institutes dotting the American landscape? Can we assume that if China’s goal is to make sure that all of its citizens supplant atheism and Marxist studies for anything smacking of religion that they will do the same in the US?

China’s mandate is more proof of the enormous chasm that divides the two countries. While the US seeks an open debate on most everything which includes religion, China does not. While we allow religious pursuit and freedom in almost every form, Beijing does not.

This divergence was not an issue in the past. China had closed its walls and had no real impact on the US and its people. With globalization, however, all that has changed. As the communist regime seeks to expand its global reach it is increasingly important to understand China and what they truly stand for.

An ancient Chinese saying illustrates this point: “If we do not change our direction, we are likely to end up where we are headed.”