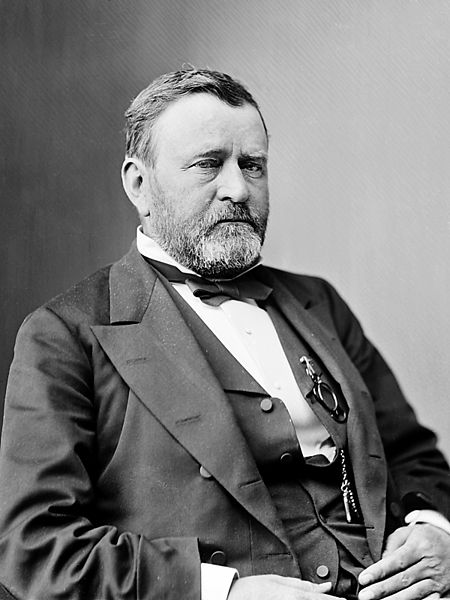 Unfortunately, there are times that we are sadly disappointed by the men we choose to lead the country. We find out that the man in the big chair is not always immune to corruption. The election of a corrupt president has occurred several times over the course of American history. Below is a short list of just a few of the corrupt men chosen to sit in the Oval Office.

Known as the savior of America in many social and academic circles, Grant was credited with winning the Civil War. Such a credit made him a shoe-in for the presidency when he decided to run for the 1868 election.

However, the issues were not that Grant personally was corrupt, but he was either so dimwitted that he did not see or he turned a blind eye to the rampant corruption in his administration. Members of his administration were caught creating dummy corporations to defraud public contracts, attempting to artificially inflate the gold market for profit, and accepting bribes.

Credit can be given to Harding for pulling the country out of its wartime emergency state. However, this is often overshadowed by the Teapot Dome scandal.

The scandal involved the use of federal oil reserves by private companies. This use was allowed by Harding’s Secretary of the Interior, Albert B. Fall, in return for a number of so-called gifts that totaled about $400,000.

The scheme was only discovered because Fall began spending these gifts hand over fist, drawing attention to his new-found wealth. What is ironic about the scandal is that the use of the federal oil reserves were actually on the up-and-up, but it was Fall’s receipt of the gifts that made the use of the oil reserves scandalous.

What would a list of corrupt presidential administrations be without a mention of Richard Nixon and Watergate? Watergate is probably the most famous scandal in American history and it all started with a botched burglary.

Five burglars broke into the offices of the Democratic National Committee located at the Watergate Hotel in Washington, D.C. The burglars were caught and arrested. Money found on the burglars was traced back to a fundraising group for the Nixon campaign known as the Committee for the Re-Election of the President.

From there it was a downward spiral that ultimately led to the convictions of 43 members of the Nixon administration and the resignation of the president himself.

Often coined as the worst president in history, Buchanan arguably had the most corrupt administration of all of the 44 presidents.

Buchanan and his cohorts were known to give cash rewards to individuals willing to vote with the president. It has been theorized that the Buchanan administration spent more than $30,000 on voters during his administration.

These are only a few examples of corrupt presidents and their administrations throughout American History. As illustrated here, corruption knows no bounds or party lines. It is unfortunate that the American people cannot always trust the men they put in office to run the country.