The Intellectual Authors of the Myrna Mack Murder 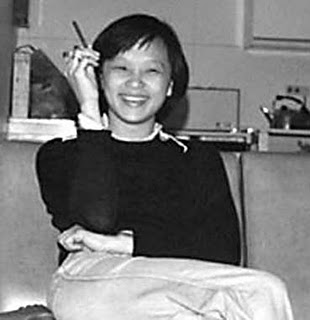 On September 11, 1990, Guatemalan anthropologist, Myrna Mack Chang was stabbed to death by two individuals as she left her office in Guatemala City to return home.

At the time of her death, the anthropologist had been researching and publishing reports about the plights of internally displaced people in Guatemala.

Myrna Mack’s murder is widely believed to be politically motivated. Helen Mack, Myrna’s sister, has continued to push the Guatemalan court system to charge the “intellectual authors” of the crime. According to a confidential document about the Myrna Mack case that is published on the CIA website:

“Mack was allegedly killed to prevent revelations of details concerning military abuses in the highland areas at the height of Guatemala’s civil war.” (1)

In 1993, following a string of delays in court proceedings, Noel de Jesus Beteta, a member of the Presidential General Staff, was found guilty of Mack’s murder and was sentenced to 30 years in prison. (1)

In 1994, the Guatemalan Supreme Court ruled that three army officers, Edgar Godoy Gaitan, Lieutenant Colonel Juan Valencia Osorio and Lieutenant Colonel Juan Oliva Carrera, would stand trial for their alleged involvement in Mack’s murder. While the three army officers from the Presidential General Staff were not accused of stabbing and directly killing Myrna themselves, they were put on trial for being intellectual authors of the murder.

Providing “evidence” of the Guatemalan Army’s involvement with the murder, is the fact that Beteta supposedly confessed to agreeing to keep quiet about the intellectual authors who were indirectly involved with the crime. As it states in the CIA document about the case:

“Beteta claims he has been abandoned by the Army; he says their agreement was that he would remain silent about the “intellectual authors” in exchange for a militarily arranged and facilitated escape or even a congressional amnesty.” (1)

There were years of delays, numerous postponements and a relentless crusade for justice made by Helen Mack. On September 3, 2002, the trial of the three Army officers accused of being the intellectual authors in Myrna Mack’s murder finally began.

One month later, Colonel Juan Valencia Osorio was convicted of ordering Mack’s murder and was sentenced to 30 years in prison, which was the maximum sentence allowed under Guatemalan law. However, both Colonel Oliva Carrera and General Godoy Gaitan were acquitted due to there being “insufficient evidence” of the two officers being involved in the murder. (2)

Nine years earlier, Helen Mack had set up the Myrna Mack Foundation, an organization of approximately 40 workers who lobby for change to the legal system, to promote human security and to fight impunity for military crimes. In the wake of the acquittal of Carrera and Gaitan, on October 4, 2002, the Foundation issued the following statement:

“The conviction of Colonel Juan Valencia Osorio defines the historical magnitude of this trial, which reflects the existence of advances, although minimal and fragile, in the administration of justice in Guatemala.

I am satisfied with the 35-year prison sentence given to Colonel Juan Valencia Osorio, because he was clearly proven to be the author of an institutional crime, a special intelligence operation, which culminated in the murder of my sister.

I am not satisfied with the acquittal of General Edgar Godoy Gaitan and Colonel Juan Guillermo Oliva Carrera, for we presented sufficient evidence to confirm their participation in the planning of this institutional crime.” (3)

The Myrna Mack case is an interesting yet ambiguous one. It was a “historical” trial as sentencing Osorio to the maximum advanced the system of punishing “intellectual authors”.

However, the acquittal of the other two officers, when Helen Mack insists there was enough evidence presented to convict them, proves that flaws and corruption are still very much existence when it comes to convicting those clearly involved in institutional crimes.

Despite Helen Mack’s relentless appeals to convict everyone involved in her sister’s murder achieving some level of success and making some inroads in the dreadful injustice of intellectual authors getting away with their involvement in crimes, there is still a long way to go in prosecuting perpetrators that may not have pulled the trigger or stuck in the knife, but have played a part in a crime.

Police figures released in 2012 show that since the year 2000, 5,000 women have been murdered in Guatemala simply because they are women – a phenomenon known as “femicide”. According to the 2012 Guatemala Human Rights Commission – USA report, out of these 5,000 murders, Guatemalan courts have only produced 30 sentences, including both convictions and acquittals. (4)

According to the Peace and Conflict Monitor, this shocking trend for perpetrators of crimes to be seemingly void of prosecution, is a “continuing trend from the conflict era, where perpetrators of human rights violations, and masterminds of genocide are rarely held accountable”. (4)

In this sense, Helen Mack and her heroic crusade to find justice for her sister’s murder did well in ensuring that at least one of the intellectual authors from the Presidential General Staff was sentenced to the maximum jail sentence under Guatemalan law.

One question does remain. Why were the other two perpetrators of Myrna Mack’s death, similar to the hundreds involved with the horrific femicide taking place in Guatemala today, allowed to walk free?