The Dalai Lama And The CIA 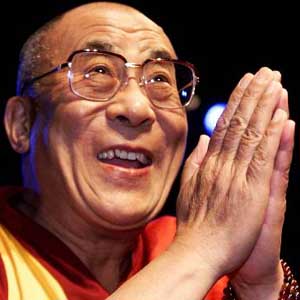 The people of Tibet are widely recognized as being peaceful, non-violent and spiritual.

A lesser known association with Tibetans that broadly contrasts with the Dalai Lama’s peaceful and diplomatic image is that of the Dalai Lama and the CIA. For approximately 15 years in the mid-twentieth century, thousands of people in Tibet were implicated in a harsh and bloody guerrilla war against invading Communist War.

During this desolate time for Tibet, the nation was aided by an unlikely ally, the CIA.

From the mid-1950s until 1969, the CIA was involved in an operation that was code-named ST CIRCUS, and was one of the CIA’s longest running top secret projects.

The CIA’s involvement in assisting the independence of Tibet was part of the organization’s global effort to undermine communist governments, particularly those of China and the Soviet Union.

In 1998, the Dalai Lama’s administration admitted that during this time, it had received $1.7 million a year from the CIA. According to a statement made by the Tibetan government-in-exile, the money Tibet received from the CIA went into training volunteers to fight against the Chinese and for other guerrilla operations. (1)

China included a subsidiary allocated for the Dalai Lama, which was spent on international lobbying and on establishing offices in New York and Geneva. The Tibetan statement did, however, deny the accusation that its leader had received a personal subsidiary from the CIA of $180,000 a year. (1)


Peace and Harmony or the Complete Opposite?

Some view the Dalai Lama and the CIA collaboration as being evidence that the non-violent and peaceful image the Tibetan leader portrays of himself is nothing but lies.

The Western Shugden Society, for example, believes that the CIA-funded violent Tibetan resistance movement that began in the mid-1950s, is proof that the aura of peace and harmony the Dalai Lama mesmerizes the media with, is “actually just another part of the myth”. (2)

“Please inform the world about the suffering of the Tibetan people. To make us free from the misery of the Chinese Communist operations [you] must help us as soon as possible and send us weapons for 30,000 men by airplane.” (3)

While the statement certainly clashes with the guise of peace and spirituality the Himalayan land is world renowned for, it also suggests that there was desperation amongst the people of Tibet during this time and that, with no army or weaponry of their own, they had little choice but to involve the CIA.

In what has been described as being a “fantastic escape” and one of those successes that is not talked about, in a message radioed from the Dalai Lama’s traveling party to the CIA, the claim was made that the Dalai Lama would have never been saved without the CIA. (3) 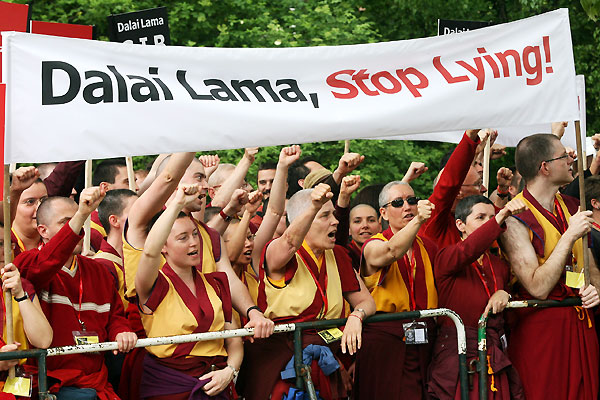 The 1998 official report released by the Tibetan government denies that the Dalai Lama received any personal subsidiary from the CIA.

However, in July 2012, information about a secret dossier was uncovered by German investigative reporters, which claims to confirm that the Dalai Lama was intimately involved with the CIA plans and funding of the Tibetan resistance to Chinese occupation in Tibet.

In the account made by the German investigative reporter, Suddeutsche Zeitung, meetings between the Dalai Lama and the CIA started a year after Chinese aggression in Tibet began.

Zeitung refers to a number of secret documents and testimonies having been made by CIA veterans such as John Kenneth Knaus, which allegedly state that in the summer of 1956, it was decided that agents would do “everything possible to keep the concept of an autonomous Tibet alive”. (4)

The premise that the peace-loving, spiritual and virtuous Dalai Lama was involved in a violent, CIA-backed and funded guerrilla war on invading Communist China could be said to have been somewhat sensationalized and exaggerated.

An example of the sensationalization of the Dalai Lama and CIA collaboration can be found in an article published on the American Buddha, titled “The Dalai Lama’s Brothers Worked For The CIA”.

The article describes how the CIA stepped forward with a solution to help Tibet advance personal and national liberty throughout their homelands by inaugurating the perfect vehicle for “discreetly channeling financial support to the likes of the Dalai Lama’s brothers”. (4)

While the morals of who is widely thought of as being one of the most peaceful and pious people on the planet being involved with a bloody war assisted by America’s secret intelligence service have been questioned, the fact that the Dalai Lama’s alliance with the CIA is likely to have been instigated through fear of Communist China taking over his nation and consequently instilling fear and violence on all who occupied it cannot be ignored.

In an interview with the New York Times in 1993, the Dalai Lama was asked about his thoughts about one of his brothers being involved in leading a guerrilla movement against the Chinese from the mid 1950s to the late 1960s.

The Dalai Lama replied that although he is always against violence, the Tibetan guerrillas were very dedicated people and were “willing to sacrifice their own lives for the Tibetan nation”. (5)

As the Dalai Lama pointed out in the interview, the CIA’s motivation for helping Tibet may have been entirely political and was not made out of sympathy and compassion, but when it comes to rescuing the autonomy and identity of your country, even the most non-violent and spiritual amongst us can become revolutionary.