The Mini Space Shuttle and Its Top Secret Missions to Space

This past December, the Air Force launched their secret X-37B mini shuttle for a second time. (1)

This is an impressive feat because the X-37B is a reusable unmanned space plane. This recent re-flight shows great promise for future possible applications where the X-37B can be used.

However, most of these applications are left to the imagination because the Air Force is not really discussing how they plan to use the space plane, leaving a large amount of speculation to its purpose. Yet, it is a pretty safe bet that since the Air Force is involved that these applications will be largely military and less likely to be exploratory.

The X-37B is an impressive piece of engineering and, to date, the Air Force has been pleased with its performance. However, that is the only thing the Air Force is really telling the public about the plane. So far, what is known is that the X-37B is an unmanned robotic mini shuttle.

Dubbed a “mini shuttle” because the space plane has a wing span of about 15 feet and measures nearly 30 feet in length; this is roughly a quarter of the previous shuttle size. However, it is not its miniature size that makes it so impressive. The X-37B comes equipped with the capability of “autonomous orbital flight, reentry and landing.” (2)

The Air Force states that the primary planned use of the vehicle will be “reusable spacecraft technologies for America’s future in space and operating experiments which can be returned to, and examined, on earth.” (2)

One such theory is that the Air Force is using the space plane to spy on the Chinese Space Station, Tiangong-1. This theory gathered steam when the X-37B surpassed its originally planned 270-day mission. (3)

However, a quick look at the X-37B’s first orbit busted that theory. The X-37B and the Tiangong-1 were not on complimentary orbits; meaning, that if the Air Force wanted a good look at the Chinese space station, then they did a terrible job of picking a suitable orbit. From where the X-37B orbited, the Air Force could not get a decent look at Tiangong-1.

Another theory is that the X-37B is not transporting experiments into space, but rather nuclear weapons. There are actually two theories about the space plane’s nuclear involvement.

Both of these scenarios seem to have both China and Russia concerned. However, this seems unlikely since the Air Force has much more efficient ways of deploying nukes for targets on earth. Also, when re-entering earth’s atmosphere, the X-37B technically does not fly, it glides. As far as a space weapon, detonating a nuke in space is virtually useless. (4) 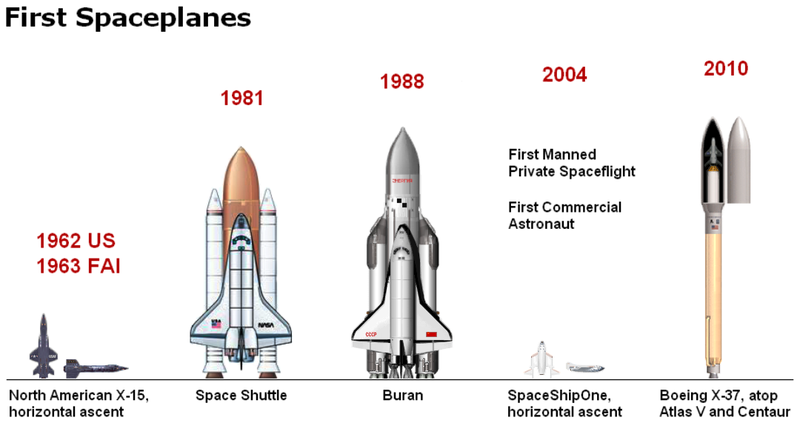 The most plausible theory out there, if you do not believe the military is actually conducting exploratory experiments, is that the X-37B will be used to deploy a number of tiny satellites or sensors. Using the space plane for this could be a viable solution when needing to quickly deploy equipment into space. However, this equipment would have to be small since the X-37B payload is roughly the size of a pickup truck bed.

Currently, the X-37B is still in the test phase; therefore, it is pretty easy to believe the Air Force when they say they are conducting experiments associated with unmanned flights and autonomous landing. However, the secrecy surrounding the space plane does seem to hint that the X-37B will have applications other than space exploration.