Umatilla Reservation Screams – Is it Bigfoot or Something Else? 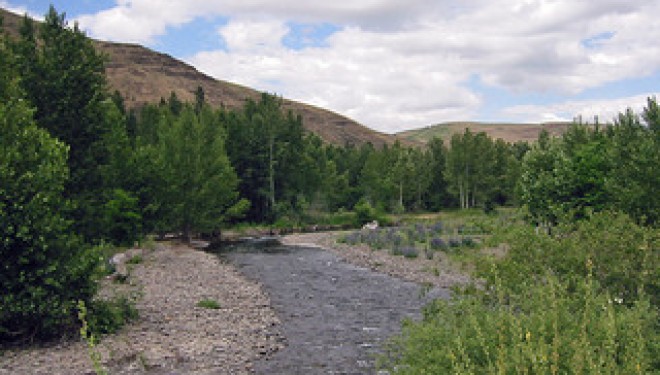 Many bigfoot believers immediately say the Umatilla screams audio is proof that the legendary creature lives near the reservation. Though a video is available, it only provides audio. There is no visual confirmation of what is making the nightly screams.

With no visual confirmation of the sound’s source, most sasquatch skeptics are contributing the odd Umatilla screams to already known animals that are indigenous to the Oregon wilderness. Once again Squatchers and skeptics are at odds, which begs the question: What is screaming on the Umatilla Reservation?

According to the Squatchers, these are the screams of the elusive Bigfoot. Theories differ on why the creature is making such calls near the reservation.

Some bigfoot believers state that the calls could just be the howls of a lone sasquatch, while others say that the sometimes high-pitched screams could be that of an adolescent sasquatch that had become separated from its mother.

Others have claimed to have heard two sets of Umatilla screams from two different areas, leading them to believe it is actually two different sasquatches communicating with each other from a distance.

Even though bigfoot believers are ready to file these screams in their sasquatch evidence files, skeptics and most wildlife experts are not so quick to jump on the bigfoot bandwagon.


Are Umatilla Screams from an Existing Species?

Skeptics and most wildlife experts believe that the Umatilla Reservation screams can be contributed to an animal species already recognized by science. The two most popular theories about the screams’ origins are foxes and Barn owls.

Both of these creatures are nocturnal hunters and are known to make hair-rising sounds during the night. Carl Sheeler, wildlife program manager for the tribes, states:

“The first time a person hears a fox calling in the night, kind of echoing around the canyons, it raises the hair on the back of your neck.” (1)

However, many bigfoot believers contend that they have years of outdoor experience and have never heard anything like the Umatilla Reservation screams from any known animal.

Many who have claimed to have heard the screams state that explanations that skeptics and wildlife officials are offering are wrong. An anonymous source told BigfootFinder.com:

“They don’t sounds like any animal that I have heard, and are definitely not human.” (2)

The Squatchers appear to have their minds made up that the screams are being made by a sasquatch, but for reasons unknown. Which Theory is Right?

In a counterargument to the sasquatch theory, wildlife officials agree that the screams could be from an animal that Umatilla residences have never heard before.

Another possibility to the screams’ origins is the fact that the wolf pack known to inhabit the Walla Walla, Washington area could be traversing onto the reservation. Once again, the squatchers are not satisfied with this explanation.

So, what is screaming in the woods surrounding the Umatilla Reservation? No one really knows for sure, but once again the squatchers and the skeptics are at odds with each other. And it seems that neither side is willing to take the other side’s theories seriously.

It seems that we may never know what is screaming in the woods, but we can certainly listen for ourselves. Below are the recordings of the Umatilla screams, along with several animal recordings that wildlife officials believe could be the culprits. Listen to them and decide for yourself!

Many military bases cover hundreds of square miles of rugged and isolated terrain. This fertile, remote ground has provided an unusual amount of Sasquatch sightings. (more…) [...]