Much of the business conducted in China is done after hours. This usually means long nights spent eating lavish meals and then a night of KTV, which is China’s version of a karaoke bar. In China, however, KTV’ing means more than just a night of singing and merriment; it frequently leads to a night of purchased love as well.

Most Chinese KTV’s are staffed with “students” who are paid to sit by your side and keep your wine glass full. They will sing a few songs and play some bizarre dice game with you starting at $40 and up. Once the night winds down, however, it’s game on as most of them will go to your place for a night of frolicking and sex.

I witnessed this first in 2009 when I went to a KTV with high placed telco officials from a few southeast Asian countries.

An American friend had invited me and said that although I had lived in China, I had not really “lived the China experience” and sought to change that. He introduced me to a passel of men whose titles started with Chief this and vice that, and then we took a seat.

“Pick one,” my friend said. “YYY company is paying for it. The girls will sit by your side, keep you company and then if you want, you can take it to the next level. The cost for sex varies, but is from $100 and up, depending on the length of time you want her. Of course you will have to pay that cost yourself, the telco is only paying for what goes on in this room.”

Sure enough once the night had ended, about sixteen of the twenty men who had partied with us ended up going home with their “date”.

My friend was right, this is just business in China. Since then I have been invited to more KTV’s than I can count and seen many trysts written off as a miscellaneous expense “entertainment”.

Furthermore, and sorry ladies but this is going to sting a little bit… but it is a common practice for foreign businessmen to be treated to KTV’s and their women in order to ice a deal when coming to China. But, business is not their only goal. More and more the Chinese are using such functions as honey traps and or extortion.

It works like this, a purchasing agent visits the PRC and is taken out for a night on the town. One thing leads to another and pretty soon he is covered in an alcohol induced glow. As the night progresses, his Chinese host tell him what a great guy he is, call him their “brother” and say “Hey, let’s go chase some women, whaddya say?”

A few moments later they are engulfed in the nubile flesh of young pleasure workers plying their trade. After a few more bottles and hours later, the businessman finds himself in the same situation as Benedict Ben, from Part I of this article.

The guy is shown pictures or, worse yet, videos of his sexual master/predation from the night before. He can be threatened by the company and or police and told that he now must play ball. Fearing the worst, i.e. confinement to a Chinese gulag, he soon spills his guts and shares company secrets.

This practice has come to a head with communist leaders recently when a sex video of the rotund and jiggly communist party official Lei Zhengfu was circulated online.

The video created such a stir that Comrade Lei was soon sacked for dereliction of duty. But that was just the tip of the iceberg, as a subsequent investigation lead to the exposure of ten more party members who had done the same thing.

All of the men had fallen for a honey trap set up by a local construction company targeting governmental officials. The Chinese company hired women such as the co-star of Lei’s sex video, the 30-year-old Zhao Hongxia, to sleep with these men and video the affair.

The officials were then approached with the videos and told to play ball or suffer the consequences. The videos were then released, potentially ruining the career of the men. 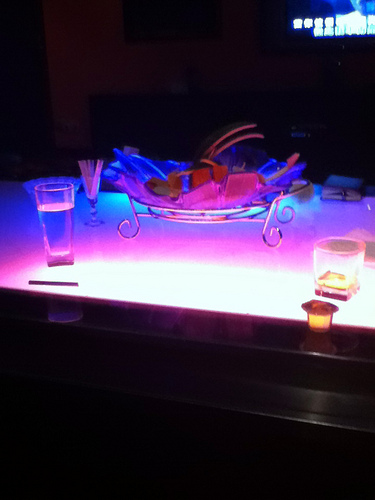 While my tone may be light-hearted, the facts are much more ominous, this type of thing is escalating in China and no one is immune. With China’s rise has come a commensurate need to flex their muscles at the international level. They will stop at nothing to achieve their goals and have elevated their level of aggression.

Honey traps are but one tool in their arsenal used to overcome the innovation and technology gap between Beijing and the USA.

Say what you like, but we are under attack. Although Beijing has not openly declared war, their actions would lead us to believe otherwise.

The Chinese are the most aggressive and persistent aggressors in cyber espionage and conventional means as well. As a matter of fact, due to persistent intellectual property theft, some have posited that China’s aim is to cripple us economically, and this may not be far from the truth. With their success in both stealing our secrets and forced technology transfer, our tech lead is dwindling away.

The Chinese are not only hacking us into submission, but relying on conventional spies as well. The US government has claimed that China’s student network – at 200,000 people and growing – poses a threat to national security.

What is worse is that sometimes spying is not even needed. As a matter of fact, many of those students are exposed to innovative US ideas with military application. And if that is not bad enough, Chinese green card holders are actively engaging in espionage at a troubling pace.

Both China’s ex and current presidents have told the People’s Republic Army to prepare for war, and they are moving full speed ahead.

China now only lags behind the US in military spending and although our outlays are larger than theirs, we have the costs associated with being the “world’s policemen”. The cost of casting our global net of protection is prohibitive.

The Chinese have retrofitted the aircraft carrier Varyag aka Liaoning, and have taken it to sea. Aside from this they are testing their newest stealth fighters and frigates, and deploy more drones than we do.

For a country which claims its rise is peaceful, China sure seems to spend a lot on munitions. Perhaps they fear revolt from those four million Tibetans, praying in Lhasa.

With over 30 million Chinese men who will never be able to marry, the Chinese army has more than a few “spares” to dedicate to the military cause. This overabundance of men is exacerbating the problem as well.

In a country like China, the people cannot relieve stress by openly complaining about the communist party so they look elsewhere. In order to vent their frustration, the Chinese focus on foreign affairs.

The people of China are embracing nationalism/xenophobia at an alarming pace. Just the other day Chinese bloggers assailed Russia before Xi’s visit there. They clamored for a return of ill-gotten land, an issue from many years ago.

The Chinese are also calling for a tougher stance on everything from the islands ringing the South China Sea, to a tougher stance on Japan. The communist party seems to be inculcating such a thing with nationalist TV shows which last year alone showed the slaughter of over one billion Japanese in a one year span.

Although China has grown, it has now reached an impasse. Hundreds of millions now actually live in houses, but they want more. They see the rich second generation – “fu er dai” or sons of communist party members who abuse their contacts or guanxi. This anger is boiling over, but the Chinese fear denouncing the party, it is much safer to demonstrate against Japan or the Philippines.

Susan Shirk claimed that the Chinese leaders are insecure and self-conscious. They still feel they are not welcome and do not belong on the world stage and this makes them dangerous.

This fear has led them to dangerous choices. They fear threats from within more than from without, but are preparing for any contingencies. With more than a “few good men” to spare, China is mobilizing itself.

Beijing’s militarization has not gone unnoticed by Washington and the countries surrounding the People’s Republic who are increasingly seeking support from the west. They see the weapons build up and hear the rhetoric and have a better understanding of China and its military history.

China’s rise has created problems in many parts of the world. From intellectual property theft to their belligerence in the South China Sea.

China has increasingly taken an aggressive stance and seeks to expand its national boundaries by force if necessary. Standing in their way is the world’s policemen – the USA.

Beijing takes a long-term view of war and prepares well in advance. The flooding of Chinese nationals into the US has posed recognized security threats. Absent a better understanding of the capabilities and goals of China, the US is at a severe disadvantage.

A major problem is that not enough Americans are working in China and or exposing its realities. This means that the China narrative is frequently white-washed by pandering politicians and big businesses whose pursuit of a profit has left us vulnerable.

China, on the other hand, is exploiting our openness, which makes sense. Part of what makes us great makes us vulnerable as well. This does not mean we should close our boarders, but be vigilant, especially when dealing with China.