Fungi and Fungal Toxins Can Be Used as Dangerous Biological Weapons

Ryan view more articles
Facebook 0 Twitter 0 Pinterest 0 Google 0 LinkedIn 0
Is it possible for fungi or fungal toxins to be used as biological weapons? If history is any indication, they already have.

After the end of the war in Vietnam in 1975, the victorious Communist leaders in Vietnam and Laos initiated what was called a “pacification” campaign in retribution against the Hmong tribes which had aided the U.S. during the war. (1)

It was the summer of 1975 when low flying aircraft started arriving in the skies over the Hmong mountain villages. The aircraft dropped aerial bombs that distributed an oily, yellow mist onto fields, trees, animals and villagers. The substance smelled like gunpowder.

According to witnesses, the mist not only contaminated the food and water supplies of the villages, but people that were directly sprayed with the mist inadvertently inhaled and ingested the liquid, or had it cover their skin and clothes.

Within minutes, both animals and villagers started to experience adverse effects – bloody diarrhea, coughing and bleeding mouth, severe abdominal pain and chest pain. Eventually, exposed villagers couldn’t eat and became extremely dehydrated. Some became blind. The severely exposed lay in their deathbeds with elevated heart rate (tachycardia) and blood oozing out of their noses and mouths.

After seizures and coma, many died. Others survived only to die in a similar manner a few days later. It wasn’t until years later that scientists connected the mysterious yellow-rain symptoms to a particular fungal toxin that many believe came from the Soviet Union. 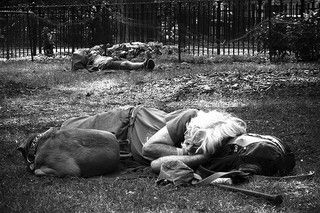 In 1981, a U.S. Army toxicologist named Dr. Sharon Watson made the connection between the symptoms of exposure to trichothecene mycotoxins (T2) and the symptoms that the Vietnamese villagers experienced after the biological warfare attack.

U.S. Intelligence analysts connected the Vietnam attack with the deaths of thousands of citizens in the USSR from 1942-1948 due to the mycotoxins present on grain from fields that had been unharvested through winter. (2)

One declassified CIA document from 1983 titled “Soviet Development of Toxins” listed evidence from captured agents and Soviet defectors that revealed the Soviet Union’s efforts in developing a “powdery, yellow-brown” weaponized biological agent known as “lebeda”. The CIA analysts surmised that the “yellow rain” incident in Vietnam was no coincidence.

“Evidence exists, however, that the use of toxins as combat weapons is not a newly developed or experimental Warsaw Pact concept, but that the trichothecenes may have been part of the Soviet arsenal for decades.” (3)

In fairness, it should be noted that controversy still remains as to whether the attack was really T2, or whether it came from the Soviet Union. However, what is not in question is that T2 does in fact produce the same symptoms witnessed in Southeast Asia, and could realistically be developed and used as a dangerous biological weapon at very low cost. 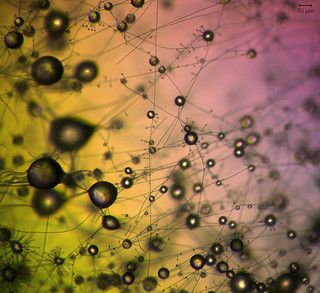 Does U.S. Take the Threat Seriously?

How serious of a threat are these fungal toxins today, and what is the U.S. doing to protect the population against such an attack?

Most government documents that discuss biological agents of concern focus primarily on viruses or bacterial diseases like anthrax. However, little attention or focus is placed upon the dangers posed by fungal toxins. While they are not communicable, they do have all of the other characteristics of an ideal biological warfare agent – they can be lethal, easy and inexpensive to produce in large quantities, able to be dispersed via aerosol over a large area, and there is little to no effective treatment or vaccination.

One paper published by researchers at Yeshiva University clarify these underestimated dangers as follows:

“However, many human pathogenic fungi are easily obtainable from the environment, are highly dispersible and can cause significant disease after inhalation with relatively low inocula….it is as apparent that some organisms such as Coccidioides spp. are comparable to other microbes for which there is significant concern.

The paper goes on to explain that the lack of concern is more from misunderstanding the dangers that are apparent in these toxins.

Our analysis suggests that the current indifference to fungi as potential biological weapons against human populations is probably a perception engendered by their non-communicability, lack of history of use or development as biological weapons, and a relatively low incidence of symptomatic disease following natural infection. Awareness of the weapon potential of human pathogenic fungi is an important consideration for greater preparedness against the threat posed by biowarfare and bioterrorism.

The problem is that those in charge of national security and homeland security might be somewhat complacent in the idea that they have all the bases covered in closely monitoring for things like anthrax, nuclear weapons or viruses. However, as recent history has shown, that complacency will more often than not result in an attack out of left field that no one anticipated, and from a direction that no one had considered.