HAARP Shuts Down Due to Lack of Funding 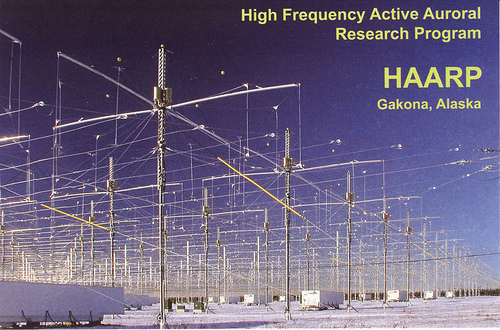 According to the National Association for Amateur Radio, the infamous High Frequency Active Auroral Research Program (HAARP) has been shut down since May of 2013.

According to comments made by Dr. James Keeney of Kirtland Air Force Base – the HAARP Program Coordinator – the site simply isn’t receiving enough money to continue operating.

Keeney told ARRL that it costs a minimum of $300,000 a month to keep the facility operational, and up to $500,000 a month to run it at full capacity over just 10 days. Required repairs to the on-site generators would cost approximately $800,000.

Dennis briefly covered HAARP here at TSW in 2010. In 2011, Gabrielle covered what is actually known about HAARP’s activities, an odd statement about environmental engineering by William Cohen in 1997, and an odd slip-up at an EU Committee on Foreign Affairs mentioning that HAARP had demonstrated “environmental manipulation”.

Now, the official stance is that HAARP is abandoned, power is turned off and “everything is in secure mode”.

Sounding a bit like a disgruntled government employee, Keeney reported to ARRL that he had never even submitted a budget request for 2015, and “no one paid any attention”, but now that the site is actually shutting down operations, “people came unglued”.

A History of HAARP Pleading Poverty?

The threat of shutting down HAARP appears to be directed more toward the government than to the media – a hope that some other government agency will take over the facility, since significant Air Force budget cuts will force it to shutter HAARP.

A similar situation occurred in 1994, when reporter Linda Moulton Howe interviewed HAARP Director John Heckscher, who told her that HAARP had no funding for 1995. The public comment was made as an effort to pressure the Secretary of Defense into funding HAARP as part of a nonproliferation program – as a research project to search for underground tunnels, shelters and other facilities. (3)

In fact, that’s exactly what happened. This funding continued through the 1990s, as detailed in the 1998 Counterproliferation Program Review Committee report, which read:

“HAARP is exploring the use of low-frequency electromagnetic waves for detecting and imaging underground structures and tunnels. This program had not been considered a high priority by the Administration and was not included in its FY 1998 budget request. However, Congress provided funding for the Counterproliferation Support Program to work with the Air Force Research Laboratory to expedite determination of the viability and military utility of the HAARP concept.” (2)

The document shows that the HAARP program has always had to struggle to prove its value to secure funding. 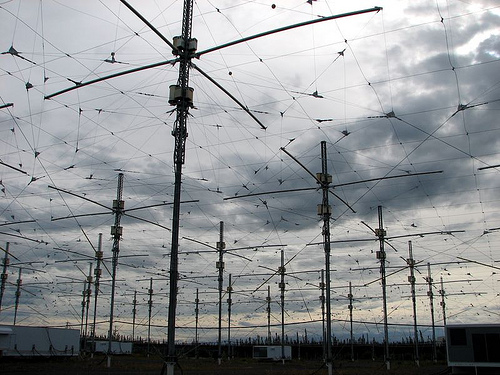 An Interesting History of Research

The most recent documented successes of the project involve its ability to “excite” the ionosphere and measure the resulting effects. Most significantly, in 2013, scientists used HAARP to produce a high-density plasma cloud that military funders hoped could act as artificial mirrors just below the ionosphere. Those mirrors would be used for military purposes, such as reflecting radar and communication signals for longer-distance propagation around the world. (4)

Despite the successes of recent experiments, the Program Coordinator’s comments that the facility is no longer in operation calls into question the future prospects for this and other ionosphere research.

In the end, it might all boil down to the fact that it simply costs too much to fuel and maintain all of the generators needed to blast those high-energy radio waves into the sky. This may make conspiracy theorists who were convinced the system was harming the ionosphere very happy. However, if the Program Coordinator is telling the truth, it’ll put a significant damper on ionosphere research.