Is Fluoride Really Toxic? What the Experts Say 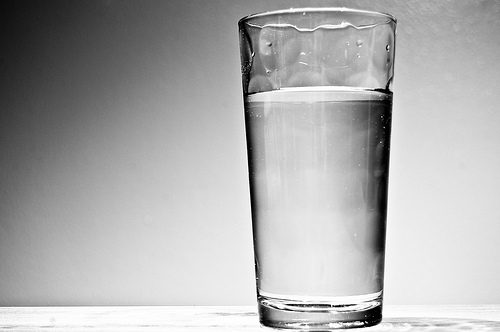 In the mid-1940s, cities began adding fluoride to municipal water systems based on the belief that fluoride was the answer to fighting tooth decay among the masses.

Over sixty years later, that myth is still held as dogma and fluoride is still pumped into most water supplies that consumers drink every day in the US and many other countries around the world.

In 1969, when the WHO (World Health Organization) endorsed adding fluoride to water supplies, most countries began fluoridating drinking water. However, there is a wealth of data that supports the argument that fluoride is doing more harm in drinking water than good.

Even when the harmful effects of this process were revealed in the 1970s, many countries, including the US continued with the practice. However, many European countries decided that the health risks were too great and discontinued their water fluoridation programs. (1)

Proponents of fluoride preventing cavities believe that in small doses it is relatively harmless. In high doses, as it’s used in rat poison and various insecticides, fluoride is quite lethal. Fluoride ingested in low doses over many years will weaken and damage bones and teeth. (1)

In fact, Richard D. Sauerheber, Ph.D. at Palomar Community College in San Marcos, California discusses the danger of municipal water fluoridation in his paper titled “On the Toxicity of Fluorinated Water”. Dr. Sauerherber states that fluoride is a lethal poison that even at the low levels used by cities has harmful effects, such as changes to teeth and bone structures as well as the calcification of “tendons and ligaments”. (2)

He further advises that “moderate doses can cause spinal deformities and increased hip fracture tendencies along with kidney and gall stones” and warns that higher levels “can cause death”.

Fluoride causes problems because it is an “enzyme inhibitor for all enzymes requiring calcium” in order to function. The fluoride binds the calcium ions in your body and can even block sugar metabolism in red blood cells. (2)

Although most people think of bones and teeth as having the largest concentrations of calcium, there is also a high concentration in your muscles, ligaments and brain. Dr. Sauerheber also points out that fluoride will seek out the calcium needed to contract your heart, the most important muscle in your body.

Dr. Joseph Mercola, renowned health expert, states that, “One of the primary sources of fluoride exposure is not fluoridated drinking water but non-organic foods, due to the high amounts of fluoride-based pesticide residues on these foods.” (3)

In fact, he believes that non-organic foods may make-up one-third of a person’s fluoride exposure. He warns that fluoride has other dangers that include their interaction with other chemicals and heavy metals. These interactions can fortify harmful substances and make them far more potent than normal. They can even extract metals, such as pulling lead from water pipes and introducing the metal into your daily water consumption.

Fluoride also enters the food supply in mediums other than water. The wide use of pesticides in agriculture introduces fluoride into foods since many of the pesticides contain significant amounts of fluoride as well as other harmful chemicals.

According to a 2009 research review of the Fluoride Research Organization (Fluoride Toxicity in the Male Reproductive System), the team found “changes in the structure and functional behavior of human male sperm”. The scientists discovered that fluoride “interferes with thyroid hormone metabolism” and also, modifies the “cell signal transducers called G-protein coupled receptors, which are used by the pituitary neurohormone that regulates testosterone production.” The lower testosterone production interferes with male reproduction. (4)

In another research report (Toxic Effects of Fluoride on Kidney Function and Histological Structure in Young Pig), it was revealed that the fluoride exposure to young pigs was “deleterious to kidney structure and function”. (5)

And yet another of the numerous research reviews on the dangers and harm of fluoridation, (Excitotoxicity: A Possible Central Mechanism in Fluoride Neurotoxicity) concluded that: “Recent evidence indicates that fluoride produces neuronal destruction and synaptic injury by a mechanism that involves free radical production and lipid peroxidation.” (6)

With this and an enormous amount of solid research documenting the detrimental effects of adding fluoride to drinking water, it’s time that this practice is reconsidered. It’s an uphill battle to convince people that the fluoridation of drinking water is harmful when it’s endorsed and promoted by the CDC (Center for Disease Control and Prevention) touting fluoridation as one of the top 10 health achievements for the 20th century. (7)

The debate between those in control of the water supply and those researching the harmful effects of fluoridation is ongoing and never-ending. There is definitely something wrong with this picture when those in authority continually endorse and promote fluoridation with proclamations of its benefits based on 60-year-old data that has continually been disputed by solid scientific data.