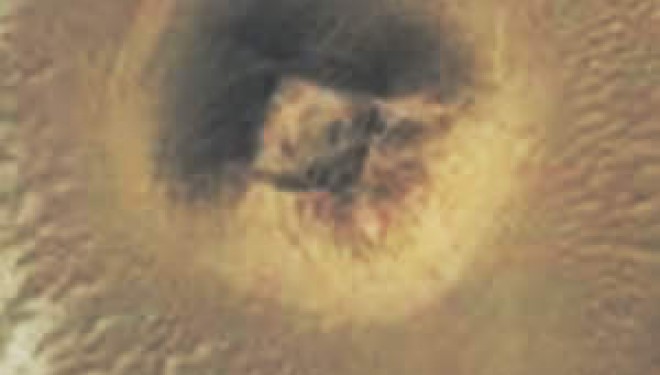 Playing on Google Earth is entertaining. Locating our houses, schools and holidaying haunts from a bird’s eye view certainly fills a few empty moments when we’ve not got much more to do, but perhaps the site can help us discover so much more. How about if Google Earth uncovered an ancient structure to rival the likes of the Giza pyramids?

Angel Micol found the structures through Google Earth more than 5,000 miles away in North Carolina. Micol told Fox News that during a preliminary ground proofing expedition of the area, some perplexing features, including shafts and cavities had been found. (1)

The two sand formations are approximately 90 miles apart. One is located in Upper Egypt, 12 miles from the city of Abu Sidum. This structure is comprised of four mounds and a remarkable footprint.

The second possible pyramid complex is situated 90 miles to the north of Abu Sidhum, not far from the Fayum Oasis. This unusual construction consists of a four-sided, condensed mound. The mass is about 150 feet in width.

If the structure alone wasn’t mysterious enough, augmenting the ambiguity of the discovery are three smaller mounds that lie close to the larger one, positioned in a diagonal alignment.

“The images speak for themselves. It’s very obvious what the sites may contain, but field research is needed to verify that they are, in fact, pyramids.” (2)

Micol’s report received a fair amount of media attention. It also generated a degree of skepticism from geologists and the validity of the claim that the structures were unknown pyramids.

The skeptics also doubted that a tool like Google Earth could really lead to such a discovery. The disbelievers dismissed the idea, claiming that the structures were likely to be windswept rock formations or merely anomalies.

“It seems that Angela Micol is one of the so-called ‘pyridiots’ who see pyramids everywhere. Her Dimai and Abu Sidhum ‘pyramids’ are examples of natural rock formations that might be mistaken for archeological features provided one is unburdened by any knowledge of archeology or geology. In other words, her pyramids are just wishful thinking by an ignorant observer with an overactive imagination,” said James Harrell, professor emeritus of archeological ecology at the University of Toledo. (3)

As the hype settled down, Micol says that she was contacted by an Egyptian couple who claimed they had important historical references for both of the sites.

Medhat Kamal El-Kady, former ambassador to the Sultanate of Oman, and his wife Haidy Farouk Abdel-Hamid, a lawyer and former counselor at the Egyptian presidency, are both serious collectors of ancient books, documents, maps and manuscripts. The couple asserts that the sites that Micol uncovered are both cited as pyramid complex sites in various old documents and maps.

“For this case only, we have more than 34 maps and 12 old documents, mostly by scientists and senior officials of irrigation,” Farouk and El-Kady told Discovery News. (5)

For the Fayum site, the collectors cited three specific maps. One of the maps was by Robert de Vaugoudy, which dates back to 1753, another by the engineers of Napoleon Bonaparte, and one by Major Brown, an 1880’s general of irrigation for Lower Egypt.
Talking about the new discovery, the couple told Discovery News:

“They would be the greatest pyramids known to mankind. We would not exaggerate if we said the finding can overshadow the Pyramids of Giza.” (5)

A preliminary ground study was carried out at the site close to the city of Abu Sidhum and provided data that can be compared to El-Kady and Farouk’s maps. Mohamed Aly Soliman led the preliminary expedition and claims that the structures are concealing an ancient site.

“Those mounds are definitely hiding an ancient site below them,” the researcher told Discovery News. (5)

Aly Soliman backs up his claim by the fact that the mounds are surrounded by pottery, seashells and transported layer.

“These are different layers, not belonging to the place, and were used by the Egyptians to hide and protect their burial sites,” Aly Soliman continues. (5)

The seashell alliance stems from the fact that pharaohs, the most powerful people in ancient Egypt, used seashells when building their pyramids.

“If we look back in history we will find that pharaohs were using seashells in building their tombs and pyramids for ventilation purpose. Even the rocks used in building pyramids contained up to 40 percent seashells,” said the head of the exhibition. (5)

Bringing further weight to the claim is that a metal detector used on the mounds showed that there were underground tunnels heading north on both of the big mounds.

“Most Egyptian pyramids have north facing entrance tunnels, so this is another promising piece of evidence we have found,” continued Aly Soliman.

With ground evidence and historical data, the unknown pyramid discovery suggestion does seem more plausible than what was originally an observation on Google Maps. Perhaps the more concrete component of the saga is that Micol’s claims reflect the growing trend of satellite archeology being used by both amateurs and professionals. Whether or not these amateur archeologists have really unveiled pyramids to rival the Pyramids of Giza remains to be seen.

What do you think? – Ancient Egyptian pyramids that dwarf the Pyramids of Giza? Or nothing more than mounds of windswept rock dramatized by a bunch of “pyridiots”? 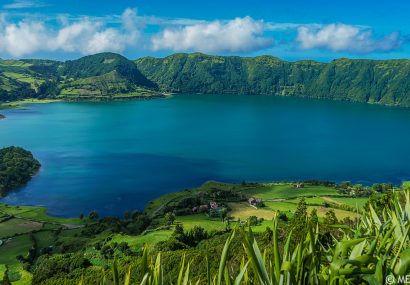