The Rise of the Drones and the Domestic Threat to Americans 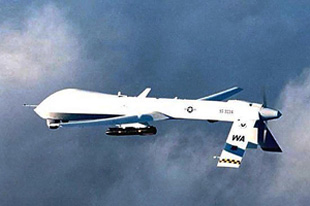 After years of ramping up covert drone strikes overseas, this May President Obama announced that he would be cutting back on the use of unmanned drones in the fight against terror.

The announcement this spring heralds an entirely new direction for an administration that has been viewed by most countries in the Middle East as heavy handed in its approach with using drones to assassinate suspected terrorists.

An interesting aspect of the shift is that control over the drones and target selection would not be managed by the CIA (Central Intelligence Agency), but instead the DOD (Department of Defense).

The most surprising admission from the Obama administration was that four Americans have been killed in drone attacks outside the regular battlefield areas of Afghanistan and Iraq. (1)

Ironically, as the Administration promises to ease off on drone attacks overseas, the use of drones for surveillance against U.S. civilians is dramatically on the rise inside of the United States.


The Rise of the Drones

The original use of drones by the United States government was primarily military – overseas surveillance and attack missions. However, according to an article published by the FCNL (Friends Committee on National Legislation), the Department of Homeland Security already owned nine Predator drones in 2012, with a planned purchase of a tenth Predator in September of that year. (2)

With the increased interest from authorities across the nation to use drones for everything from search and rescue missions to tracking armed suspects from the sky, there are already hundreds of small drone-manufacturing companies jumping to fill the niche.

One video from Aerovironment shows police pulling a drone called “Qube” out of the trunk of a squad car to track the movements of an armed suspect from the air. (3)

In 2009, there were 146 COAs (Certificate of Authorization) issued by the FAA for public entities to fly an unmanned aircraft in civil airspace. By February of 2013, there were 327 active COAs. (4) 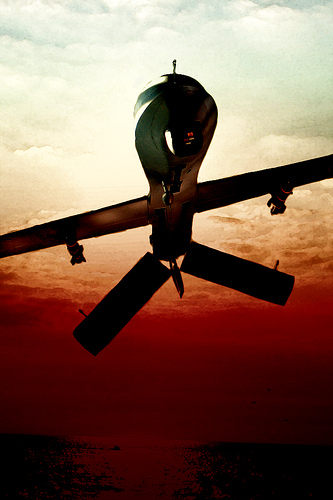 Not Everyone Likes Drones

While government intelligence agencies are facing flak for the unconstitutional electronic surveillance of American citizens, people are less open to allowing the use of drones for purposes of surveillance in the United States.

In fact, in May of 2013, the Texas Senate passed the Texas Privacy Act (HB 912), which bans the “…use of drones to capture photographs and video images on private property without permission of the owner…”

However, the bill still allows the use of drones by police and law enforcement.

On the other hand, town officials of Deer Trail, Colorado are taking on government surveillance using drones by passing a local ordinance providing “drone hunting licenses” for $25. The town will also provide a $100 bounty to anyone that successfully shoots down an unmanned aerial vehicle.

“This is a very symbolic ordinance. Basically, I do not believe in the idea of a surveillance society, and I believe we are heading that way.” (5)

The town will be voting on the ordinance on August 6th.

Jennifer Lynch of the Electronic Frontier Foundation told NPR News that the actual plans of police organizations for these devices are not anything to laugh at. According to Lynch, the proposed use of drones to photograph public gatherings, combined with current facial recognition technologies could lead to significant civil liberties concerns.

“With the advent of facial recognition and the ability to store images for a long period of time, it becomes really worrisome when you have a drone hovering over that sort of situation. And it’s not clear what sort of legal restrictions would prevent that activity.” (6)

The bottom line is that there is no solid legislation in place right now that will limit the use of drones for surveillance, or that will appropriately protect civil liberties and freedoms.

As the use of these drones increases, the public response to them will likely drive legislators to limit their use – but until then, it’s open season for authorities to fly drones over domestic airspace and photograph or videotape private property.