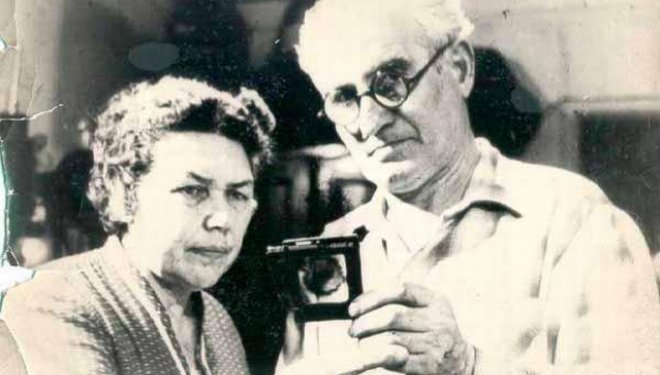 Did you know that there’s an entire community dedicated to the art of Kirlian photography – that is the photography of the spiritual aura or “life force” of living things? It is a surreal area of pseudoscience and paranormal speculation that has dates back to as early as 1939, when Semyon Davidovich Kirlian, a Russian electrician, first observed that electric sparks discharging between an electric plate and an object can actually form its own photography on photographic film.

The surreal imagery created by this unique photographic approach – which combines a bit of Tesla-ish high-voltage technology with a dash of human imagination – is actually fascinating to look at. Unfortunately, the seemingly focused sparks and patterns created by the corona discharges give paranormal enthusiasts and pseudoscientists volumes of abstract imagery to point to as “evidence” of living energy forces and auras.

Kirlian photography has a valid, rational explanation that electrical engineers and physicists understand. However, those not versed in electromagnetic fields and the behavior of electrically charged particles can be convinced that there are “other” forces at work that are spiritual in nature. The truth is that Kirlian photography is the result of easily explained and widely known scientific principles of electrical conductivity and corona discharges.

Once you’re done reading this article, you will fully understand the facts around what causes the Kirlian effect on photographic film, but that should not stop you from appreciating the beauty of the photographs.


The Story of Semyon Kirlian

Throughout the 1930’s, Kirlian was working as an electrician in the Russian town of Krasnodar. At the time, he was married to Valentina Khrisanovna, and by 1939 he had developed a solid reputation for his work repairing scientific and lab electronics in the area. In 1939, as the story goes, Kirlian witnessed a lab demonstration of a high-frequency d’Arsonval electrotherapy device, which caused a small flash of light between the electrodes of the device and the patient’s skin. (1)

The experience, and his interest in electricity, led him to experiment with trying to photograph the phenomenon. After successfully photographing an energy discharge around his hand (not without severely burning himself in the process), he and his wife proceeded to perfect a technique for electrical discharge photography that is known today as Kirlian photography. It’s a technique that involves electrical voltage, photographic film, and no camera required.

Over the years, the Kirlians accumulated what they considered to be “proof” of the human aura through the photographs. They claimed they could photograph the declining life of a picked leaf through a series of photographs, and eventually claimed they could provide an index of a person’s physical health, and could identify acupuncture points after treatment.

The problem with the efforts of the Kirlians is that they were not scientists. Semyon Kirlian was an electrician, so he could recognize that what he was dealing with when he saw the spark during the electrotherapy treatment was an interaction between electricity and the human body. What Kirlian didn’t fully understand was what that interaction was, and what it meant when he could “see” it on a photographic film.

What the Kirlians were observing was actually corona discharge, where air becomes ionized, allowing it to conduct electricity. This discharge had been utilized in pseudomedical equipment such as electrotherapy devices for many years since Nikola Tesla first invented the Tesla coil in 1891. The ability to produce a corona discharge so easily with a high-voltage, low-current device meant that applying corona discharges in various ways was very easy.

What few people using pseudomedical and pseudoscientific devices during the 1930’s understood was how the conductive properties of both air and objects would behave. This behavior, clearly displayed in Kirlian photography, simply added to the public mystery of these seemingly paranormal forces.

The Science of Kirlian Photographs

The method used to create Kirlian photos includes the use of an insulated discharge plate. Then, photographic sheet film is layered on top of that metal plate, and then the object to be photographed is placed on top of the photographic film. If the object is not a living thing (like a human hand or finger), then it is also grounded so as to improve the intensity of the corona discharge and achieve a brighter photograph. (2)

The reality is that this is nothing more than the same scientific mechanism used to generate corona discharges for years. Kirlian was only the first person to place a photographic film right in the middle of the process, capturing the artwork created by electron collisions with the film. The technique scientists were using since Tesla’s experiments could be represented with the same device if you flip the whole contraption over with the ground electrode on the bottom. (3) 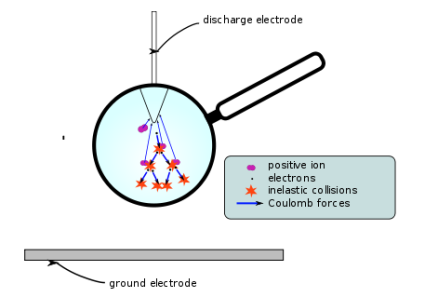 The effect of taking such a contraption and placing an object and a photographic film between the discharge electrode and the ground electrode is essentially capturing how the electron avalanches flowed through the object. Environmental factors that can affect how those electron avalanches flow and “glow” on the film includes moisture within the object, the conductivity of the object, humidity in the air, ionization of the air, and many other factors.

The most important effect on Kirlian photography is the water content within the objects. This would explain why the Kirlians believed they could photograph the life draining out of dying leaves – they were actually mapping out the reduced conductivity of the leaf as it slowly dried out.

The same is true for the effect the Kirlian’s saw when they cut off part of a leaf and then placed the leaf back on the photographic film and took another photograph. They claimed that the leaves showed up whole, as though the missing part had never been cut away – and they pointed to this as evidence that Kirlian photography could photograph the “life force” or aura of living things.

This effect was likely due to the fact that the Kirlians did not change the glass plate used to photograph the leaf, so the residual moisture left from the part of the leaf that had been cut off still remained. This allowed the electronics corona discharge to still occur on that part of the leaf – because the electrons were still flowing through the moisture on the plate, even though that portion of the leaf had been cut off.

This scientific fact was later proved by researchers at Drexel University, who noticed that the “cut leaf” effect did not occur when they replaced the glass with a new one before photographing the freshly cut leaf. (4)

This lack of understanding the basic science behind corona discharge permeates throughout the modern Kirlian photography hobby community, with pseudo-medical devices being marketed as capable of identifying human auras, human chakras and life force.

One good example of this is in the book “Mysteries – An Investigation Into the Occult, The Paranormal and the Supernatural”, where author Colin Wilson writes:

“When a man was photographed before taking a drink of alcohol, his fingertip was black; after the drink, the tip was literally ‘lit up’.”

It is human nature to apply extraordinary explanations to such an event. The author would have you believe that the calming effects of alcohol enlivened the aura of the man, and led to his fingertip “lighting up” with the energies created by his intoxication. The truth, however, is far more mundane. In holding the cold glass of alcohol, likely with a fresh film of condensation on the outside of it, the man successfully dampened his dry finger and increased its conductivity, making it an ideal object for the flow of electrons during the coronal discharge.

It is a perfect example of how the lack of scientific understanding about an event can lead to all sorts of wild and erroneous conclusions, and how that can also lead to the start of an elaborate and fraudulent meme that lives on in society, long after the original inventors are gone.