Project Pandora and US Government Microwave Experiments on Animals 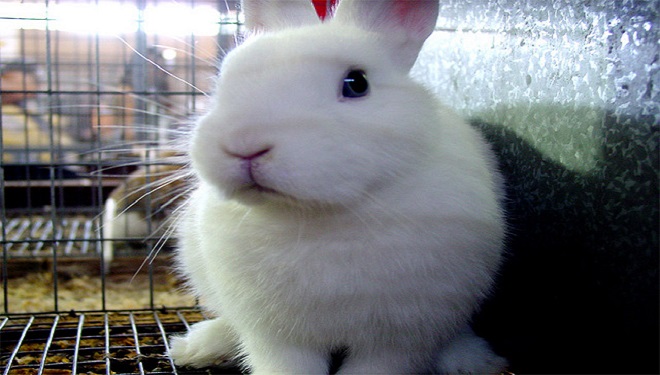 It is no secret that some of our nation’s greatest discoveries and scientific flops came at the expense of a large number of laboratory animals. A prime example of this expense is Project Acoustic Kitty, which we discussed in another article.


What Was Project Pandora?

Project Pandora was a research project conducted by the U.S. Government, from 1965 through 1970, to study the short-term and long-term effects of low intensity Microwaves.

The study was a result of the U.S. discovering that the U.S. Embassy in Russia was being bombarded with low intensity microwaves; however, the Americans were not clear on why.

These low-level microwave signals were nicknamed the “Moscow Signals”. Theories ran the gambit of controlling remote electronic devices to causing bodily harm or even mind control.

Bugsweeps.com reports that Dr. Zarat, a CIA researcher stated that the Russians thought, “For non-thermal irradiations, they believe that the electromagnetic field induced by the microwave environment affects the cell membrane, and this results in an increase of excitability or an increase in the level of excitation of nerve cells.“ (1)

In an attempt to prove/disprove the Russians’ theory, a microwave test facility was set up at the Walter Reed Army Institute of Research, Forest Glen Section.

To test the effects of low-intensity microwaves on living beings, researchers needed test subjects. Initial tests used rabbits as test subjects. Rabbits were chosen in an attempt to replicate a Russian experiment.

In a 1966 report, titled “Operational Procedure For Project Pandora Microwave Test Facility”, it was stated, “A number of Soviet studies have reported that low-level microwave irradiation, at or below 10mW/cm2, alters the heart rate of humans and animals.” (2)

So, to test this claim, Pandora researchers subjected 12 male albino rabbits to the same amount of low-intensity microwave radiation. The conclusion was that the variance in the rabbits’ heart rates that Russians claimed to be contributed to the microwaves was actually due to “the variation from one small sample of trials to another”. (2) Though this result was promising, Pandora researchers wanted more data.

The second round of testing required more human-like subjects;therefore, the tests used six monkeys. The monkeys that were used for the microwave tests were rhesus macaques (Macaca mulatta), better known as the rhesus monkey.

According to reports, the monkeys were exposed to microwaves with a strength of 4.6 mw/cm2. Researches noted that they did find “aberrations” on 40% of the chromosomes examined. Nevertheless, the final conclusion of the report stated:

“Exposure of adult monkeys to irradiation did not result in any statistically significant alteration in neuronal or glial cell populations in precentral or postcentral gyri (hand•face area), superior or middle temporal gyri or in visual cortex.”

Basically, the Pandora researchers came to the conclusion that low-intensity microwaves had little discernible mental and physical effect on living beings. Yet, it is interesting to note that the report asserts, “Although this agency is not presently involved in developing any directed energy microwave weapons, we do know that the United States, in the past, has conducted research and exploratory development on the generation of high power microwave radiation and its effect on electronic components.” (2)

Project Pandora, like many classified government projects, used a menagerie of living animal test subjects during the Cold War. Moreover, the projects hints at the fact that EMF devices were being researched as a weapon, not so much to harm people, but to disrupt electronic components.