Stowaways a Problem on Airliners

A young man hides in the bushes and waits. He has found a way to get through the lax security at an airport and believes he has a solution for getting out of his country.

An airliner taxis by. He takes a breath and launches himself toward the large tire of the aircraft. With the nimble surety of desperation, the young man flings himself upon the strut holding the tire just before the deafening roar of jet engines at full throttle signal takeoff.

Soon, he has swung up into the wheel well that holds this part of the landing gear, scared and hopeful as the airliner noses high and climbs for altitude.

This is a story from just last month.

The crew spotted the boy hiding near the runway and notified the tower. However, they were assured that security personnel would handle the situation.

But, when they turned onto the active runway, people in the cabin informed the crew that the fellow was sprinting toward them. Again, the airliner’s crew informed the tower. Again, they were told that everything was being taken care of and they were cleared for takeoff.

After the 30 minute flight and landing, the young man was arrested after he was spotted running from the aircraft.

According to Chris Ndulue, Arik Air Managing Director, “We are worried by the incessant security lapses at our airports.”


Dangers to the Body

The young man on the Arik Air flight was lucky. Although he was arrested, he was not injured or killed. He could have been run over, sucked into a jet engine intake, frozen, or asphyxiated when the airliner reached high altitude. In fact, it’s likely that he was saved by the fact that the aircraft never exceeded 20,000 feet and even that altitude was not for a long time.

With no heat, pressure, or oxygen in the wheel well, many opportunities for damage to the body present themselves when exposed to the cold, noise, and pressure changes of riding an airliner outside the pressurized cabin. They include tinnitus (ears ringing), deafness, hypothermia, frostbite, hypoxia, acidosis, and being injured by the action of the powerful system that retracts the landing gear, not to mention falling out of the sky when the wheel suddenly drops down out of the fuselage.

Humans start losing critical abilities like vision, strength, and a clear head by 18,000 feet and, by 22,000 feet, it’s hard to stay conscious. Keep going up, and the chances of making it back go down because you just can’t breathe well way up there and the temperature can reach -50F.

If you konk out and the wheels drop for landing, you’re going to drop as well.

Flight crews are required to use oxygen if the cabin pressure’s altitude is above only 12,500 feet (MSL) for only 30 minutes, so you can imagine what two or three times that altitude for a much longer time will do to a mind and body. Airliners typically fly for hours at or over 30,000 feet (MSL).

Aviators use several altitudes including MSL and AGL. MSL indicates Mean Sea Level: the altitude above the averaged-out level of the sea.

The altitude above the ground or surface is called AGL.

In Colorado, for example, you can be flying at 14,000 feet MSL and also be at 0 AGL when you smack into a mountaintop.
Unfortunately, any airliner making a significantly long trip is going to reach an altitude much higher than that for much longer. That makes the survivability of stowing away in the wheel well low.

Even if they survive the flight, they need to be awake, alert, and with enough strength to make it through gear deployment. An airliner typically deploys its gear before it reaches 1,500 feet (AGL): more than enough height to cause a fatal fall.

A few stowaways have survived going to great heights, but most don’t. Records kept from 1947 to September of 2012 indicate that only about 20% survive. 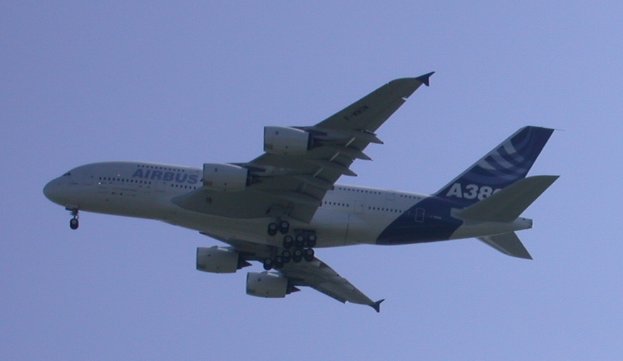 The occasional miracle like Fidel Maruhi occurs. The Tahitian survived a 7.5 hour flight from Papeete to Los Angeles but blacked out, had a body temperature of 79 degrees when found and, after being sent back to Tahiti, remembers nothing.

An even luckier man was Cuban Victor Alvarez Molina who escaped Cuba and made it to Montreal in a wheel well. What saved him? A leak in a pipe that seeped out warm air. His story also turned out better on the political side: he was granted refugee status.

However, most end up like the two Cuban schoolboys discussed at an inquest September 3, 2013. They slipped unnoticed into the gear of a British Airways airliner and died as the aircraft climbed to 37,000 feet.

Also on September 3, 2013, another young man tried to grab a free ride on the gear of another Arik Air flight from Benin. He was, however, apprehended.

Why Do They Do It?

It’s not hard to see why some people try to sneak onto aircraft and flee the circumstances in which they are living. If you were in that situation, you might, too.

The sad fact is that their desperate action is often a final one, and official numbers only count those who have been noticed.