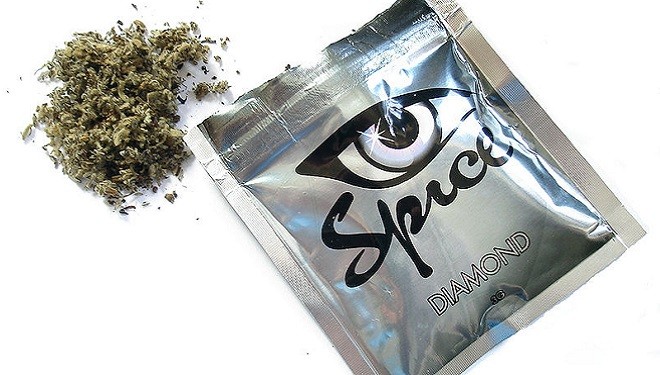 Most people have heard of the latest trend of synthetic cannabis, often claiming its “safety” or how harmless it really is. Teens and young adults are using this drug more than ever, and for some, the consequences have been extremely dangerous and in some cases, fatal.

The marketing for synthetic marijuana has been very cunning, often advertising the products as safe or harmless. The mixtures of numerous herbal ingredients do simulate a marijuana-like “high“. It is often sold as “incense” and labels on the package often warn consumers that the product is “not for human consumption”, a disclaimer by the makers of the product.

More times than not the contents resemble potpourri. It may contain dried, shredded plant material and chemicals that create the mind-altering effects. People buy it in head shops, convenience stores, and even on the Internet.

It is illegal to sell synthetic marijuana in some states. Most people compare synthetic cannabis to the new trend of homemade drugs such as “bath salts”. These products are known by such names as:

The American Society of Addiction Medicine (ASAM) has warned the public that smoking synthetic cannabinoids can result in symptoms that range from seizures to hallucinations to acute psychosis.

Most people whom are diagnosed with schizophrenia are between the ages of 18-24. Some people have a pre-disposition to this mental illness, which means that they are at a much higher risk of developing the long term chronic mental health illness.

According to the DSM-4, Schizophrenia is characterized by profound disruption in cognition and emotion, affecting the most fundamental human attributes:

The array of symptoms, while wide ranging, frequently include psychotic manifestations, such as hearing internal voices, experiencing other sensations not connected to an obvious source (hallucinations), assigning unusual significance or meaning to normal events, or holding fixed false personal beliefs (delusions).

It has been determined that young adults who smoke synthetic cannabis and have a pre-disposition for this disease are putting themselves at a huge risk for early onset. Unfortunately these products are popular among young people; of the illicit drugs most used by high school seniors, they are the second most abused drug. (They are more popular among boys than girls; sadly males have a higher risk of developing mental illness during this time period. Almost twice as many male senior students reported past-year use of synthetic marijuana as females in the same age group.)

The accessibility and the false notion that these products are “natural” and therefore will not cause ill effects have likely contributed to their popularity. Another selling point is that the chemicals used in Synthetic cannabis are not easily detected in standard drug tests, therefore young people on probation and are undergoing random drug screens who are likely to use these drugs. This increases the risk for the possible harm to this population.

More needs to be done on banning the production of this drug and stopping sales on Internet. The Drug Enforcement Agency has been developing undercover teams to arrest the makers of these products.