The First China UFO Sighting in 1981 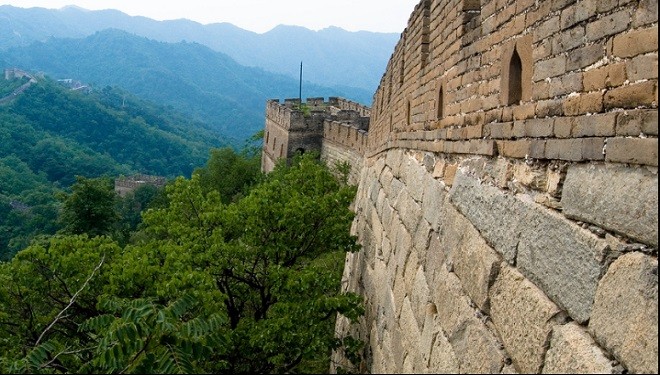 On July 24, 1981, hundreds of thousands of onlookers in 14 provinces across southwest and northwest China witnessed a huge brightly-lit star-shaped spot in the sky.

According to an official document compiled by Long Ruyi to the Foreign Technology Division at Wright Patterson Air Force Base, the spot became brighter and began to oscillate. Then a “cloud-like band of light formed around the circumference of the bright spot”.

Some 10,000,000 people simultaneously witnessed what was immediately deemed by many to be a “huge spiral shaped UFO”. (1)

The spiral UFO had an altitude of approximately 650 kilometers and traveled at a speed of about 1.6 km per second before it suddenly disappeared into the clear night sky, as stated by Professor Wang Sichao, a planetary astronomer at the Purple Hills Observatory of the Chinese Academy of Sciences. (2)

The sighting caused pandemonium in China. In the months following the sighting, the story dominated the headlines in newspapers, on radio stations and in TV news broadcasts throughout the country.

The New China News Agency transmitted the information internationally and the story caused sensation around the world. The US Center for UFO research in Illinois also followed the story with great interest. The Astronomical Observatory of Zijingshan released a communiqué stating:

“The population of 14 provinces in our country sighted this celestial phenomenon.” (2)

In the wake of the 1981 sighting, three main theories have been formed as to what the mysterious brightly-lit spiral the oscillated the night sky actually was – the “meteor theory”, the “aircraft theory” and the “flying saucer theory”.

The “meteor theory” claims that the UFO followed the direction of the earth’s revolution and passed by earth on a diagonal from inside the earth’s solar orbit, heading towards the sun. This viewpoint conjectures that the 1981 UFO traveled at an altitude of 5000 km and at a speed of 12 km per second.

However, as Long Ruyi’s report to the Foreign Technology Division states, the “meteor theory” is difficult to support and has been refuted by the facts. (1)

Some conceived that China’s first reported UFO was actually an aircraft or a spy satellite. Aircrafts or spacecrafts have long being a major source of UFO sightings. Ruyi, however, also cites the “aircraft theory” as being doubtful.

The skepticism towards this theory stems from the reported movements of the strange object. According to many eye-witness reports on the night of July 24, 1981, the UFO stopped during its flight and hovered for several minutes before quickly flying away.

Reports also claimed that it changed direction during its flight and appeared to move freely. This capacity is, according to critics of the “aircraft theory”, incomparable to any man-made spacecraft. (4)

The third main viewpoint to what China’s first UFO sighting actually was is that it was a flying saucer. Some of the tens of thousands of witnesses went as far as to claim that they could see a central bell-like object shape on the object as well as a row of portholes.

As Ruji wrote in his report, while this detail cannot be categorically denounced as psychological illusions, the assertion that the object was a flying saucer and has an alien source is lacking in proof. (1)

Aside from a few blurred photos of the object that were taken on the night of July 24, 1981, there is no other physical record of the incident. There is also a lack of flying saucers or types of aircraft in the huge collection of UFO-related photos or footage that have a distinct spiral trail like the one reported in 1981.

Interestingly, ufology was formerly a forbidden topic in China. During Mao’s long reign, all mention of UFOs was outlawed. It wasn’t until the late 1970s during Deng Xioping’s programs of economic reform, when the People’s Daily finally gave the go ahead for UFO reporting.

In the ensuing years, there has been a string of alleged UFO sightings. In 1994, Meng Zhhaoguo and two colleagues were working at the Red Flag logging camp in a northwestern area of Wuchang and claimed that they saw a strange metallic light flying over Mount Phoenix.

The co-workers claim that when they found the downed object, three-meter tall aliens emerged. The Meng Zhhaoguo Incident was examined by the state-sponsored UFO Research Society, which concluded that Meng Zhhaoguo’s claims were true. (5)

In 2010, a series of alleged UFO sightings occurred in China. On July 7, a UFO was spotted at an airport near Hangzhou. The airport was even shut down for two hours, with outgoing and incoming flights grounded until the sky was cleared. (6)

Two weeks later, another UFO sighting took place in Chongqing in Eastern China where witnesses said they saw “four lantern-like objects forming a diamond shape that hovered over the city’s Shaping Park for an hour”.

In October 2010, an airport in Inner Mongolia was reportedly closed after witnesses claimed to have seen a UFO disappear into a bright light. (7)

For a country that forbids ufology and the reporting of UFOs until fairly recent times, China treats UFOs with an unexpected seriousness. As well as having a UFO Club which studies the phenomenon as a science, the conservative state-run newspaper and television outlets often report UFO sightings. The country even has a bimonthly UFO magazine that is devoted to UFO research.

In fact, ever since more than 10,000,000 people collectively witnessed a UFO leaving a spiraling trail fly over southeastern and northeastern China, the country has had waves of mass UFO sightings. No scientific evidence or even sufficient footage has ever been available to enable a valid explanation to be made about 1981 sighting.

Despite the lack of evidence, UFO buffs in China claim support from distinguished scientists and cooperation with secretive military to give their work a scientific gloss of respectability.