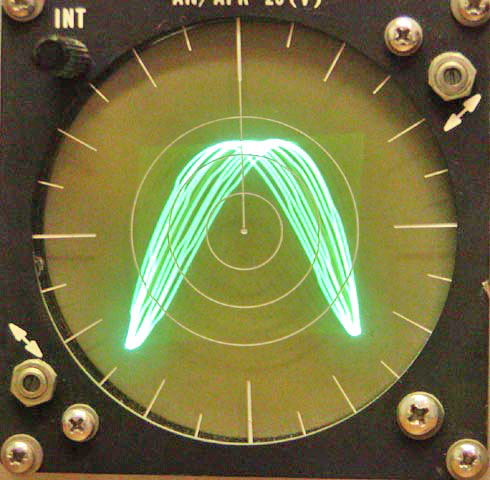 The current guru of psychotronics is an Englishman called Tim Rifat. However, one may know him by his other names like Ray St. Clair or as his lordship Gary Beaver. (1)

A con man of legend, Beaver claims psychotronic generators capture the energy of the user. When turned on, they can do all manner of things like ward off evil occult types, increase mental capacity, increase one’s income, and enhance one’s sexual prowess.

All they seem to really do is make annoying noises.

Beaver is something of a viral character; he has numerous websites and has amassed a rather large Internet following. (2) He has even been a regular on the ever-lame Jeff Rense show.

One of Beaver/Rifats influences appears to be Robert Pavlita, a Hungarian inventor who made waves in the late sixties and early seventies. Pavlita is one of the pioneers of the psychotronic generator. He went around Hungary and apparently researched and bought numerous old alchemist manuscripts. However, con artists like Rifat/Beaver have over exaggerated this aspect of his work.


Alchemy not Mysterious at all

Pavlita’s work showed how sophisticated experiments into electromagnetism had become by the late 18th Century. He also proved that individuals from the early Renaissance onwards suspected that humans themselves could generate magnetic fields and electric charges.

Indeed, part of the reason old alchemist tricks have become romanticized in the modern age is due to chemistry’s quest to become a legitimate science. By the 19th Century, scientific discoveries were becoming increasingly standardized and tested.

Many of the myths we have today concerning alchemy were dredged up by scientists trying to clean up their discipline. (3) These alchemists were the snake oil sales people of their era, however, in outing these individuals. They also created a popular counter belief that scientists and others had somehow stifled or stolen their ideas. This helped fuel hucksters like Aleister Crowley. (4)

Had scientists been a little less pretentious about the origins of their trade, the cranks would understand how science developed. They would understand that while Pavlita’s experiments still look impressive today to some, his experiments in the 50’s to the 70’s were a joke by the early twentieth century when polygraph testing, heartbeat monitoring, and the earliest experiments in heat detection/infrared technologies first began to emerge.

There was nothing telekinetic about his experiments with magnets in any form. Thus, Pavlita and the psychotronic movement were miles behind the times. (5) (6)

A few weeks ago, I discussed the CIA’s use of Uri Geller, as a conduit of disinformation making the KGB think the CIA was pouring funds into all manner of psychic funkiness. However, what many people like Rifat do not understand is that NSA interest in people like Pavlita was only skin-deep. Both the U.S and the Soviets were trying to throw one another off the scent of bigger projects and make the other side invest time and money in a wild goose chase. (7)

Hence, we return to Rifat/Beaver. On what purports to be one of his websites, Rifat has a series of lectures discussing psychotronic generators. His first commentary is essentially a tirade against anybody ripping his ideas off. Indeed, the man has some ideas; he discusses the creation of human zombie’s by the misuse of psychotronic generators by the Royal family and the Rothschilds.

In “Psychotronic Crystal, Psychotronic Generator Vampire Protocols Part 1”, he warns that if NATO tries to copy his technology “it will kill them”. He then calls himself a “super genius”.

Understandably, Rifat is a hero for all manner of space cadets and flakes. I could go on and waste precious hours of my life discussing this unhinged lunatic. However, I shall stop short and let the reader check the links. (8) I recommend not eating anything while reading as your laughter may cause you to choke on the food.