Why Alex Jones and Poorly Researched Conspiracies are So Popular 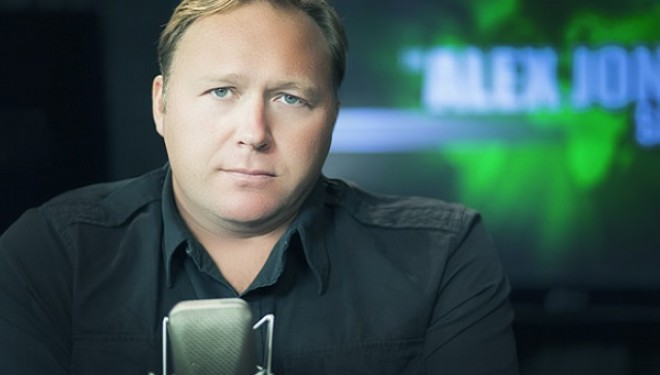 Prior to the tragic events of 9/11, conspiracy on the net was a broad landscape. JFK dominated in the political realm as did other issues. Sure, there was a lot of bogus information out there, but people tended to stay in their given territories.

Hence, I soon realized someone serious about hitting the conspiracy big time online would have to recruit top notch researchers, and evaluate their sources. Thus, it would take a lot of time and money to be a viable alternative to the main stream media (MSM).

One thing irked me, though. When Oliver Stone’s JFK came out in 1991, numerous charlatans had emerged hawking their crud. A clear example is conspiracy magnate Bill Cooper, who bought into the tacky theory of JFK’s limousine driver shooting Kennedy. (1)

However, Bill Cooper had his own territory and supporters. You could either ignore his bunk or join him (most credible people avoided him).

Nonetheless, in the wake of 9/11, one could not ignore any of “them”. A group of wealthy and forward thinking John Birch types (a gross generalization – but you get the idea) began creating or investing in conspiracy based networks.

Once a select few would bounce around a few stupid ideas that might or might not take hold. In the new era, one terrible idea triggered another, and they stuck. These networks clearly preferred ratings and hits rather than research, hence the alternate media began resembling something every bit as banal as the mainstream it professed to hate.

Emerging from this backdrop around 2001 was one Alexander Emerich Jones.

Many years later in 2013, I came across an article about Jones in the Seattle Times that discussed his wealth and how the Southern Poverty Law Center accused him of making “hate speech”. (2)

In fairness to Jones, while he has said some stupid things, I have seen no evidence of him being a racist. Sure, he rants against the government; nonetheless, he has every right to express his opinions. The story then fingered Jones for being a wild character and stirring up crazy conspiracy beliefs.

However, blaming Jones is a cop out. The government has created mass distrust in the U.S. public on an unprecedented level since the signing of the Patriot Act. Jones will never publicly admit to it, but the shallow MSM he derides has had a love affair with him for years, and have promoted him rather than encourage real debate.

One of the perplexing things about Syria is that the current situation is complex it appears the MSM are not reporting it correctly. The indie media can only imagine what is going on. (3)

People have forgotten that before Jones turned up there were reliable sources of information about international events in the Middle East. John Pilger and William Blum are two that spring to mind, and there are still other cool sources if you look around.

Nonetheless, a peculiar thing about Alex Jones promotion is it appears as if time and space have warped around him. Because were one to discuss credible information unsourced from the MSM today, it is assumed one gleaned this information from the likes of Jones.

This is demeaning to all genuine journalists, historians, and researchers who avoid him. However, one suspects this is part of the plan. In the days after 9/11, anyone against the Bush administration was a terrorist. Since Obama, any reasonable opinion revisiting past or present governmental indiscretions has become a conspiracy theorist. Henceforth Jones has become the embodiment of all dissent.

No one is safe from the title. 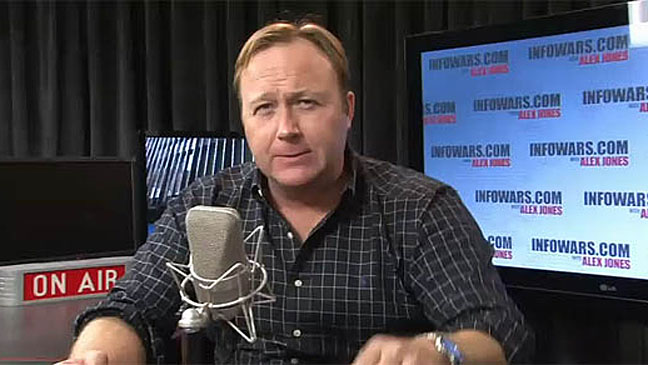 “Let the Sunstein In”

In 2008, Harvard Professor Cass Sunstein (who would go on to become an adviser in the Obama administration) published a paper with Adrian Vermule titled “Conspiracy Theories”.

Alex Jones ranted and raved about the report, and government disinformation was once again all the rage. He began discussing operations like Mockingbird, COINTELPRO and Chaos even more than he normally would.

Amongst serious, researchers, there had long been concerns that variations of these programs were still running in one way or another (well before Jones turned up). Thus, the alarm caused by Sunstein deserved some intelligent debate and there was some in serious circles. (4)

The Information Warrior Who Sees No Irony

The funny thing is since Sunstein made his comments, Jones’ stock has risen remarkably. He has been on CNN with Piers Morgan and on the BBC. Indeed, Jones coverage on the MSM and in indie sources has become acute.

This brings up a heated debate as to whom or what Jones is. As many people saw in Austin circa 2010, and on Piers Morgan, he clearly does not care about the gun owners he champions. (5)(6) He also has no concern about quality in his research (take a subject like JFK for example) or representing research properly when discussing the Bilderberg group on the Beeb. (7)(8)

Indeed, one of the funniest things I heard Jones admit to in an interview was he had relations who had retired from the CIA, and at family reunions, they assured him “he had gotten everything right”. (9)

Using the above comments, some of his enemies call Jones a “plant” and say they have direct evidence. I have looked into these allegations, and I do not see a story as many of the allegations appear undocumented or corroborated. I also have to say “big deal” if Jones has hired a CIA connected employee? (11)

His massive organization has made dodgy connections in much the same way Lyndon LaRouche’s has. Jones is the epitome of the “by any means necessary type”. He will take anyone’s help when he can get it. He also loves any attention, besides the mystery of his having connections to the company adds to his Google ranking. Sad to say but this article is feeding the troll himself.

The Straw Candidate for all Seasons

Thus, I think the best explanation of Jones comes from his old pal in the conspiracy radio circuit – Jack Blood. (12) (13)

From Bloods’ descriptions, it is clear that with Jones’ massive ego and obvious need to control even the most basic discourse he is a candidate for any Sunstein operation. Indeed, disruptive and divisive yet powerful people like Jones have been indirectly supported by governments for years.

He does not need to take orders, or have his scheme busted. He genuinely believes he is doing God’s work.

Josef Goebbels once stated, “Propaganda works best when those who are being manipulated are confident they are acting on their own free will.”

As we have seen from Jones getting his ideas from his agency relatives, anybody, with any inside dirt conforming to his world view gets his ear. For me, any agency person suddenly divulging secrets would make me run in the other direction.

It was amusing to go over some old criticisms of Jones, and in many ways, it was humbling. For all of my frustrations with the alternate media, it is necessary to remember that not everybody out there is like Jones.

There are many people on the conspiracy circuit who are often woefully paid, and exceptionally hard working. They do not want to build empires and are not egotistical. They cannot be selective of whom they take on because they have to keep their microphones humming as they live off of donations from their viewers. Indeed another story for another time would be how exploited and ripped off many are by the networks that host them.

Jones, unlike the other conspiracy jocks he lauds it over, has the resources and pull to have thoroughly researched individuals working for him, vet his staff for plants, and have credible people consistently on his show. Jones has not done any of this, and he prefers picking fights about his viewership numbers. This serves as an example of how the establishment, in focusing their attention on him, has chosen a winning straw candidate. (14)