Amazing Cases of People Brought Back to Life After Death 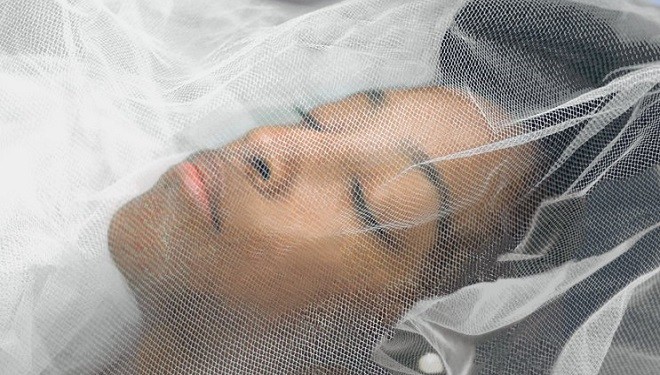 Stories of people who die and are resuscitated aren’t unusual, but when that person was dead for 45 minutes or even hours, then it becomes more than just a news story. These stories become what many tout as miracles and divine intervention. But, are they?

Ohio Man Dead for 45 Minutes Comes Back to Life

On August 5, 2013, an Ohio man, Tony Yahle (37 years old) died. The medical team tried to resuscitate him, but failed. He was declared dead. It was nearly an hour after he was declared dead as the attendants were preparing him for view by his family that the nurses noticed sudden “signs of life”.

Yahle was immediately medevaced to Ohio State University’s medical facility where he remained in a coma until five days later when he awoke without any signs of brain damage or other physical residue of his death.

What makes this story so compelling is that Yahle was declared dead for nearly an hour when he literally returned from the dead.

Yahle has no memory of the events. As far as he recalls, he went to bed that night, but it was five days later when he woke up and it was in a hospital. The night he died, his wife had called 911 when he seemed to stop breathing. Doctors have no explanation for what caused Yahle’s heart to stop beating or how he came back to life.

In a dramatic twist to this story, Yahle’s 18-year-old son told reporters that after his father died he spoke to his father, saying he wasn’t going to die that day. Just as the son turned to rejoin his family, Yahle’s heart started beating.

Yahle’s wife told reporters that God spoke directly to her and instructed her that if she had faith, her husband would live. Perplexed doctors have no answers, but one theory being discussed is that Yahle may have suffered a viral infection that caused his heart to stop beating. (1)

November 19, 2008, after an ATV (All-Terrain Vehicle) accident, Zach Dunlap was pronounced dead. His family gathered around his body in the hospital to pay their last respects when they noticed his foot and hand moved.

21-year-old Dunlap later told reporters that he had little recollection before and after the accident, but he clearly remembered hearing the doctors pronounce him dead. Dunlap was unable move at the time to let them know he was very much alive.

The brain scan had showed no activity and no blood flow to the brain. Yet, 48 days later, Dunlap was home with his family. While he hasn’t fully recovered, Dunlap is doing well. His brain continues to heal but he still suffers from memory lapses that are common with head traumas. Doctors are hopeful he will continue to recover and improve. (2)

Hug from Mother May Have Revived Dead Baby

One of the most moving stories of revival after death was a premature baby born to an Australian woman. Kate Ogg and her husband were told that their premature baby boy, Jamie, was dead after 20 minutes of attempts to resuscitate him. His twin sister, Emily, survived.

Ogg and her husband were given the lifeless baby boy to hold and say goodbye. Five minutes later, both parents notice the infant stirred. They cried out to the doctor, who assured them it was normal reflexes and their child was indeed dead.
Instinctively, Ogg held the child on her chest in what’s known as “kangaroo care”. This involves the mother holding the infant skin-to-skin, allowing her body warmth to aid the child. It’s a common practice in areas where incubators aren’t available and has saved many premature infants.

The Ogg’s son became more active, and yet the doctor continued to assure them that it was normal reflex. Two hours later, the baby opened his eyes and grabbed both parents’ fingers, yet, the medical staff refused to call the doctor back to the room. When the baby suckled his mom’s finger, she insisted the doctor return to the room and still the doctor refused.

Finally, out of desperation, Ogg’s husband informed the staff that they had reconciled to their son’s death and the doctor returned. Upon finding the infant very much alive, the doctor was astounded.

While the doctors cautioned Ogg that there were probably sound scientific reasons for the infant’s revival, her husband believes his wife’s instincts to use kangaroo care was what saved their son. (3)

In Argentina, a six-month infant born prematurely was pronounced dead and placed in cold storage for 10 hours. The mother insisted on seeing her baby once more, even though the child’s body had already been placed in a wooden coffin and nailed shut. The father pried open the coffin so his wife could have one last moment with their baby. When the woman touched the baby’s hand and the father removed the white cloth covering the baby, their daughter let out her first cry.

The hospital records indicate that the baby was born with no vital signs and was checked a second time by the neonatal unit. The baby was also observed for an extended while before being placed in the mortuary cold storage. The hospital team involved was suspended while the hospital investigated possible negligence. (4) Science Yet to be Understood

Are all of these cases miracles or are they simply science yet to be understood? According to critical care physician Sam Parnia, resuscitation research teeters on the threshold of major breakthroughs. Those advances could provide the technology to resuscitate a person up to 24 hours after death.

Fox News reported that Dr. Parnia stated it’s a common misconception that the brain is deprived of oxygen within three to five minutes of the heart stopping. The cases of people reviving as long as one to two hours after death without any brain damage is not as uncommon as most people think. (5)