Russia Building Attack Drones That May Put Predator to Shame 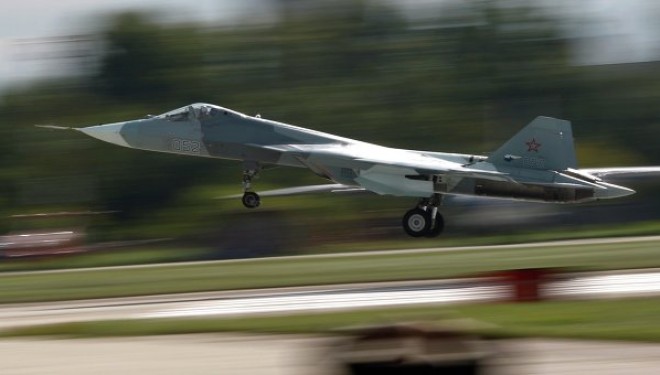 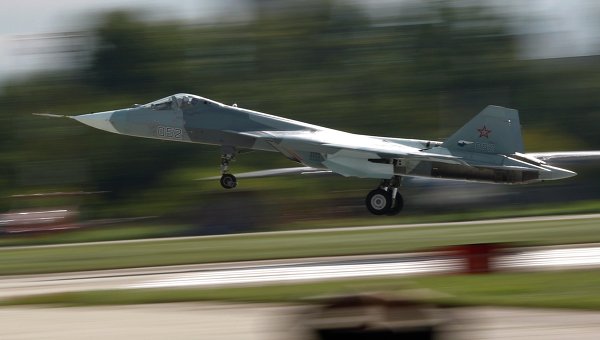 For years now, the world has heard all about U.S. military attacks in places like Pakistan and Somalia, with the attack drone known as the MQ-1 Predator, or more recently the MQ-9 Reaper, armed with Hellfire missiles. However, now the Russian military may be actively developing a massive, 20-ton attack drone that would dwarf the General Atomics drones by comparison.

The General Atomics MQ-9 Reaper weighs approximately 4,901 lbs (2,223 kg), or just under 2.5 tons. If the reports from the State-run Russian media outlet, Pravda, is true – the massive Russian attack drone would be nearly ten times heavier than the Reaper. It is essentially a miniature fighter aircraft that doesn’t require a pilot.

According to Pravda, the Russian aircraft manufacturer Sukhoi is in the process of building the prototype, set to be finished by 2018.

Up until now, the Russian drone development program lagged behind that of the rest of the world, so this announcement is a surprise. According to Vladimir Anokhin, the vice president of the Russian Academy of Geopolitical Issues, the effort will need to overcome the limitations of a limited industrial base and lack of skilled workers.

“We have wonderful teams that have spent decades working on this. But we do not have enough hands. We do not have the industrial base, we do not have skilled workers who could produce a massive amount of those drones that we need so much now.”

The development effort is funded by the Ministry of Defense of Russia, and it is likely that the 20-ton attack drone will not be the only aircraft to come out of the effort. Anokhin told Pravda that Russian plans for the craft are varied, and include being “sent to combat zones, to explore and carry out regular observations”. In other words, they will likely also include a family of surveillance drones. 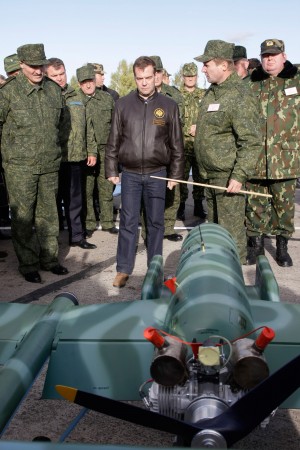 Russian Ramps Up as U.S. Scales Back

An October 6th LA Times report noted that the U.S. recently opted to try and capture Al Qaeda operatives in Africa, rather than sending in drones to kill the terrorists. The report notes one official as saying that, “as criticism over secret drone strikes has grown, President Obama has increasingly expressed a preference for capturing militants, rather than killing them.” (1)

The aversion to secret drone strikes follows yet another public policy report noting the failure of drone strikes to make a positive impact in areas of the world where they are used. The most recent report came from the Strategic Studies Institute of the U.S. Army War College.

“[O]ne reasonably consistent finding … is that drone strikes have little influence, positive or negative, on the amount of in­surgent violence that occurs in Afghanistan.” (2)

While the Army War College hesitates to point out any negative impact of drone strikes, another project from the Bureau of Investigative Journalism seeks to properly record the names of all of the people that have been killed by U.S. drone strikes in Pakistan. The project was launched after journalists discovered that only one in five victims have actually been identified – and many suspect that most of the victims were not insurgents, or even any threat to the United States or its interests in the area.

The CIA has claimed over 600 militants have been killed by drone strikes since 2010, with no civilian deaths. Journalists and researchers disagree with the claim, and the TBIJ investigation and final report may very well prove the reality of U.S. drone strikes in Pakistan. It may be a reality that the U.S. military and the White House may not enjoy having to face.

Despite the fact that Pravda makes it sound as though the Russian development of the drone is well underway, an interesting report by the Epoch Times notes a number of problems that the Russians face in attempting to develop the aircraft.

Russian experts have actually been trying to develop a one-ton drone since 2011, and are having trouble finishing that project even two years later.

In 2012, the Russian Defense Ministry invested $158 million into the state-owned company Russian Helicopters in order to develop its own set of drones. It was a development effort that failed to meet the “standards the Russian military was looking for”. (2)

Russian interest was sparked after observing Israeli drone activity in Georgia, and then purchasing 12 spy drones from Israel in 2009. According to Iran sources, the Russians had actually inspected U.S. drones that were downed in Tehran. It was later revealed that an RQ-170 Sentinel drone had actually been downed by Iran in 2011, and so Russia could have had access to the RQ-170 Sentinel technology.

It remains to be seen just how successful the Russian drone development program will be, or what impact it’ll have for its neighbors once Russia begins running strike or surveillance missions using its new arsenal of drones.