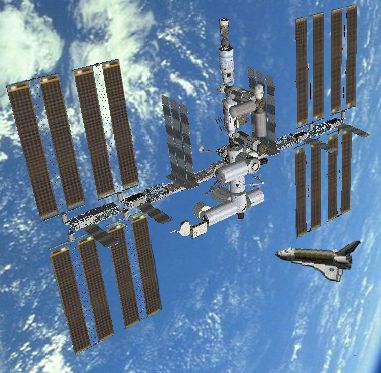 Space station tracking is actually pretty easy, considering that the ISS is the brightest object in the sky whenever it’s in orbit right above you, on a clear night. However, most people have no idea that The Station – with its human inhabitants and hurtling through space at thousands of miles an hour – is visible in the sky above them.

NASA offers a service where you can choose from an email alert or a text alert (or both), and never miss another ISS sighting again. So get your telescopes ready, and check out how you can set up your alerts and learn more about the International Space Station.

Once you’re ready to start getting daily alerts whenever the space station is visible, just head on over to NASA’s Spot the Station page and click on the blue “Sign Up” button on the right side of the page.

The sign-up page looks like you can only sign up for email alerts, but if you want to receive a text message, all you have to do is type your phone number followed by the carrier on the other side of the @ symbol. For example, if your carrier is Verizon, you would type in xxxxxxxxxxx@vtext.com (replacing the x’s with your phone number).

Once you step all the way through the short process (which includes confirming the registration via email), you should receive the following confirmation screen. 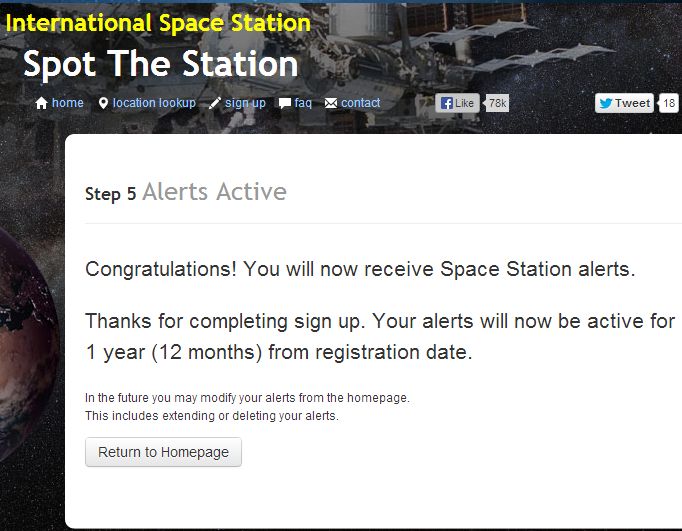 The alert will stay active for twelve months (or until you return to the Spot the Station page and delete it). From this point on, whenever the ISS can be sighted in the sky above your location, you’ll receive an email alert that looks like the following message. 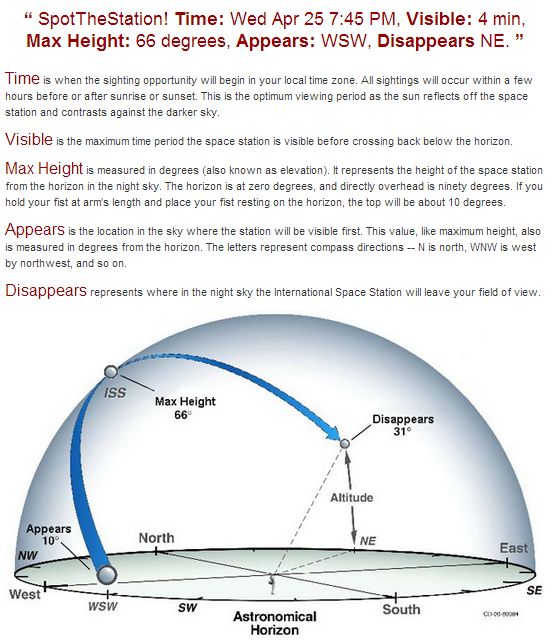 The space station tracking message tells you what time the ISS is visible, how long it will be visible, and the location in the sky where you should be able to spot it. When you get the message, run outside and look to the skies – you’re sure to see the International Space Station shooting across the sky to a backdrop of stars.

If you don’t want to wait for your email or text message, the Spot the Station website also offers a useful look-up tool that you can use to check for the next day and time that the space station will be visible above your location. 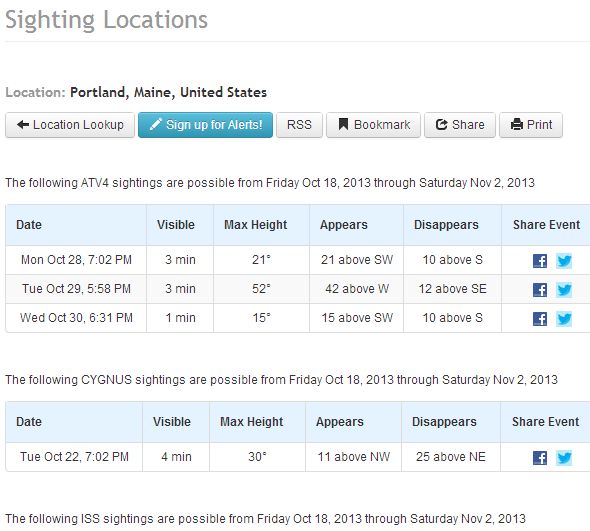 If you can’t get enough of the ISS, I highly recommend that you click on the “Interactive Features” link in the menu, and scroll down to the NASA ISS Interactive Reference Guide.

The reference guide offers all kinds of cool, interactive things to explore straight from the main menu – which you can browse as a rendering of the space station floats high above the Earth in the animation featured over the menu.

You can do some really awesome things like checking out how the crew of the ISS eats, where they sleep and how they exercise. Through each step of learning about the ISS, you’ll see an animated guide talking you through the tour. 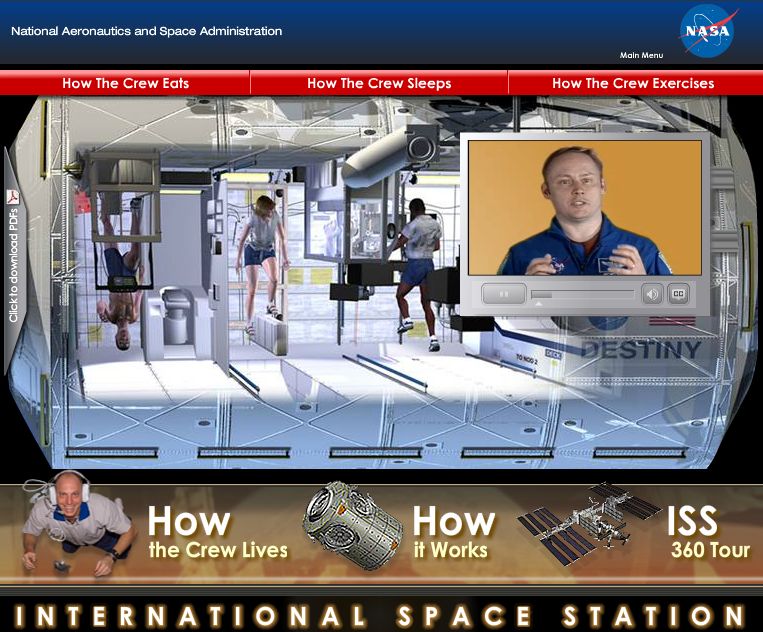 Finally (and best of all, in my opinion) is the very cool 360 degree ISS tour, where you get to actually fly around the International Space Station, exploring every inch of it as though you were actually there. Look in all directions and move around just as you would in most other 360-degree online tours. Navigating is easy, and exploring the ISS is very addictive! 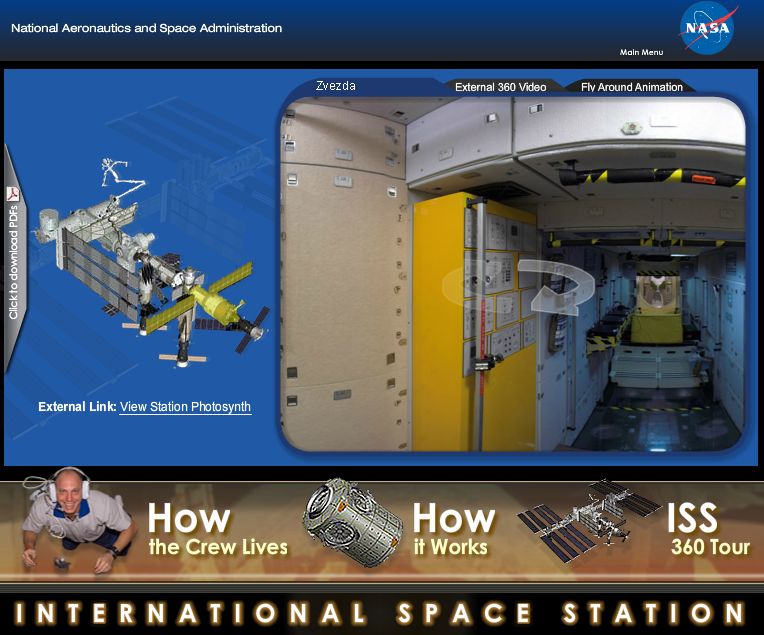 So, if you’re a space station fanatic like us and you love the idea of being able to track the space station and automatically get email or text alerts when you can see it, definitely sign up for the Spot the Station alert service. And then, while you’re waiting to receive your next alert, take advantage of NASA’s cool interactive tour of the ISS.

Spot the ISS in the sky with the text or email alerts, and then explore the inside of the ISS using NASA’s interactive tour. You’ll feel like you’re actually there!