The George Polk Murder and the CIA Cover-Up 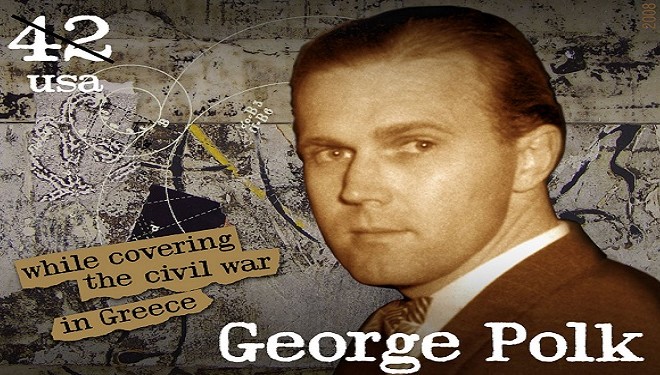 On May 16, 1948, a CBS journalist, George Polk, reporting on the civil war in Greece was found dead with his hands tied behind his back back and shot at point blank range in the back of the head.

The Polk execution was a two-fold mystery in that it was unclear who exactly was responsible for his murder and that it appears the CIA is attempting to cover up the actual events of what occurred. It also appears that the National Security Archive may have a solid case for a CIA cover up.

George Polk was a CBS reporter covering the civil war in Greece between the Greek government and the Greek Communist Party. This has been considered to be one of the first battles of the Cold War.

While reporting in Greece, Polk was very vocal and very critical toward both sides of the conflict. He was particularly critical of the Truman Administration’s support of the Greek government. With Polk stepping on so many toes, it is not a surprise that he was discovered murdered, execution style. However, the big question was who committed the act.

Initially two young men, both Communists, were convicted of his murder. A third man, a Communist Journalist, was convicted in aiding the men. However, nearly three decades later it was discovered that the three men were framed for the murder. This discovery once again raised the question, who killed George Polk?

Since the revelation that the three communist men were framed for the murder of George Polk, many have theorized that it was actually the Greek government, which was being financially supported by the American government, that was responsible for Polk’s murder.

Of course, there have been many other theories surrounding the journalist’s death. Many of these theories have been recounted in a number of books which do not blame the communists nor the Greek government. With so many theories circling George Polk’s death, his family sought to get some answers about his death.

The original release had a number of redacted files that it was hoped could reveal more information surrounding Polk’s mysterious death. But instead of getting answers, the National Security Archive and Polk’s family received more questions.

Basically several documents involving the Polk case along with the entire collections these documents were associated with were destroyed. Unfortunately, another review of the Polk case is now impossible; additionally, two other possible issues arise.

One issue is that the CIA routinely destroys items from the historical record. However, a more concerning implication could be that the CIA actually targeted the Polk papers, not as some part of a routine procedure, but instead as an attempt to cover up any knowledge the agency may have had about Polk’s case.

Could it be possible that the CIA was aware that the Greek government was responsible for the execution-style murder of George Polk, an American Journalist, but turned a blind eye to it because Greece was one of America’s allies in the fight against Communism. We may never know now that the CIA admitted to the destruction of these important papers.