Why Household Fruit and Sunlight May Not Be a Good Combination 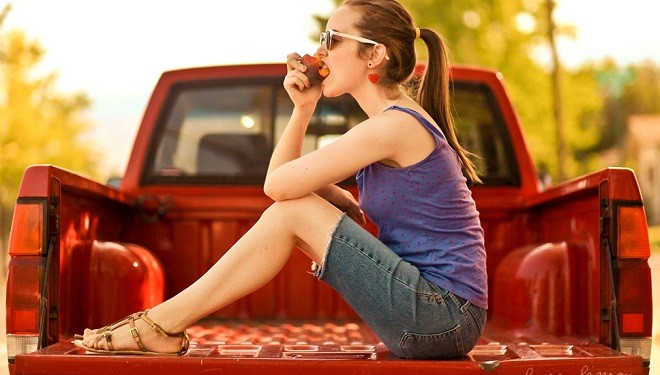 It’s a bizarre and frightening story that every parent should hear. Stephanie Ellwanger of Hanford, California is determined to get the word out to other parents so they won’t go through what she, her daughters and three other girls went through.

No parent would ever imagine that an innocent afternoon at the pool could turn into a nightmare for five young girls and their families and baffle doctors. But, that’s what happened to Ellwanger and the other four families as doctors tried to determine what caused severe burns on their daughters’ faces, hands, arms and legs.

It all began when Ellwanger took her daughters, Jewels (12) and Jazmyn (9) on a play date with their friends Reyghan, Candy and Bailey. The pool party was hosted by Ellwanger’s mother and the five girls seemed to have a wonderful, fun five hours of playing in and around the pool. They splashed about in the pool, played games and at one point even had a tea party using some of the limes from a tree growing near the pool. (1)

All in all, the girls had a very good day playing together. They returned to their homes, unaware that the days’ events were about to turn their lives into a nightmare.

That night, after bath time, Jewels and Jazmyn complained of their mouths hurting and Ellwanger noticed what seemed to be sunburn around their mouths. She noticed a few blisters had popped up around the girls’ lips and so like any good mom, she slathered some hydrocortisone cream on the tiny blisters and tucked them into bed.

What happened next was to baffle doctors in the emergency room as Ellwanger’s daughters awoke with huge blisters on their faces, arms and legs. Their lips were swollen and they were in excruciating pain. In checking with the other parents, Ellwanger learned that the other girls also had blisters, some worse than others. Eventually some of the blisters grew to the size of softballs. (1)

One girl was taken to the emergency room for second degree burns that doctors said appeared to be acid burns. She was admitted into the burn unit.

Everyone, including the doctors, was at a loss as to what had caused the girls’ injuries. By nightfall, all five girls had been admitted into the hospital and put on morphine drips for severe pain.

With at least 15% of their bodies covered in blistery burns, Ellwanger recounted the swim date outing, trying to discover what had caused such a severe reaction in the girls.

It was especially confounding since, according to Elwanger, all of the girls had applied sunblock before going to the pool. (1) The doctors agreed that the girls had suffered some form of chemical burns. Pool chemicals were quickly ruled out since Ellwanger had been in the pool at the same time as the girls and she didn’t have any burns.

It was Ellwanger’s determination to solve the mystery that lead her to the culprit as she pieced the mystery puzzle together. The one thing the girls all had in common but not with Ellwanger was the lime juice. After researching online, Ellwanger discovered that it was possible that the lime juice mixing with the sun’s ultraviolet rays had caused the girls’ burns. When the acidic lime juice is exposed to the ultraviolet rays of the sun, it creates a chemical reaction that will burn exposed skin with the potency of a harsh acid. Ellwanger recalled that when the girls had squeezed the limes into the teacups, the juice had run down their arms and legs creating the pattern of their second-degree burns.

The condition is commonly referred to as Lime Disease, not to be confused with the tick-borne Lyme disease. The medical term is phytophotodermatitis and is a photosensitizing of natural compounds that are found in citrus fruits as well as other plants and vegetables, such as parsnips. (2)

Girls Treated and Released from Hospital

It took three days for the girls to stabilize enough to be taken out of ICU (Intensive Care Unit), but they spent the next two weeks in the hospital. When they were finally able to return home, it was with doctor orders to stay out of sunlight for a minimum of six months. (3)

Doctors don’t know if the girls will ever be able to go back in the sunlight. They fear that the chemical reaction could be permanent. So for now, the girls must wait before daring another play date in sunshine. In six months, doctors will reassess each girl’s situation.

The long-term prognosis for whether or not the girls will be able to return to normal lives is still unknown. It will no doubt be very difficult for the parents to risk their daughters going through the same torture a second time. The memory of that innocent tea party will no doubt stay with all five families. For the girls, their burn scars will hopefully diminish over time. Only time will tell if their condition is life-long or temporary.