A Worse Case Scenario Following a US Government Default 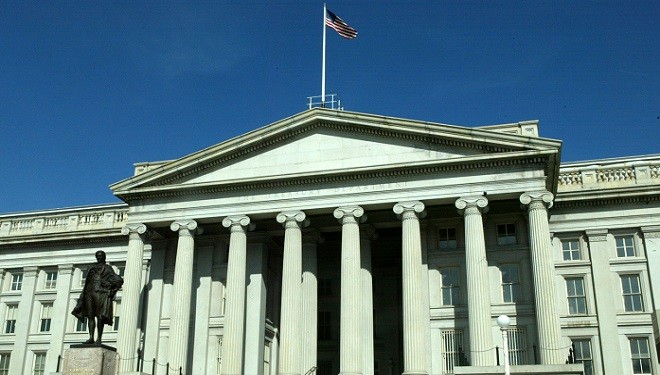 October 15th marked off the 15th day of the government shutdown, and the U.S. House once again failed to come to any sort of compromise to end the impasse. Republican and Democratic leaders in the Senate have told reporters that they believe they’re close to a deal that will prevent a U.S. government default on its debts, however at this point, the American public is losing faith in the leadership.

With what looks like growing disarray and failed deals, people are now turning toward the potential for U.S. government default and wondering what it means to the general public and what will happen to the country.

Not only will government workers fail to return to work until the government shutdown ends, but if Congress fails to reach a deal by today – Thursday, October 17th – it could have grave implications for both the national and the global economy. What does that mean to you, and how could it affect your life?

Back in July, Dennis described the signs of impending financial Armageddon. Are we facing the reality of that this week?

Without the ability to borrow money to pay its bills, the U.S. Treasury will lack approximately $30 billion per day to pay the U.S. Government’s bills. Those bills are not anything to sneeze at either. You’re talking Social Security, Medicare, the U.S. military, educational programs, research programs, food and drug safety, law enforcement – the list goes on.

Once the U.S. government announces that it can’t pay its bills, experts predict that the fallout will be worse than the 2008 economic collapse. It will start with delayed payments to Social Security, Medicare and Medicaid recipients. Forget about IRS tax refunds.

Next, the value of the dollar will plummet, and interest rates will immediately rise thereafter. If you have credit cards, you will see the interest rates transform monthly payments into unmanageable amounts, of which you need to pay with a paycheck that will likely shrink or disappear once the job cuts begin, as companies move to stem the budgetary bleeding.

Interest rates will make student loans more expensive, businesses will no longer have the ability to borrow, and the real estate market will dive as potential buyers no longer qualify for more expensive loans.

Banks have been preparing contingency plans for this scenario for weeks before the U.S. government entered into its political turmoil. There is agreement among most financial experts that failure of the U.S. to pay interest on its debts will result in an immediate crash of all stock markets around the world.

A worse case scenario would mean a resulting halt in financial growth around the world, money market funds (and as a result, many retirement plans) would collapse. An even worse case scenario involves a situation where investors panic and there is a run on the banks. As everyone runs to pull their money out of the banks, some financial institutions may attempt to freeze assets in order to protect cash on hand. The U.S. government guarantee on savings deposits up to $250,000 through FDIC insurance will no longer hold much water for John Q public.

Major financial institutions could fail. As banks strive to hoard cash, it’ll become impossible to borrow for things like cars, small business loans, or anything else.

The irony is that during the 2008 financial collapse, many investors raced to buy up U.S. Treasuries, a single safe haven in a climate where there are few financial safe-havens.

Will winning the battle against Obamacare really seem so important then?