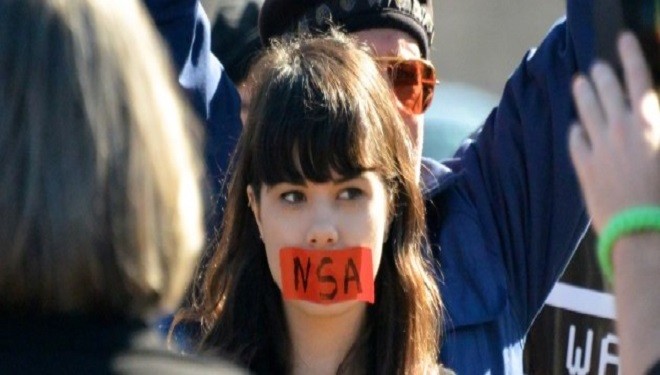 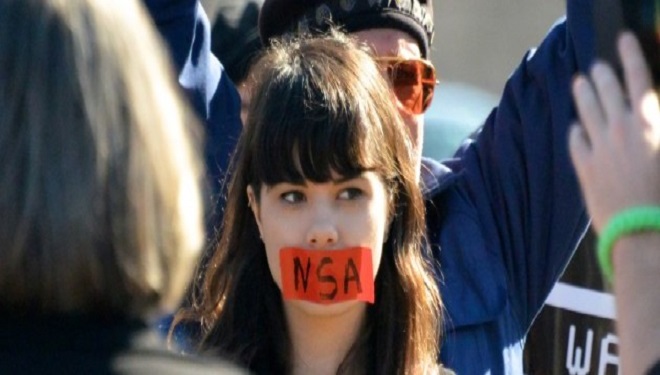 As more details come to light about the global reach of the NSA’s spying program, U.S. Citizens are banning together to demonstrate to our elected officials that Americans do not approve of the government invading their privacy; even if it is in the name of national security.

Thousands marched on Washington to not only protest against the NSA’s surveillance tactics, but also to thank Edward Snowden for bringing these tactics to light. Furthermore, it appears that these protests may be here to stay if government officials cannot provide a satisfying solution to the issue; which, of course, is the end of the massive domestic spying program.

On October 26, 2013, an estimated 2,000 people from more than 100 different public advocacy groups marched on Washington D.C. to express their disapproval of the secret spying program that has been brought to light by Edward Snowden. Protesters, from both political parties, banned together in an effort to bring down the program.

More than just a march, the bipartisan protesters chanted and carried signs all to voice their disapproval. However, the protesters also expressed their approval of Snowden’s actions despite the government’s attempt to vilify the whistle blower. Along with signs calling for the dismantling of the spy program, many marchers carried signs expressing their gratitude toward Snowden.

During a portion of the rally, a statement from Snowden was read that outlined that depths to which government could spy on phone calls and Internet transactions. Speakers even quoted Snowden as stating:

“Our representatives in Congress tell us this is not surveillance. They’re wrong!” (1)

This statement comes on the heels of Snowden’s latest release in which he states that the U.S. Government has been monitoring the phone of German Chancellor Angela Merke. Contrary to what the protesters are advocating, the government claims that the all of this “data gathering” is legal under the Patriot Act and is required to fight the war on terrorism. However, this so-called data gathering could actually be detrimental to the anti-terrorism effort.

All word leaders agree that some degree of surveillance is required to be able to fight a war against terrorism. Herman Van Rompuy, president of the European Council, stated, “(European leaders) stressed that intelligence gathering is a vital element in the fight against terrorism.” (2)

Yet, world leaders also maintain that data gathering can only be successful if countries will cooperate with each other. Since Snowden’s accusation concerning the U.S. Spy program targeting citizens and world leaders has been made, that cooperation is in jeopardy.

And, if what Van Rompuy says is true, then the idea of a successful data gathering program targeting terrorists is in jeopardy, as well. “A lack of trust could prejudice the necessary cooperation in the field of intelligence gathering.”(2)

Protecting the Rights of Citizens

Even though data gathering is an integral part of the war on terrorism, privacy advocates are calling for our government to protect the rights that we already have. Not only are the advocates marching on the country’s capitol, but there are doing what they can to change the legal framework that the government hides behind. According to Aljazeera News:

“The protesters handed to Congress an online petition signed by 575,000 people urging lawmakers to ‘reveal the full extent of the NSA’s spying programmes.’” (3)

It seems congress has stated that it plans to write bills and hold hearings, but only time will tell if it will be enough or if it is only a weak attempt to placate the protesters.

As Edward Snowden releases more information about the far-reaching U.S. Spy program, American citizens and world leaders (who are supposed to be American allies) have voiced their disapproval of the NSA’s mass invasion of privacy.

Americans are also voicing that the government cannot just hide behind the threat of terrorism to justify their tactics. The big question remains, will government officials heed the calls of the American voters who put them in office or will the government continue down a road that can only end in tyranny.